St Colm's down the 'Dean' to book final spot

Ballygawley now stand in the way of a title bid 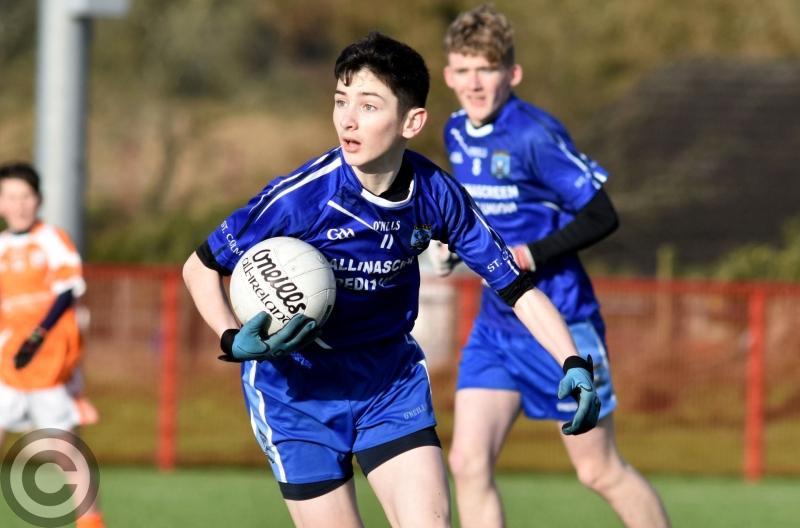 A controlled second-half and a clinching goal from Fearghal Bradley shot St Colm's through to another Ulster Final, after their Arthurs Cup semi-final win on Monday over Dean Maguirc Carrickmore.

They now face another Tyrone outfit, St Ciaran's Ballygawley, after their 1-13 to 2-7 win over St Columb's Derry in Tuesday's second semi-final.

Two years ago this St Colm’s squad were Gerry Brown (U14.5 'D') champions and have moved up a grade.

The Derry side took the early lead with two frees from Ryan McCullagh but were rocked when Dean Maguirc hit back with a goal.

St Colm's didn't flinch and responded to their setback and began to assume control of the game.  Points from Ryan McElhennon, McCullagh and Aodan McCallion helped them grab a slender leaded at the break, 0-8 to 1-2.

St Colm’s continued where they left off.  With the accurate McCullagh and McElhennon on target, they worked themselves into a commanding position. They later cemented their dominance with a goal from Fearghal Bradley.