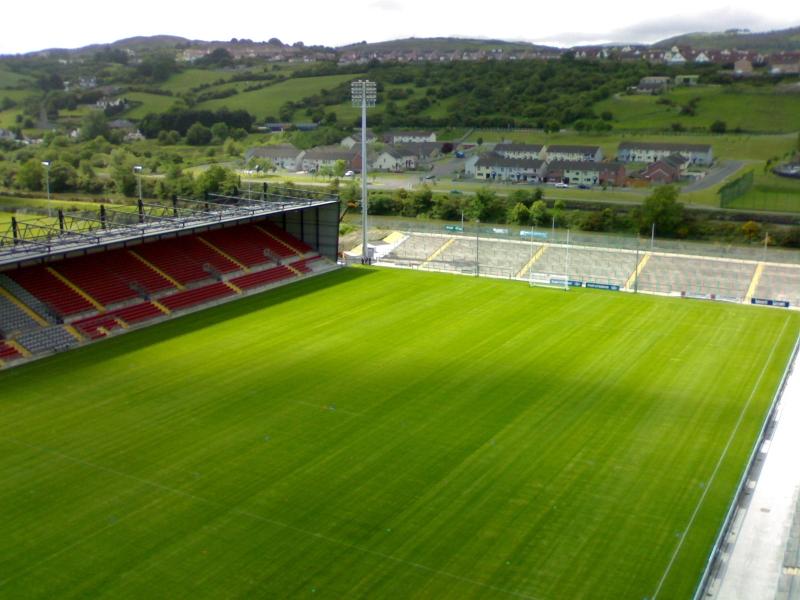 Newry's Páirc Esler will have a second pitch inspection on Sunday morning, ahead of Ulster's camogie and hurling final double bill.

The surface in Newry was deemed playable following an inspection on Saturday afternoon but with further rain forecast, it will be inspected again on Sunday morning at 9.45.

The games were originally fixed for Armagh's Athletic Grounds but after it was declared unplayable in mid-week, a decision was to switch them to Newry

Slaughtneil are due to play Loughgiel at 1.00 in camogie decider with the Emmet's hurlers taking on Dunloy at 3.00.

This all comes after the intermediate and junior finals were both postponed on Saturday afternoon.

Coleraine's meeting with Newry Shamrocks, planned for The Dub, fell victim to the rain.

Dungannon's intermediate final against Naomh Éanna was also postponed after Owenbeg was deemed to be waterlogged.

Part of the session with Derek McGrath at today's @ONeills1918 Coaching and Games Conference at Owenbeg pic.twitter.com/X5qghHNTsE