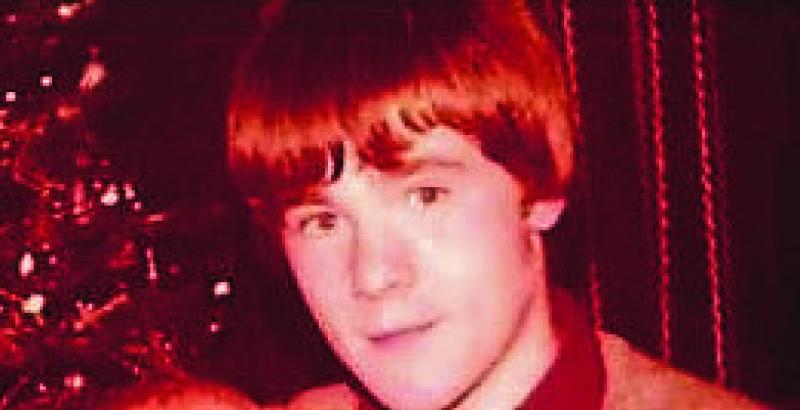 Derry schoolboy Paul Whitters was killed by a plastic bullet fired at close range by a member of the RUC in April 1981.

The British Government have managed over the course of the past year to do something many never thought possible – there is unity among victims and survivors and the political parties in N. Ireland and Ireland in opposition to their legacy proposals which subvert the rule of law and suppresses justice, truth and accountability.

Current Downing Street proposals create a wholesale amnesty for those in state agencies and illegal militias responsible for the worst in the conflict. It slams shut the door to effective criminal investigations, to the already small prospect of criminal prosecutions, to inquests and to civil actions. All should stand in solidarity with victims and survivors.

The scale of the amnesty is immense. A recent report said it was the worst proposed anywhere in the world, worse than the 200+ models over recent decades in places emerging from conflict, worse than that introduced by the Pinochet military dictatorship in Chile.

STAKE KNIFE IS FRONT and CENTRE

Why? What is to fear? The proposals would mean that the current Jon Boucher 'Kenova' investigation into the activities of the British agent known as 'Stake Knife' would be closed. There are people – members or previously members of state agencies and militias - who will not want Kenova to see the light of day, want to see its work and its outcomes suppressed. Stake-knife is front and centre in the thinking behind the London approach.

The justified rage against all of this is rightly directed against London. But suppression of justice and truth is the agenda of state agencies and the illegal militias. Those in command and control of both have a common interest that less not more is known, that the spotlight fades from the brutality of what was visited on the people of Derry and the people of Ireland.

The opposition travel far beyond victims and survivors and political parties. The United Nations Human Rights Council has 'expressed grave concern' over the British Government's legacy proposals and said they 'foreclose the pursuit of justice and accountability for the serious human rights violations committed during the Troubles and thwart victims' rights to truth and to an effective remedy for the harm suffered, placing the United Kingdom in flagrant violation of its international obligations.' The Council of Europe speaks out, the Dublin Government, US political leaders… the weight and range of opposition is verging on unanimous.

The most critical voices are those of victims, survivors and advocates. Together they speak out against these proposals. Their voices are clear and true and dignified and powerful. The victims' groups I have met with reject these proposals wholeheartedly not because they want to remain in the past but because they have been denied fundamental truths about what happened to their loved ones.

For years, families and victims' groups have kept up the fight for truth and justice for their loved ones in their own reserved, dignified way. Earlier this year, I called on Boris Johnson to come with me to meet the Bloody Sunday families, the family of Paul Whitters and the countless loved ones of those killed by the IRA and tell them that they are not entitled to go through the justice process like everybody else.

He is yet to take me up on my offer. It shows that even Boris Johnson cannot look victims and families in the eye. He cannot produce the worst model of amnesty in decades anywhere and then claim that reject it as barriers to reconciliation.

I have walked the same streets with victims' campaigners where the British Army and paramilitaries murdered their loved ones, I have stood with them outside 10 Downing Street against these flagrant attempts by the British Government to close off remaining routes to truth and justice. Victims and families deserve respect and to be consulted because the only proper way to a reconciled future is to listen, understand, and engage with those our troubled past has affected most.

WE ARE SECOND CLASS

The British Government proposals create separate classes of cases. People across Derry will be subject to the rule of law, to criminal investigation for wrongdoing. You and me and our families and friends. But another group of people will receive special treatment because of the uniform they wore. They will not be subject to the rule of law. We will be second class citizens. In this great city, the frontline of democratic resistance to being treated as second-class, now in 2021 it is alive and well.

In addition, if murder by the British Army, a state force or paramilitary happened in Newcastle, London or any other city in Britain, these proposals wouldn't even be entertained by the British government of the day, never mind being railroaded through against the wishes of those whom it will affect.

As the MP for Foyle, I have raised the cases of Paul Whitters, Julie Livingstone and Paul Quinn with Boris Johnson and have called out his government at every turn when they act in bad faith on legacy.

Last November, I called for a public inquiry into the murder of solicitor Pat Finucane and challenged the lengths that successive British Governments have gone to in an attempt to deny justice to his family including having to pursue accountability through interminable court proceedings. And still the Finucane wait and still so many other families wait for justice, truth and accountability.

Parties here, along with Irish and British administrations, negotiated the legacy proposals contained within the Stormont House Agreement, including establishing the Historical Investigations Unit.

While the SDLP wanted legacy processes to be more rigorous with more powers to get to the truth, Stormont House was the agreement. It remains the foundation stone. Now if you wore a maroon beret or a balaclava, the Tories an others are looking the other way on your crime for political expediency.

We have now reached a critical juncture in how we choose to stand up for victims and their families as well as truth, justice, and accountability for all.

The SDLP will never allow the British government to trample over internationally recognised agreements, and more importantly, the rights and wishes of victims and families to pursue truth and justice.

Victims and their families will continue their long march against unfair legacy proposals, and we will be with them every step of the way.