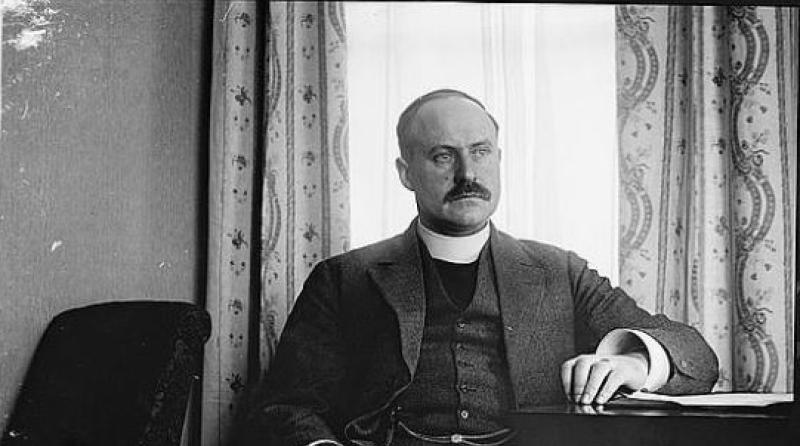 An early 20th century ecclesiastical split on the issue of Home Rule sparked a chain of events which led to a County Derry Presbyterian minister eventually turning down a run at the Irish presidency.

Rev. James Alexander Hamilton Irwin, born in Feeny and educated at Magee College in Derry, became a Presbyterian minister when he was ordained at Killead, County Antrim, in 1903.

He served the ministry for 23 years, but the love, but it was his actions in the years that followed that saw him forgo the love, fellowship and comfortable retirement such a stint usually provided. 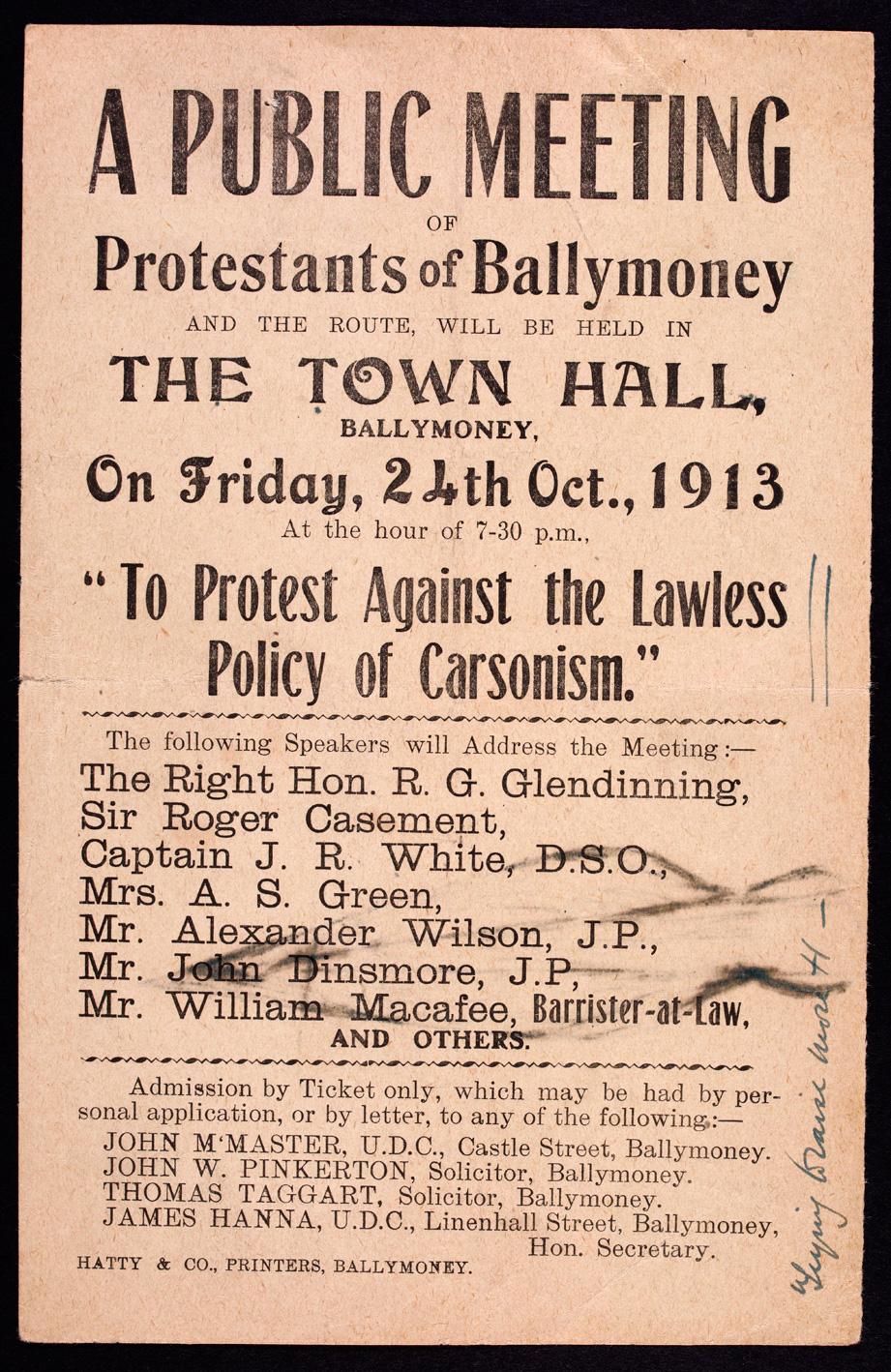 An 'Alternative Covenant' was signed in 1913 by Protestants opposed to Carson's approach.

An Irish Parliament was to be established in Dublin, anathema to Ulster Protestants. The move led to an underground ecclesiastical split within the Presbyterian clergy.

Under the guidance of Rev JB Armour, a public meeting was held on October 24, 1913 for 'Protestants of Ballymoney' to 'protest against the lawless policy of Carsonism'.

An 'Alternative Covenant' was produced in response to Carson's 'Ulster Covenant', with the opening paragraph signed by 12,000 Protestants and published in 1913.

Possibly inspired by this, Rev Irwin became a fervent proponent of Home Rule.

The Irish War of Independence hardened the Feeny man's resolve further, and after the Easter Rising in 1916 he became more Republican in his outlook.

In March 1920, while still minister of Killead Presbyterian Church, Irwin offered himself as a spokesperson to go to America to speak on Eamon de Valera's platform.

Protestant churches in Ireland had dispatched a delegation to oppose de Valera's fundraising efforts across the Atlantic, and Irwin offered an alternative Protestant voice.

“Dr Irwin emphasized the fact that if Britain would withdraw her present army of occupation from Ireland not one hair upon the head of a man, woman or child would be injured in any part of Ireland,” it said.

“He strongly denounced the oppression and cruelty of the present ‘Reign of Terror’ and said he had traveled these thousands of miles not in the cause of humanity alone, but in the cause of Christianity.”

A welcome of sorts was awaiting Rev Irwin on his return to Killead.

Although his actions had split the congregation, he retained a supportive majority, but a campaign to smear his name had been undertaken in his absence.

His home in Killead was raided. Guns and ammunition were discovered, but here were contemporary doubts over the veracity of the find.

The Fermanagh Herald reported the find as “ a farmer’s gun for which there was no ammunition, and a revolver which would not revolve, with ammunition that would not fit it.”

Rev Irwin was arrested, tried by court martial and sentenced to two years' imprisonment, becoming the first northern Presbyterian minister to be arrested since 1798. 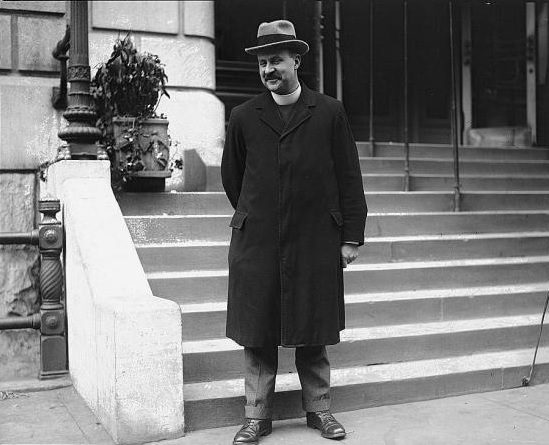 The Feeny-born minister became a confidant of Eamon de Valera's.

Much of his jail time was spent at Crumlin Gaol and Ballykinler Internment Camp, but more recent information suggests he was incarcerated at the luxurious Dunore House outside Antrim.

Exile beckoned on Irwin's release, and he left for Scotland in 1926 to minister at St Michael's Parish Church in Edinburgh, before moving to St Thomas' Church in Leith in 1928.

In 1935, Rev Irwin returned to live in Lucan, County Dublin, and became involved in Irish politics again when consulted by Eamon de Valera on the composition of the new constitution of Ireland in 1937.

He was appointed to the Commission on Vocational Organisation and served from 1939 until 1943, before joining Fianna Fáil. While a party member, Rev Irwin was offered the opportunity to run for Taoiseach, but he declined to do so.

He remained a leading voice within the party though, and served on the National Executive from 1945 until his death in 1954.