An innovative way of ensuring social distancing has proved popular with the pupils. 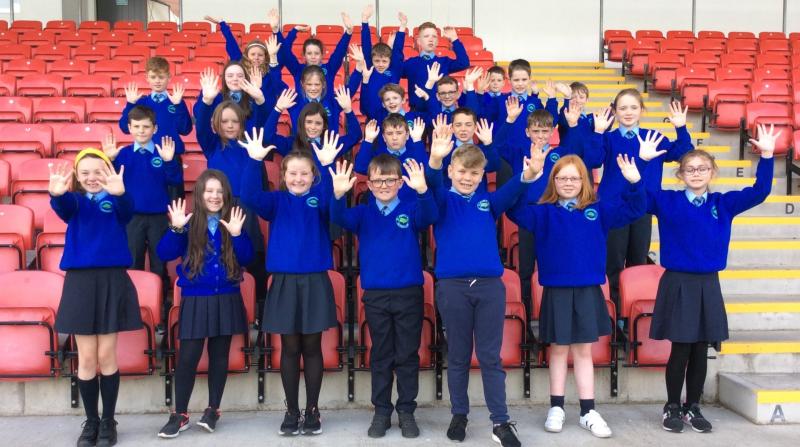 An excited group of P5s and P6s in the Owenbeg stand.

In the Owenbeg press box, there is a picture of All-Ireland winning Derry manager Eamon Coleman with the caption “Youse boys know nothing about football” attached.

He was probably right, but his insistence on the attainment of knowledge for those using the building is now being taken more literally.

Nearby St John's Primary School in Dernaflaw were faced with a dilemma in early summer, when the Department of Education's guidelines indicated 2m social distancing would be required in September.

After consultation with the school's Board of Governors, Principal John McWilliams decided to explore the possibility of turning Derry GAA's centre of excellence into a temporary centre of learning.

“At that time in June, the guidance included advising schools to explore the possibility of using a community space,” he told the County Derry Post.

“They were thinking about schools beside a church hall, or that kind of thing. Obviously there's no church hall here, you'd have to into the town to Dungiven church.

“We came up with the idea of looking at Owenbeg. I'd been there at coach education programmes in the Sean de Búrca suite and at events in what is technically the canteen.

“I knew those rooms were available and they were good spaces, so I got a number for Stephen Barker and gave him a summary of what we were proposing.

“Straight away, he was so positive. It was a place they would use at weekends and evenings primarily, so there was no obvious impediment. He just said 'leave it with me a day or two.”'

With Owenbeg rarely in use during the day, Derry GAA were happy with the proposal and after all the necessary administrative arrangements were taken care of, the school contacted parents with the idea. 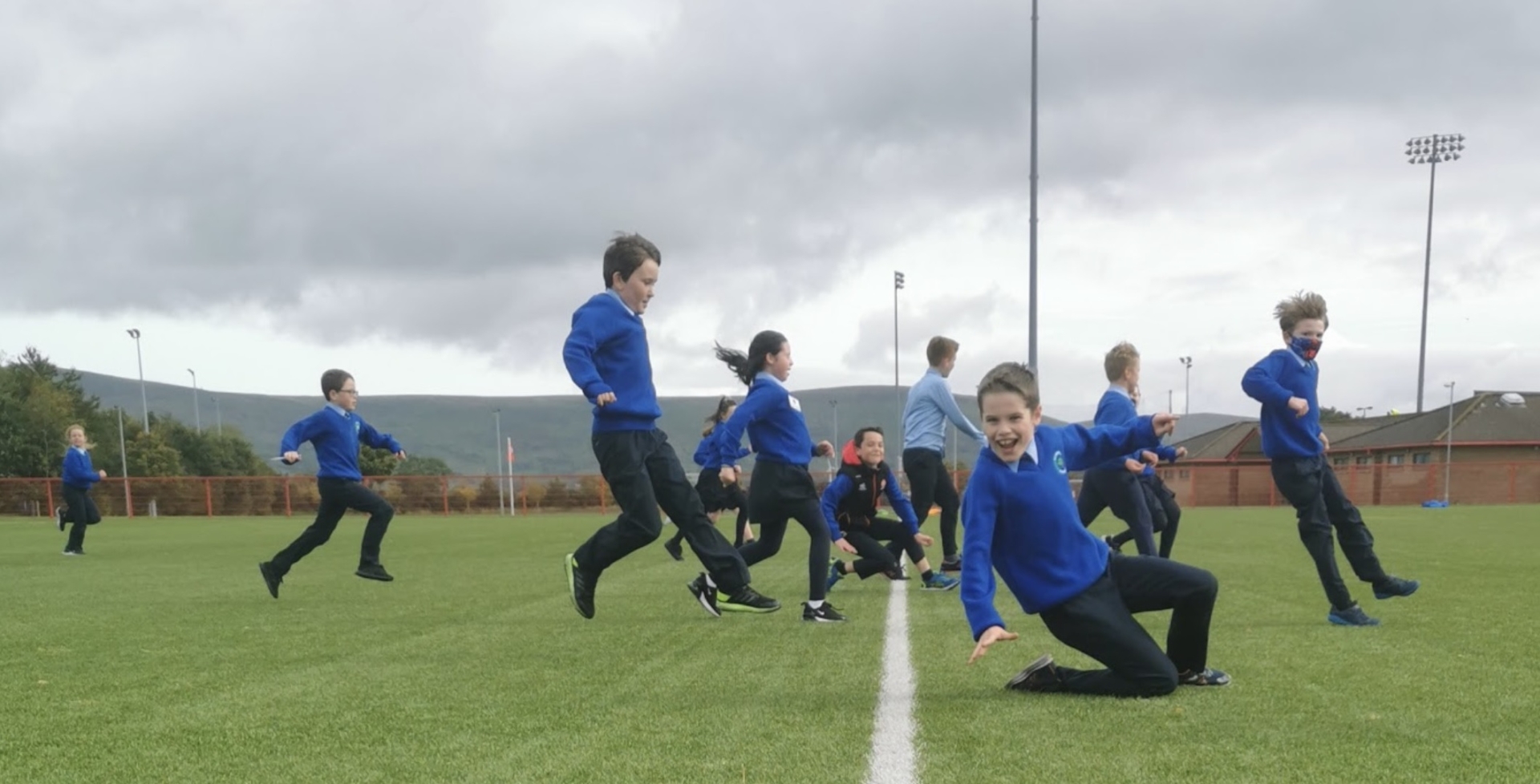 The children have been enjoying the open space of the 4G pitch.

Faced with an alternative of pupils only being able to attend on a part-time basis, the parents were not diffcult to presuade.

“All the parents were very positive, because the other proposal entailed pupils only attending maybe 50% of the time. This allowed their children to get back to school full-time,” said Mr McWilliams.

“We wanted the parents to have some idea of what we were proposing to do at the end of June, because people were under pressure to make decisions about going to work and there was a lot of anxiety.

“We're both beside each other on the main A6 road and we were able to organise our timetable so parents could drop off at Owenbeg and drop another child up to Dernaflaw.”

Over the course of the summer, the Department of Education's 2m social distancing guideline became 1m, much to the frustration of many schools who had planned for the original guidance.

St John's though, decided their plan was viable and ensured they could provide as safe an environment as possible for all their children.

“We got together and looked at the guidance but our governors said they felt it was a good plan and would give parents confidence to send their children,” said John.

“We had a consensus that we had a sound idea and we'd start off the school year. We reviewed at Halloween and will review again at Christmas.” 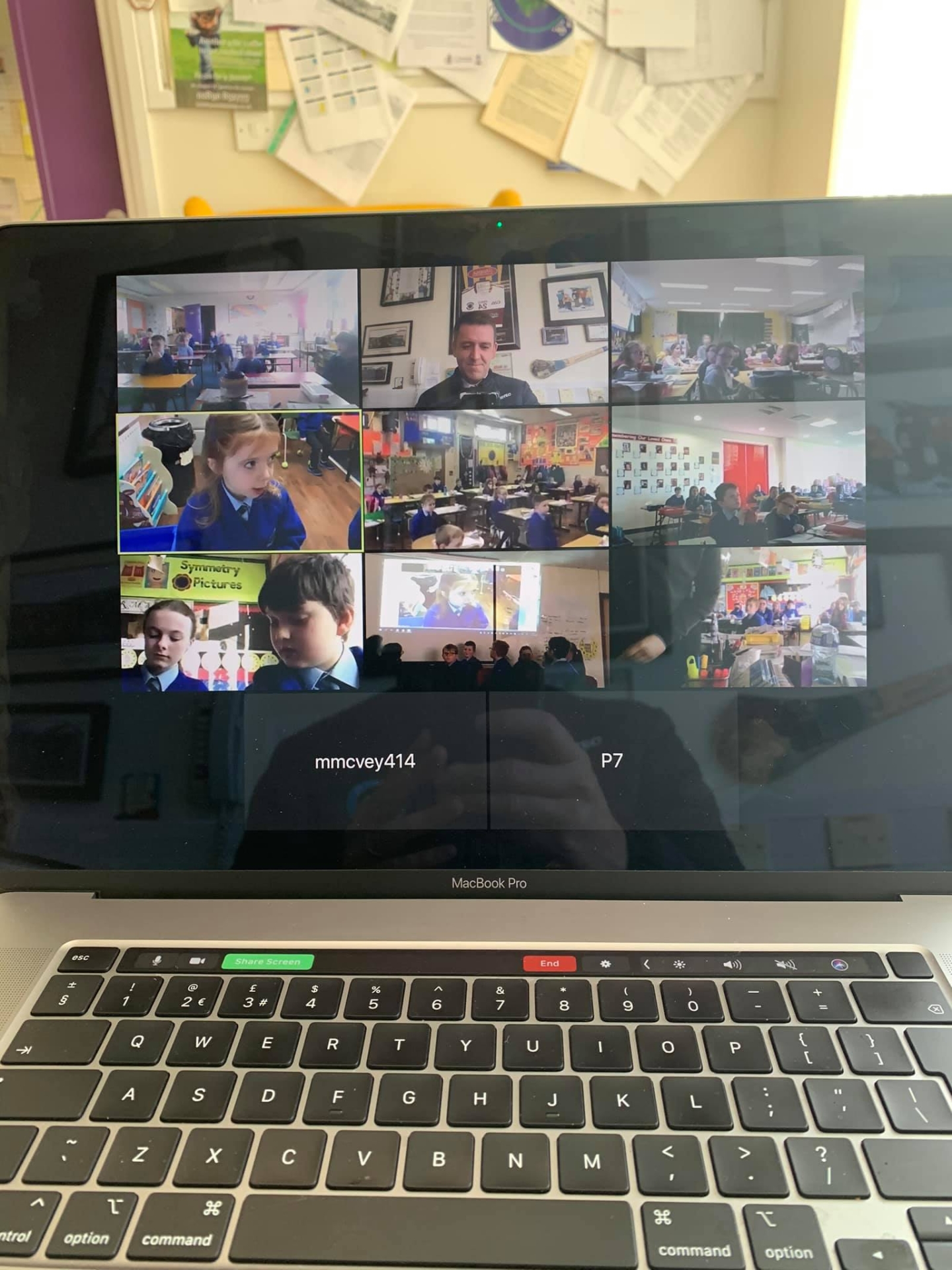 The P5 and P6 pupils who arrived for school at Owenbeg in September did not need to be dragged in. For a GAA-mad school community, the idea of learning at the county's GAA headquarters was extremely attractive.

“Our pupils would be mad into their Gaelic sport, so it wasn't a big sell for them. None of them really needed convinced,” said Mr McWilliams.

“Before school started, I took photographs of how the teachers had set up the classrooms and photographs of the infrastructure in terms of parking and the road in and out.

“When the parents and children could see the setup, I think they were very happy. After a day or two, they were so happy there.

“They have so much space down there – their playground is the 4G pitch. The staff say it's a revelation because there are no trips, or scrapes or bumos when you're on the 4G pitch.

“Even on a wet morning, the 4G is still dry. Kevin Hinphey and Emmet Stewart have been taking them for hurling and football and it's just been a brilliant resource.

“We can operate a one-way system, where parents can drop off, turn and exit again in the direction of Dernaflaw, so even that side of things was in our favour.

“The end game is to go back to having everybody together in Dernaflaw, but not before the public health situation allows.” 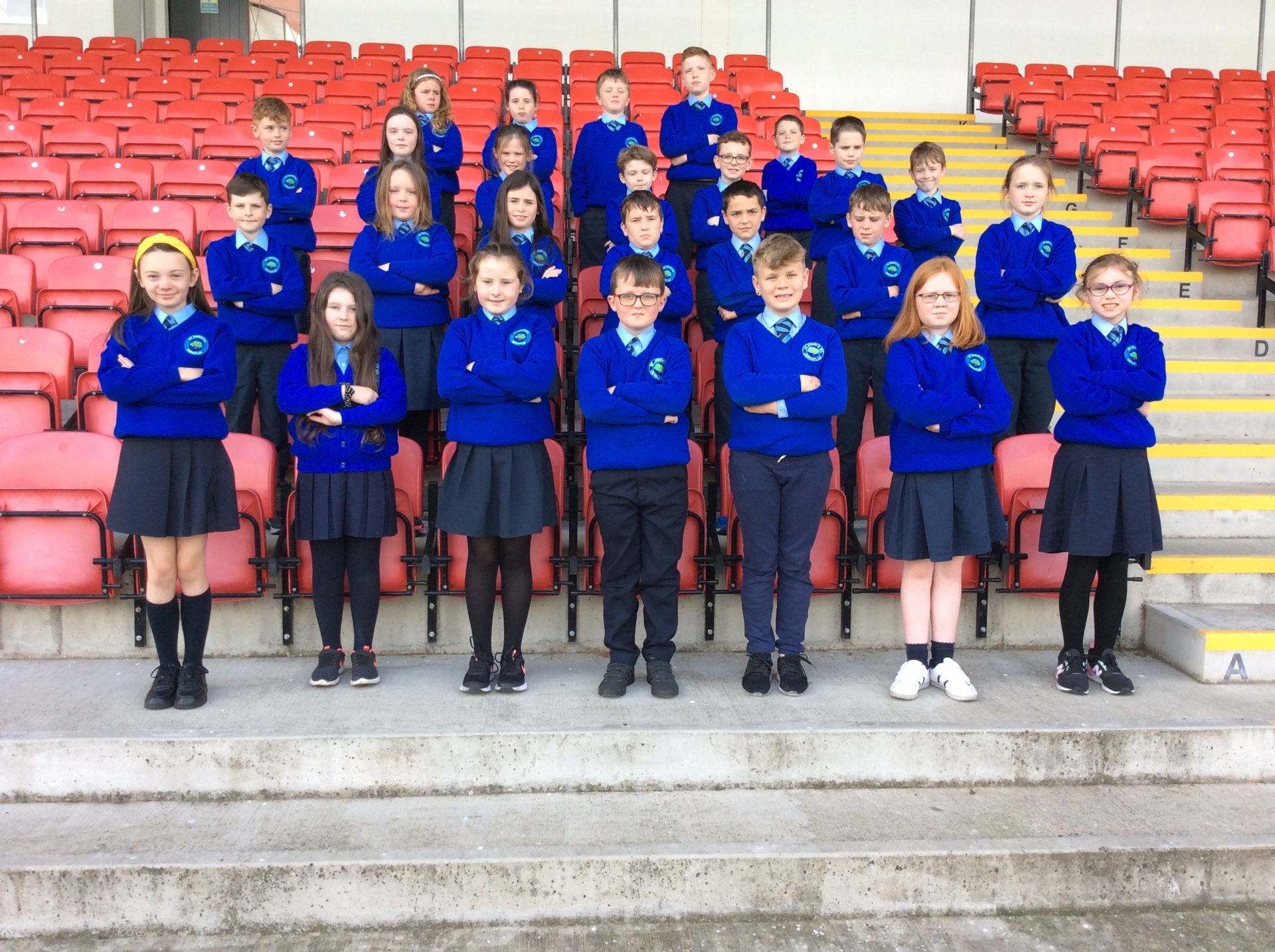 Operating a split campus since September has not been without its drawbacks, however. Opportunities to come together as a school community have been limited.

However, the staff and pupils have adapted, using technology to foster a feeling of togetherness amid a pandemic that keeps separation necessary.

“Technology helps a lot. The staff all the way through have been meeting once or twice a week using Zoom. The feeling of togetherness for the pupils is more difficult,” said John.

“They don't play together in the playground at the same time and don't have contact with one another. We've used the technology to set up school assemblies and say our prayers together.

“There have been teething problems, because we had to sort our wireless internet for our classrooms in Owenbeg. We had to upgrade our Zoom package to allow for assemblies.

“I'm able to have a chat with everybody and classes can see each other. Pupils are selected to tell the other classes what they're learning about that week.

“For all intents and purposes, it's like a regular morning assembly but we're just not together physically.”

Derry GAA have largely taken a laissez-faire approach to having the primary school students on site, but say they have been happy to have them using the facilities.

Chairperson Stephen Barker said they were glad to be able to assist under 'exceptional circumstances'.

“We were happy to be able to offer our Derry GAA facilities at Owenbeg to the local St. John's Primary School,” he said.

“The GAA has shown in every club across the county that in times of challenge we all pull together. The Covid-19 pandemic has affected our communities in different ways and due to the exceptional circumstances, we were glad to help out."

The arrangement has worked out so well that John may have his work cut out persuading the pupils to move back to the school building when things return to normal.

“When the public health situation allows us to get back in the main school building, I might have a bit of convincing to do with staff and pupils,” he said.

One of the Primary 6 pupils, Ryhan, summed up the attraction of lessons in Owenbeg.

“Bigger classroom, bigger play area, what’s not to like?”

Derry CCC may be required to adjudicate on this one.