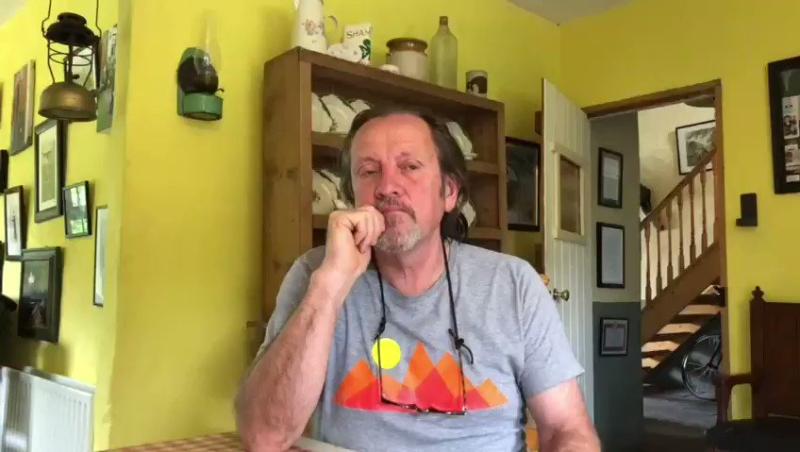 A County Derry man has given a unique insight into the character of hunger striker Bobby Sands for an online lecture hosted by local historian Stephen McCracken.

Colm Scullion, from Bellaghy, shared a cell with Bobby Sands in the late 70s in the lead up to the 1981 hunger strike in which Scullion's fellow Bellaghy native, Tom McElwee, also died.

During the lecture, Colm told Stephen McCracken about some of the lesser-known traits of Bobby Sands' character, including his love of music.

“Bobby was a very ordinary guy, but he had extraordinary talent,” said Colm.

“He definitely had that 60s image about him. I remember years later watching a programme called 'Sessions from the 70s'. It showed you different folk or ballad groups out of Ireland.

“I remember seeing footage of Donal Lunny with the long hair and the gingham shirt, and the way he was playing the bazouki, and his whole body language looked very like Bobby.

“I remember one night it was lashing out of the heavens . We had no glass in the windows and it was great just to stand at the window and put your hands out and feel the rain.

“We couldn't see each other obviously, but there was a whole row of us standing feeling the rain coming in, and out of the blue Bobby started to sing 'Have Your Ever Seen The Rain' by Creedance.

“The next thing the whole wing was singing it. When he would do 'Mandolin Wind', some of the guys would be on the doors like drums and a bit of mouth music for the banjo and that.”

Scullion also described how the leader of the 1981 hunger strike would conduct his writing process at a time when the dirty protest was ongoing.

“The cell would have been covered in s**t obviously, but the only place you kept clean was a wee bit beside your mattress on the ground,” said Colm.

“Beside my mattress and Bobby's was a wee square, and you had the lead of a pencil, and that was the only thing you had to write with.

“At the door, there was a place left clean as well. If you were doing your Irish class, you'd have been listening at the door and taking notes there.

“You had to spit on it and rub it all out again afterwards, but everybody had the lead of a pencil, it was a very important piece of machinery.

“It was that sort of atmosphere he was writing in. He didn't like you seeing them [his poems] until he was finished.

“He would have paced the cell up and down with a blanket round him and he had the wee peann luaidhe (pencil) as we called it, the lead of the pencil, in his hand.

“When he was satisfied with what he had written down, he would have called everybody to the door and read it out. On many occasions it was then written down on toilet paper and sent outside.” 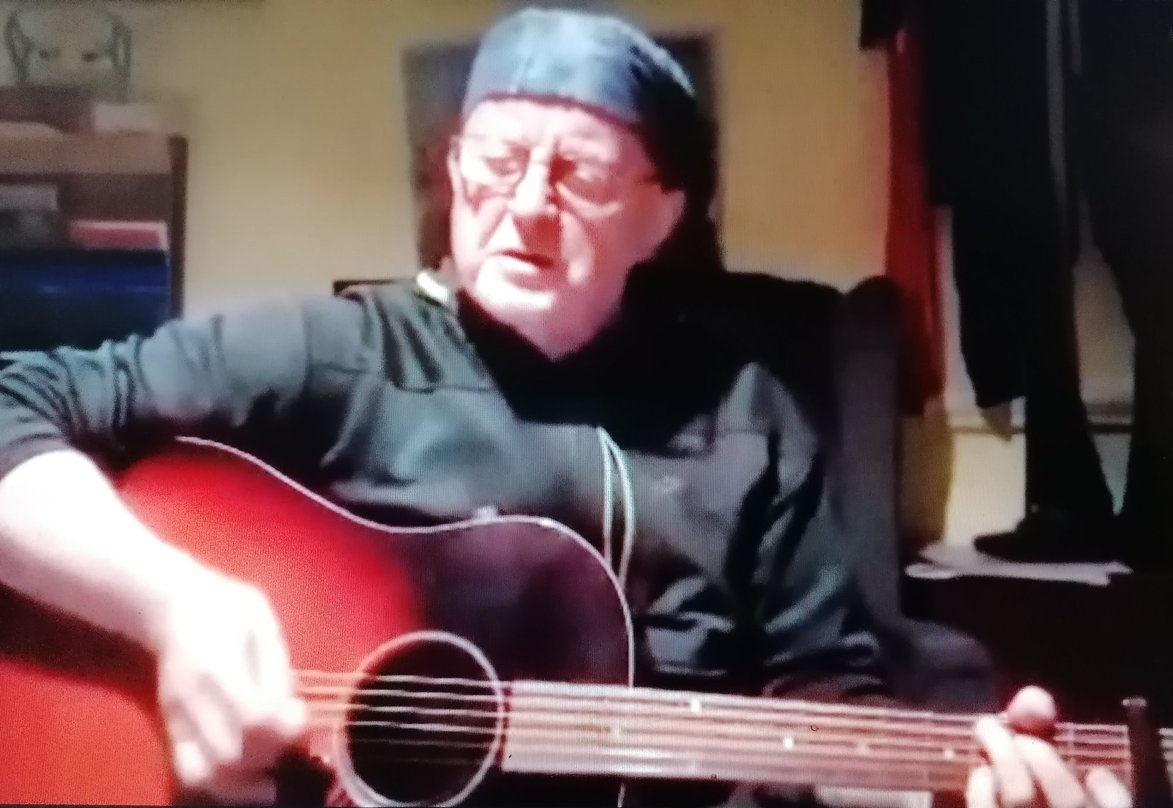 The online lecture features a foreword and performance by Christy Moore.

Although he had grown up in Rathcoole and Twinbrook, estates on the outskirts of Belfast, Colm Scullion told viewers how Bobby Sands was intrigued by the countryside, and at times it acted as an inspiration for his poetry.

Colm explained a piece called 'Roddy McCorley' showed the ability Sands had to portray somewhere which would have been totally unfamiliar to him.

“The story of Roddy McCorley passed down through our family and that he had stayed in our palce while on the run,” he said.

“Years later I did some research and found the names associated with McCorley were all in Ballyscullion. I related the story as daddy related it to me, but Bobby was intrigued.

“He wrote this poem, and I have to say, for someone who never set foot in Ballyscullion, it's an absolute work of art. Lough Beag is in it, so is Ballyscullion and Crosskeys; places you can all visualise.”

Sands' love of poetry made him the butt of jokes when he tried to organise a visit with a poet who had been dead for almost 80 years.

“He was big into Ethna Carberry, whose proper name was Anna Johnston He was reading her poems and stuff, so he decided he'd send invite her to visit.” explained Colm.

“He wanted to get her up, so some of the people on the outside in the Sinn Féin office tried to arrange it, but the word came through that Ethna Carberry had died in 1905 or 1906.

“He got dog's abuse for that. That went on for ages about Ethna Carberry coming to visit Bobby.”

The Bellaghy man also touched on the moment he heard his friend and former cell-mate had passed away.

“That night I was in the cell with Ricky [O'Rawe]. Bik had the radio. It was permanently tuned into Radio Ulster. We knew to pick it up about five to midnight to get the news,” said Colm.

“The night Bobby died, I remember Bik shouting up, 'rith suas chuig an fhuinneog' – run up to the window, and he said, 'fuair Roibeard bás cupla noimead ó shin' – Bobby died a few minutes ago.

“I remember the blood leaving me and myself and Ricky just broke down.”

The hour-long lecture, hosted by Trasna na Tíre, and featuring a foreword by Christy Moore, is currently available to view via their YouTube channel: