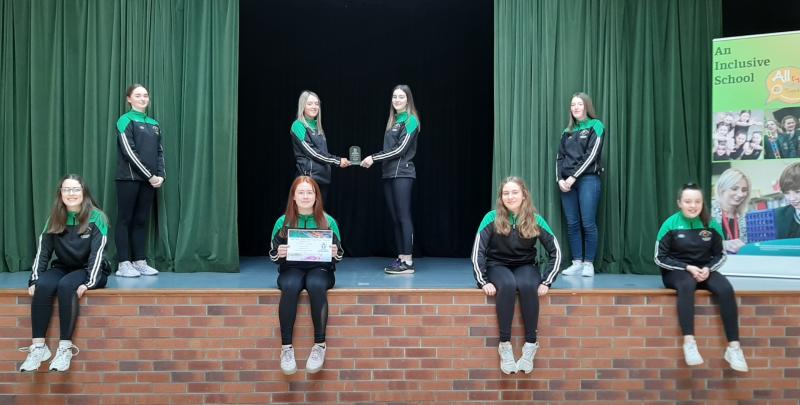 The swimming team from St Cecilia's.

Every year Derry Credit Union receive numerous nominations of young sports stars who have excelled in their chosen sport.

When choosing the finalists, the adjudicating panel consider achievement and talent, and, just as important, they look at how the nominees share their ability with others.

The runners-up this year were Megan Gamble and Megan McCloskey.

This year’s individual winner in the Contribution to Sport category is St Joseph’s Boys School pupil Darwen Spencer who was nominated by Principal Martina McCarron.

Although he has just completed Year 10, Darwen (pictured below) is an excellent example of a pupil who has an all-round approach to doing his best in everything he undertakes, including both his academic and sporting commitments. 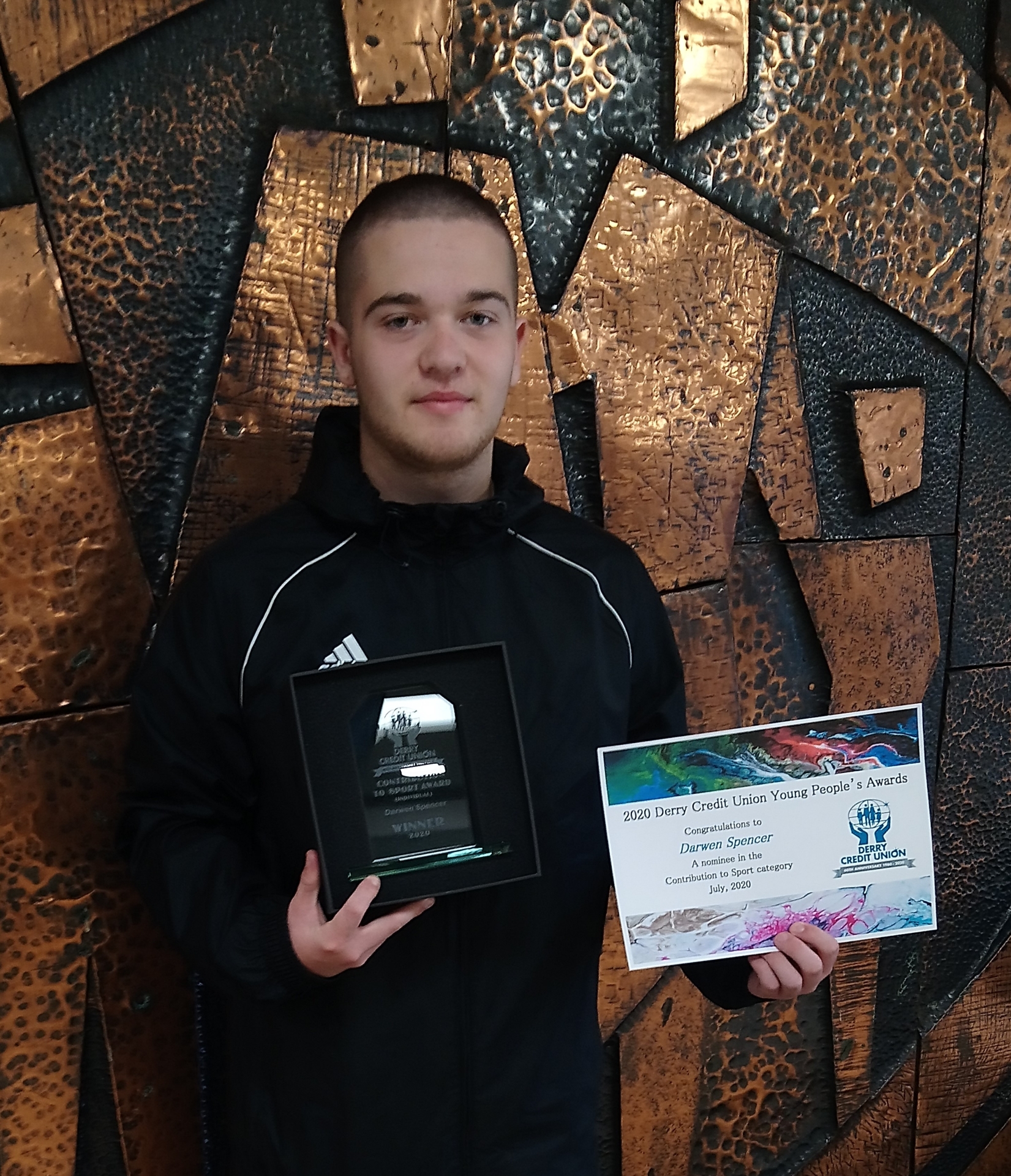 He encourages all in the team to play their part and his obvious leadership skills are evident in his general approach to both his school and sporting life.

He has been involved in the school soccer team since he started St Joseph's in Year 8, and has displayed all the necessary attributes as a team player: he is a fair player, attends all training, and treats his teammates and opponents with utmost respect.

Because of these traits, Darwen was promoted to captain of the school soccer team.

He represents the school at all NI School Boy competitions, both internal to the school and externally.

He role models all that is good about being involved in sport to younger children and he values the time that he gives to this voluntary work.

He is an avid coach who currently works with Phoenix Football Club’s young teams of 6 to 8 year-olds and IFA Northern Ireland summer camps.

He has completed his grass roots coaching certificate and is currently pursuing his Level 1 Coaching Qualification.

This is a heavy commitment alongside his school and external football coaching commitments but is indicative of his maturity, tenacity and generosity of spirit.

Mrs McCarron said: “Darwen embodies all that is asked in this award category. He is an outstanding example of a young man who shows good sportsmanship and gives his all to team effort both as the captain of the team and as a player. His individual excellence shines and he is a true sportsman.”

Gemma said: “Swimming can save lives! Swimming is the only activity that can save your child's life or teach them how to save someone else's. Being comfortable in the water is a necessity in life, because even if children or adults don't go to a swimming pool regularly, they should be at ease near any body of water.”

St Cecilia’s Swim Club was set up in 2017 to teach young girls how to swim and attain basic water survival skills.

Every Thursday morning at 6:45am the girls take part in an hour’s training session at Templemore Sports Complex where the school has three lanes booked: one for beginners, one for improvers and one for more competent swimmers.

Gemma highlighted some of the club’s success stories.

- Kayla McLaughlin (year 14), who improved so much over one year that she took part in a Swimathon, completed a GCSE personal survival course, and is now more confident in the water.

- Olivia Doherty (year 12) who could not swim two years ago but has now taken part in a Swimathon and Aquathon, and who never misses training.

- Sara McBay (year12) who took part in a triathlon and Swimathon, is currently studying GCSE PE, and who will be assessed in both Swimming and Personal Survival.

The school swim team have also competed at local and national competitions. In January 2019, the Intermediate Team picked up a bronze medal in the freestyle relay and at the North West Gala in June 2019, the girls picked up a total of twenty-four medals and won the Intermediate Cup for best overall school for the second year in a row.

For their dedication, personal achievements and school team success, the St Cecilia’s College Swim Team are the group winner of the Contribution to Sport Award.