THE PASSING OF JOHN HUME: The Derry school that moulded ‘Ireland’s Greatest’ 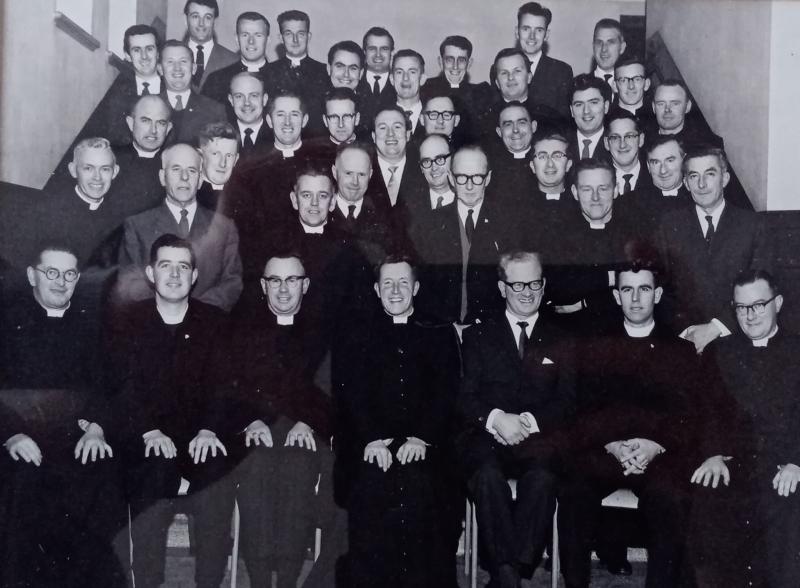 John Hume pictured with other staff members when he was a teacher at St Columb's. He is pictured five rows back, second from the right.

St. Columb’s College mourned the loss of one of its finest pupils this week but the indelible impression John Hume left behind means that he will be forever revered by pupils and staff.

Entering the school foyer you’re struck that John Hume sits alongside illustrious company in what must have been a golden age of thinkers and creators.

A bust made in the Derry man’s honour rests between two gentlemen who excelled in their own fields in Seamus Heaney and Brian Friel. 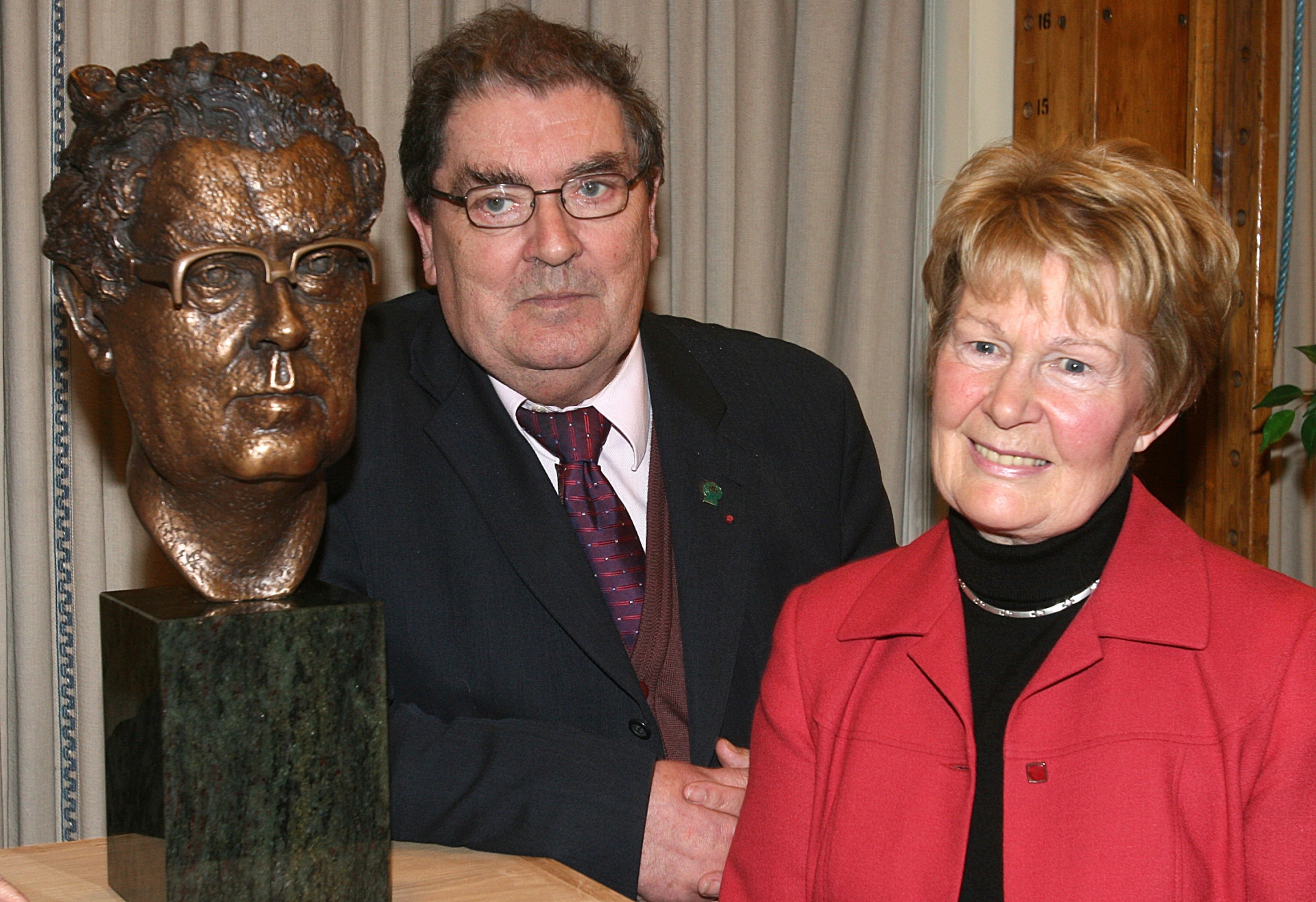 Each of these men attended the former Bishop Street school around the same time and went on to become giants in their respective disciplines.

“He told his mother he was going to the College and she said, ‘no you’re not, we can’t afford that’, but he passed his Eleven Plus and got in,” current principal Finbar Madden said.

Hume was part of the first generation to avail of opportunities through the introduction of the Eleven Plus.

It allowed more young people to continue their post-primary education which may go some way to explaining why men like Hume, Friel and Heaney grasped the opportunity with both hands.

There was obviously ‘huge talent and ability’, Mr Madden said, as Hume left the school with a scholarship to study at university.

He had ambitions of joining the priesthood at the leading Catholic Seminary in Ireland, St Patrick’s College, Maynooth.

Hume didn’t complete his clerical studies but instead opted to serve his community in another way.

He graduated from the National University of Ireland in 1958 with a bachelor’s degree in French and history and went on to receive a master’s degree.

Returning to Derry, Hume would became a teacher at St. Columb’s.

At the time, the history curriculum was limited in schools and Hume taught the subject in a broader sense, keen to instil his vision of Ireland’s place in Europe.

As he departed, transitioning into a career in politics, some of the key developments in the civil rights movement were starting to unfold.

That, however, wasn’t the end of his journey with the school and his legacy endures.

The college's former pupils association present an annual award - the Alumnus Illustrissimus Award - to a past-pupil who has achieved something of major significance or has made a considerable contribution in his own field.

In 1994, the Most Reverend Dr Edward Daly received the inaugural award and the following year John Hume would be recognised for his contribution to politics and peace in Northern Ireland.

Mr Madden said: “The school is able to boast of many exceptional students who went out and made their mark locally, nationally and internationally.

“The award recognises achievement whatever the field may be; sport, science politics, religion and so on.”

A proud College boy, Hume maintained connections over the years and would return for prize giving ceremonies.

“He presented a facsimile of his Nobel prize to the school,” Mr Madden pointed out next to the assembly hall, “and our politics A-level prize is the John Hume prize in government and politics.”

“And for as long as he could, he would come every year to prize-giving, he usually turned up unannounced but we always expected him to come, until unfortunately he wasn’t able to.

“He had a very, very clear sense of his connectedness with this school and he never lost that right throughout his life.

“In a way that many others weren’t able to do, by his connectedness here, by his presence, he was making it clear that St. Columb’s College meant a huge amount to him.

“He recognised what the college had helped him to become.”

The school’s principal believes that pupils have looked up to Hume over the years and used him as a source of inspiration in their own studies.

“I think John Hume did exactly the same thing here."