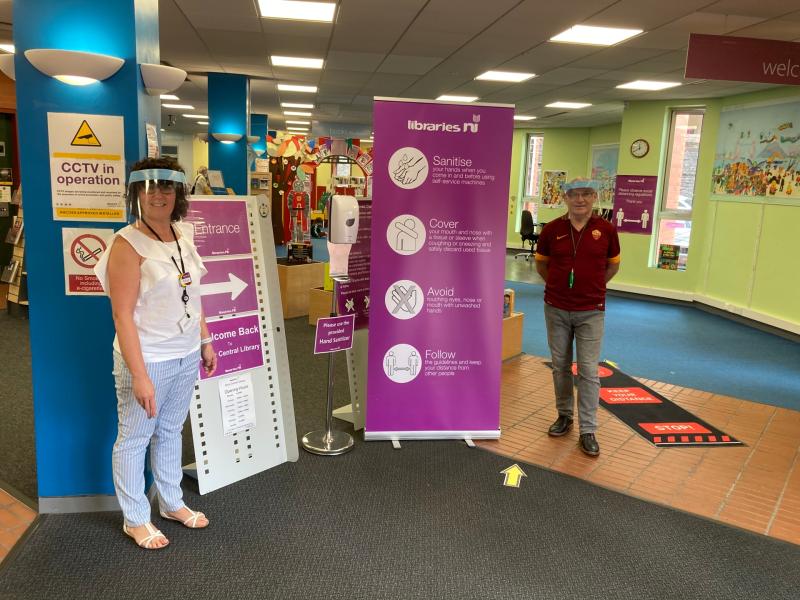 Members of Derry's largest library queued in the street last week to be the first through its doors when it reopened after a four month hiatus.

The Derry Central Library in Foyle Street is one of just five libraries from across the North which were chosen to be part of a pilot scheme to allow customers back in.

Branch Library Manager, Koran Burns, said people were delighted to return to the facility, which shut on March 23.

"We opened on Thursday and there were people queuing to get in which was great to see," she said.

"We've had lots of families coming in and they have told us that they really missed it, especially the 'Rhythm and Rhyme' sessions." 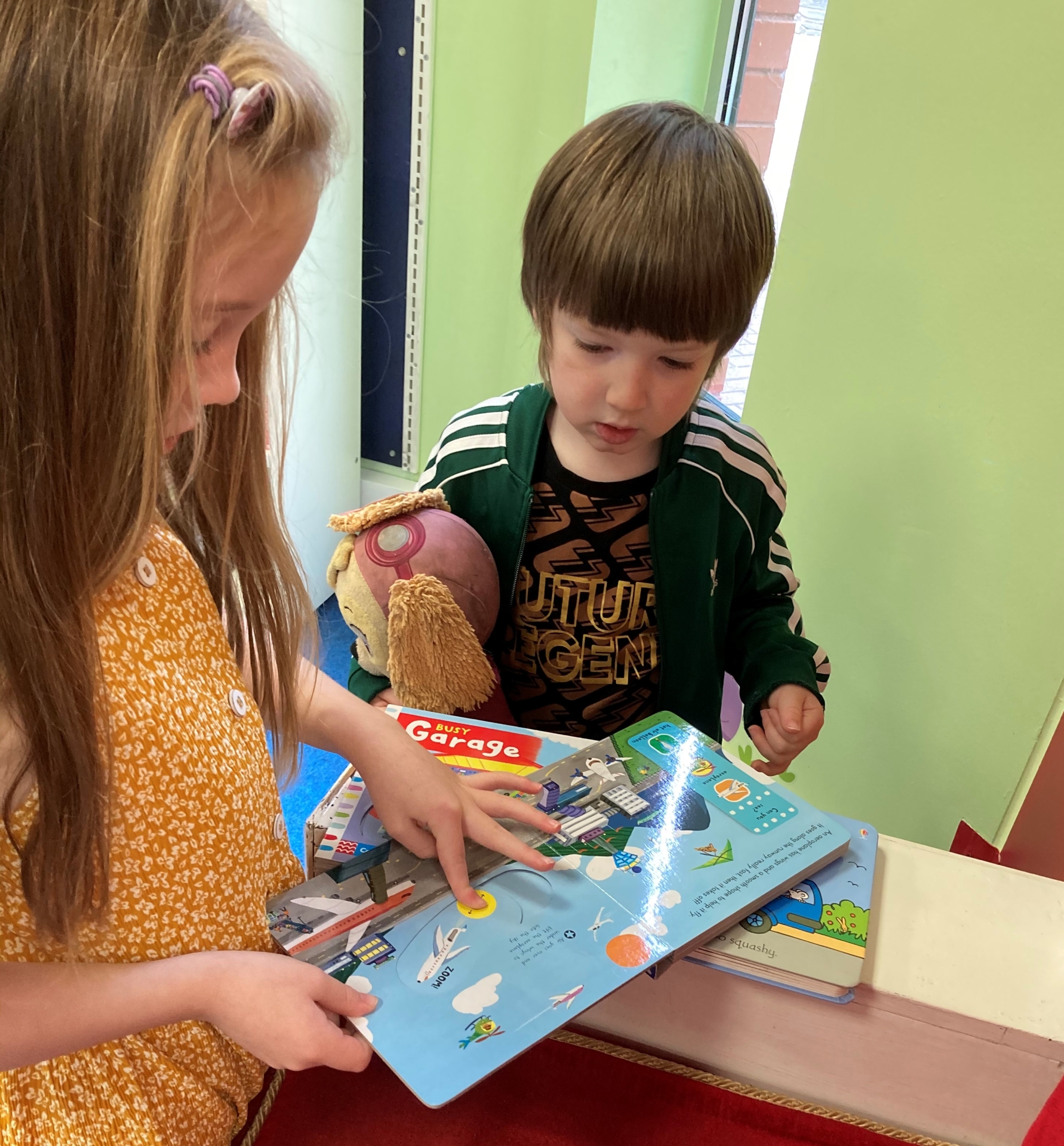 Maisie and Daithi Flood enjoy getting back to the library.

"A lot of our regulars would be older people who really enjoy coming in for a chat," he explained.

"Previously, they would have come in for a cup of tea and to read the newspapers.

"They would come in at a particular time knowing their friends would be there.

"Unfortunately, we have had to take out a lot of seating to allow for social distancing, but this is something we will continue to look at."

Staff at the Central Library returned to work in early June to completely change the layout of the furniture and displays to allow for a one way system and social distancing.

Area Manager, Maura Craig, explained that a number of new measures had been put in place to keep staff and library users safe.

"We have had a steady stream of visitors at the Central Library since it reopened and people have told us they feel very safe due to all the measures we have introduced.

"Staff are there to greet people as they come in the door and we have provided hand sanitiser.

"There are also screens at the desks and lots of customer signage.

"Any books that are returned will be stored for 72 hours before they are put back on the shelves.

"Customers are being asked to keep a social distance and limit their time on the computers or browsing for books to half an hour.

"There are also self service machines for borrowing books."

In addition, all surfaces in the library will be regularly cleaned.

"We are asking customers to help us keep the computer stations clean by providing sanitising wipes to wipe them down before and after they use them," said Mrs Craig.

"Staff will also be carrying out a high level of cleaning in the library."

Mrs Craig said the opening hours have also been changed to allow the library to close for 72 hours (Saturday, Sunday and Monday) before reopening on a Tuesday morning for vulnerable people.

"We want people to feel safe and that means delivering our service in a new way," she said.

Libraries NI have continued to offer an online service during lockdown, with 15,000 new members signing up across the North since March.

Mrs Craig said the libraries would now like to welcome these new members in person.

"Over 600,000 e-items were downloaded during lockdown," she explained.

"Going forward we will offer a blended approach and continue with online services such as children’s Rhythm and Rhyme, Storytime and online Summer Reading Challenge, until such times it is safe to resume activities in a library setting."

The other libraries in Derry, at Strathfoyle, Waterside, Creggan and Shantallow, remain closed at present, but they are offering a 'Book and Collect' service.

"Customers can phone their local library during dedicated hours to request books and then arrange a suitable time for a contactless collection," explained Mrs Craig.

"A customer can view our online catalogue and check if a particular book they are interested in is available in their local library, they will then phone and speak with a member of staff who will set it aside and arrange a day and time for them to come in and collect it."