Guest Column: We can change the system

In out latest 'Guest Columnist' feature in the Derry News, Emmet Doyle gives his opinion on challenges facing the North West 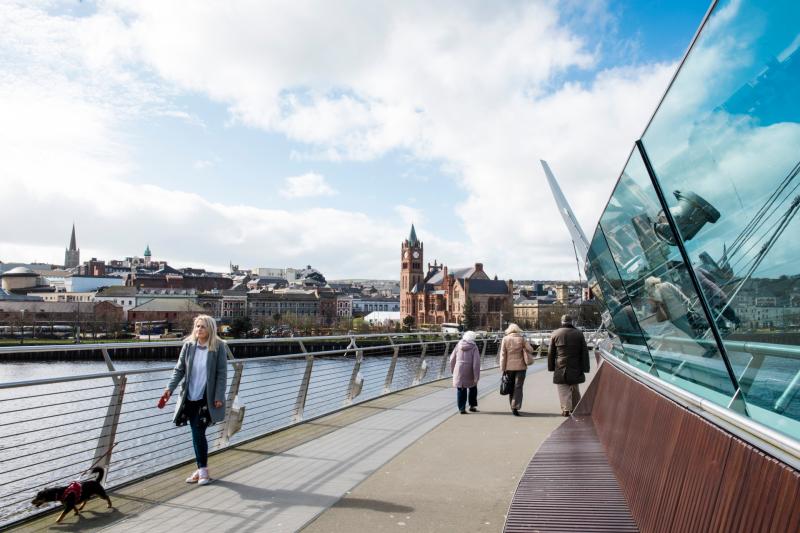 We are not locked into a system that ignores us, we have the power to frame our future.
Belfast gets everything and Derry gets nothing - that’s what people here say.
It is easy - it's always been easy to look at our economic prospects and claim discrimination from Belfast or the political system.
There is no doubt that we as a city were discriminated against by the old Stormont system, I don't think it would be possible to argue against that, but the reality is that in this day and age, that argument no longer holds weight.
We have had senior Ministers based locally, high-flying politicians that wielded enormous power and influence, and yet our aspirations have as yet remained unrealised.
By no means would it be fair to say that those politicians simply overlooked their home city, it was the very basis of our political system that has failed us and that our politicians must learn to navigate.
I grew up with stories of 'faceless men' holding Derry back, and perhaps they were, but they are gone now and are replaced with policy.
Stormont does not want regions like the North West to have a specific focus on it, nor the South East - and that is not a generic gripe or whinge, its been advised to Ministers in black and white.
A group of economists known as the Economic Advisory Group advise what was the Minister of Enterprise, Trade and Investment, now the Economy Minister.
They frame what the economy should look like, its priorities and its focus which, if we go by the last number of years, carries real weight.
The 2011-15 Programme for Government here lauded its aim to 'address regional imbalance' and its record of achievement in that regard I will leave to you to determine. Coming to the end of that plan, the Executive received advice from the EAG.
‘In summary, we would suggest that promoting sub regions within Northern Ireland should not be considered a high priority for economic policy at this time.’
That advice, sent to then Enterprise Minister Arlene Foster in March 2014, formed the basis of how our economy works on the ground.
The North would be seen as one unit so that any inward investor would look at their needs and Belfast would inevitably jump out, the big fish in the medium sized pond.
How would that look in real life?
InvestNI are contacted by a company looking to site a new hub in Northern Ireland, and as a region it looks at us as a whole.
It won't be advised to look to the North West, which would inevitably highlight Derry with its IT expertise, broadband connectivity and close access to the EU market, it will see huge Belfast.
The last review of economic policy for the North was carried out in 2009, in the midst of the economic crash, pre-Brexit, pre-Trump, pre-City of Culture.
Then in 2014 we get the advice of the Economic Advisory Group to rubbish any focus on sub regions.
Why then would Derry see its needs addressed? It is policy.
We can re-imagine our economy.
Derry and Strabane can be the big fish in a smaller pond - Newry and Armagh can do the same.
If we get our politicians on board for a vision for the economy that says we are different from Belfast, but that doesn't mean we are less - we have different talents and we can offer different benefits.
Let's say from today on we will take that new road and forge the future we can be proud to pass to our children - ending the basis for others to call us whingers by taking on the system that we have a stake in.
Belfast cannot compete with us for cross-border connectivity, nor research in AI nor our innovation in health provision based at C-TRIC.
What we need is one collective push across divides to re-frame the North West as its own unique region, so it can be promoted for what it has and what it does
That requires a seismic attitude change.
I read recently a mini-furore around how many visits InvestNI have facilitated to Foyle, and for many it reinforces this feeling of being left behind.
Instead, we need to change how agencies like InvestNI operate.
It operates on the basis that we are one region, where Belfast stands out - but it can be changed.
Our politicians need to focus on a new review of the economy that values the differences we have and the benefits we can contribute.
We then as voters need to hold them to account, to end the highlighting of poor performance by the public sector for Derry for highlights sake, and to push as one for real change.

Emmet Doyle is a former advisor to SDLP MLA Pat Ramsey and has written a book called This House Will Divide: A History of the Northern Ireland Parliament 1921-1972