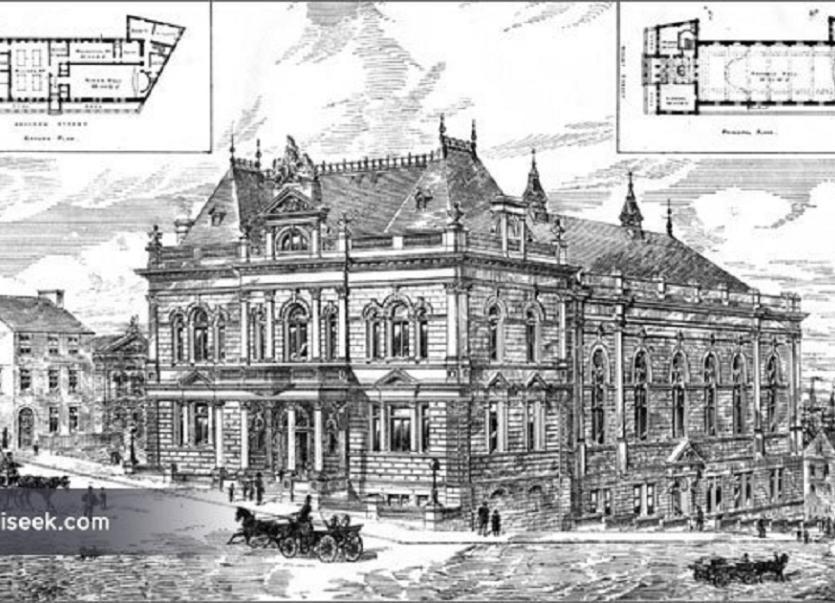 The Derry public has been asked to share their memories of St Columb’s Hall ahead of plans to re-awaken the “special” city centre building.
The project was revealed at meeting of Derry City and Strabane District Council last month by St. Columb’s Hall Trust. This weekend’s event has been organised in conjunction with the Foyle Civic Trust.
St. Columb’s Hall has been part of the fabric of the city since 1886 and was at one time referred to as ‘The People’s Hall’. The ambition is to “return it to the people”.
Located adjacent to the East Wall of the city’s historic Walls, the Hall was originally built by the St Columb’s Hall Total Abstinence Society as a safe haven and has a deep connection with the local community.
Over the years, the Hall has been a refuge for the local community, creative thinkers and cultural organisations including Feis Doire Colmcille. The Feis was founded in 1922 by local woman Rose O’Doherty and Fr John Logue McGettigan as a way to protect and preserve Gaelic culture following the partition of Ireland. 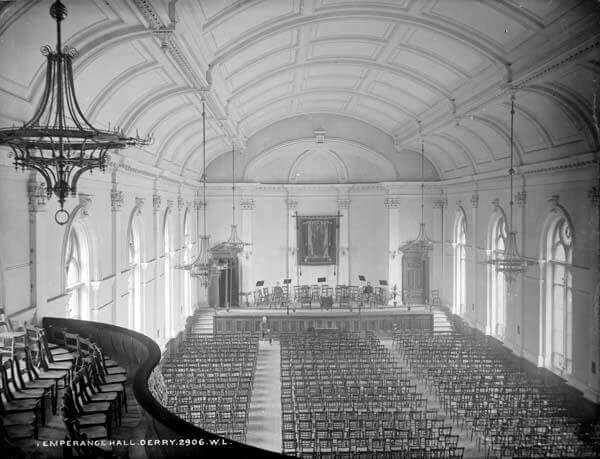 The Feis, and its home at St Columb’s hall, became a hothouse for local talent and launchpad for famous Derry alumni such as Roma Downey, Phil Coulter, Undertones front man Feargal Sharkey and several generations of young people who had their first appearance on a stage at St Columb’s Hall.
Revolutionary thinkers appeared at the venue including Emmeline Pankhurst, Éamon de Valera, Eoin McNeill and Laurence Ginnel as well as performers such as Roy Orbison, Chubby Checker, John McCormack, Josef Lock, Dana and Val Doonican.
From 1962, programming at the Hall was led by Fr Edward Daly with the help of Frank Carson. Fr Daly recalled successfully booking The Beatles just a few weeks before their first number 1 hit – which put paid to their booking.
It was a thriving hub for arts, culture and entertainment for six decades, but entered a period of decline at the turn of the Millennium as modern purpose developments were built close by.
This weekend’s tea and coffee event will take place at St. Columb’s Hall on Saturday, December 7, at 11am.
Tickets can be booked by visiting: www.saintcolumbshall.com/whats-on/memories-of-st-columbs-hall-coffee-morning/ emailing: hello@saintcolumbshall.com or ringing: 0775 971 1057 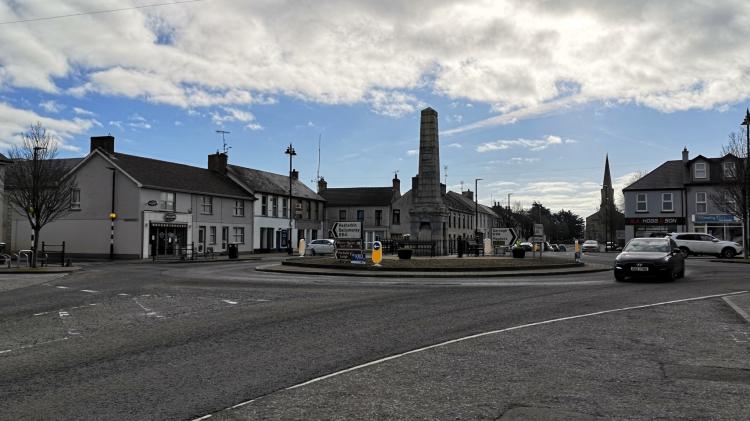