Michelle O'Neill again topped the poll with an increased vote. 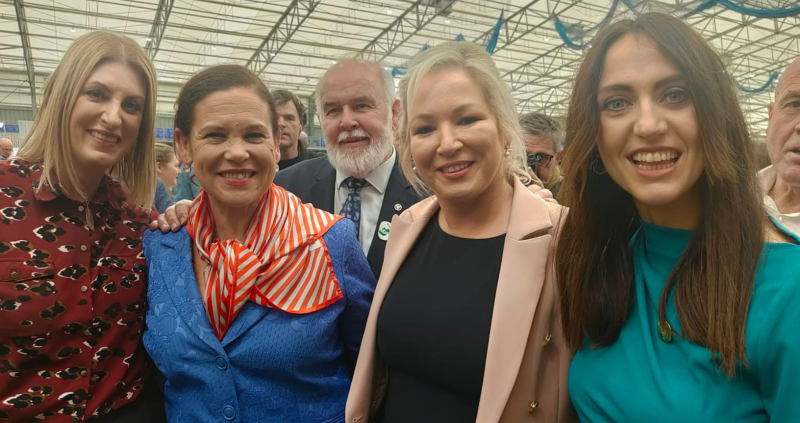 So often the corner stone of Sinn Féin's election strategy, Mid Ulster again proved the blueprint for the party's vote management strategy as they returned all three of their MLAs in the area.

O'Neill swept home with an increased vote of 10,845, an increase of 587 on her 2017 figure, and inevitably, her surplus saw both Linda Dillon and County Derry's Emma Sheerin over the line.

All three Sinn Féin MLAs took an increase on their previous vote in an enhanced electorate in the constituency.

Sheerin, running in her first Assembly election, improved on the 8,143 showing by predecessor Ian Milne in 2017 by polling 8,215 first preference votes.

All three were elected in two stages, allowing O'Neill to head off to tour the count centres, while Sheerin headed for a friend's wedding in Ballybofey while the count continued.

And there were some notable results elsewhere.

The DUP's Keith Buchanan polled 8,521 first preferences, almost 1,000 less than his previous result in 2017, while the TUV vote more than tripled.

Candidate Glenn Moore, a late replacement mid-way through the campaign, was able to stay in the hunt until the final round of counting at Stage 7.

It was a remarkable result for the party in the nationalist dominated constituency as they increased their share of the first preference vote to 7.4%.

Alliance's Claire Hackett also oversaw a large increase in the party's vote in Mid Ulster, where they have no elected presence at any level.

Hackett polled over double the amount of votes that previous candidate Fay Watson managed in 2017, and transfers kept her in the game until Stage 6 of the count.

Aontú's Alixandra Halliday polled a respectable 1,305 in the constituency, and was the final candidate eliminated on Friday night following the distribution of independent candidate Patrick Haughey.

That stage left Keith Buchanan just 15 short of the quota, and Halliday's transfers pulled him over the line early on Saturday morning.

Meta Graham's elimination kept the TUV's Glenn Moore ahead of Claire Hackett, but with the SDLP's Patsy McGlone in pole position for the final seat, Hackett's surplus did the job.

Elected on quota, McGlone completed an identical line up in Mid Ulster to the five MLAs who vacated their positions back in March.