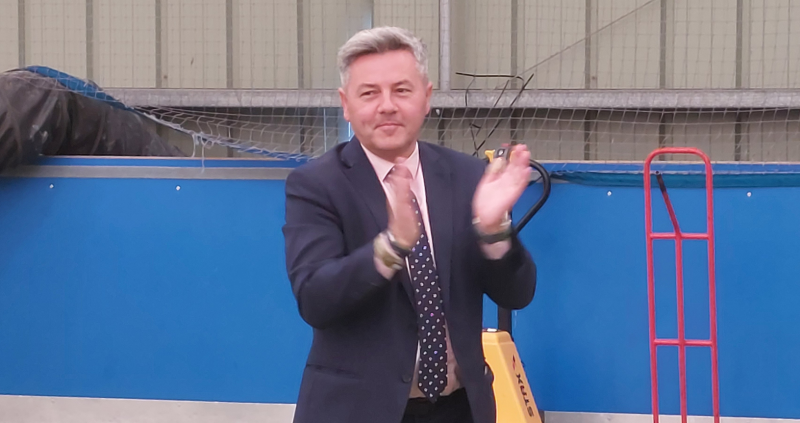 A DUP councillor for Causeway Coast and Glens Borough council has been elected to Stormont to serve in the seat vacated by his father.

Alan Robinson's father George retired as an MLA at the end of the last mandate, and his son secured his seat at Stage 8 of the East Derry count following transfers from party colleague Maurice Bradley.

An emotional Robinson was embraced by his parents following his election, and told Derry Now he was 'thrilled'.

“I'm pleased for myself and Maurice for getting over the line in East Londonderry, two seats that have been won by the DUP.

“We're the first two seats in the constituency and it's testament to the hard work of the party at a grassroots level.

“My father was the outgoing MLA there for the past 18 years. He was supposed to retire at the end of March, but he had a five-week campaign there.

“He must have knocked three thousands doors himself at almost 81 years of age, so he's a good wee man to have on your side.”

The Limavady man said the party had learned from previous electoral battles.

“We recognised the last time that there were not three seats for the DUP in East Londonderry,” he said.

“Rather than putting up three and getting one, we've put up two. And we've got two. This will be a five-year period of hard work and let's see where it takes us.

“It's a good day for East Londonderry,” he added.