Derry men to face Kilmoyley on Sunday at 2pm 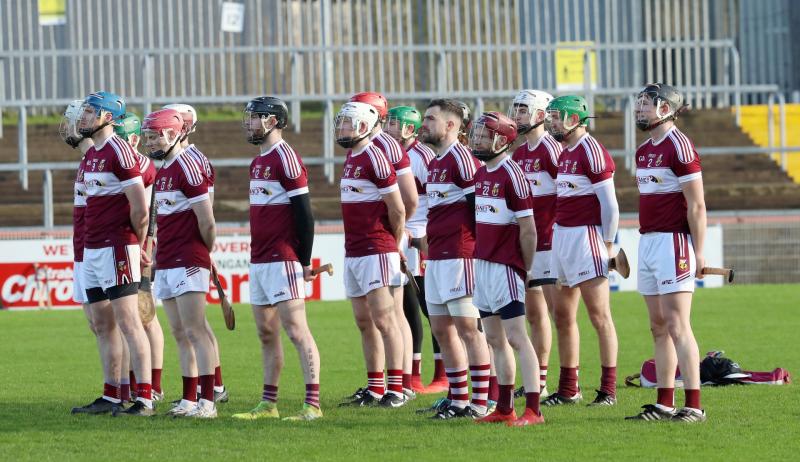 Banagher hurlers will play their All Ireland semi final

Darragh McCloskey hopes the excitement generated by their championship adventure will have a lasting legacy beyond the club’s first Ulster success and Sunday’s date with Kilmoyley.

The sight of the Banagher team parading through Feeny on the back of a lorry told you all you needed to know about their success, it was sheer joy.

“Even going up to the underage sessions during week, a few of the players were bringing up the cup,” McCloskey beamed.

By the time the Banagher skipper checked in for work at St Colmcille’s PS in Claudy, he was greeted by an array of posters, made by the pupils to mark his success.

One of four brothers on the team and son of club hurling icon Sean, he remembers his first night of hurling.  Before the plethora of underage grades, Banagher U12 hurling training on a Friday night is where you cut your teeth.

“Da was taking it, I remember I was four or five and I wasn’t too big, but I was straight out onto the pitch against boys that were seven or eight years older,” he said.

In the aftermath of their Ulster glory, those early memories have been rekindled

It was Banagher’s first hurling title since their 2005 senior success and comes on the back of their 2018 intermediate football win, a season that ended with a defeat in sudden death free kick heartbreaker against Mullahoran in Ulster.

“There are a few young boys on the panel that remember that 05 team that won the senior championship, they were only seven or eight and they remember that well,” he said.

“The excitement of that and getting a run up to Casement Park to the Banagher and Cushendall game, they still remember things like that.

“The young ones here there at the minute, the will remember going down south to watch our game and it is something they will always remember.”

McCloskey pays tribute to the input of former dual star Ryan Lynch in his first year as manager.  He also points to the experienced core of players that backbone the club’s football and hurling teams.

“You are probably talking 11 or 12 that have played county football or hurling at some stage,” he said.

“You look at the experience of Oisin (McCloskey), Ruairi (McCloskey), Mark (Lynch) and even PJ (McCloskey) coming off the bench. They have been around big games with club and county.”

The three county final defeats to Slaughtneil team that are ‘flying’ were part of the learning process and throw in some of the newcomers.

“Callum O’Kane at 18 is starting at midfield,” he points out.  “They are adding another dimension to the team and hopefully it will bring them on big time.”

Their season arrived at a crossroads when they went under to local rivals Kevin Lynch’s at the senior semi-final stage, a defeat that came after a spell where Banagher held the upper hand in the rivalry.

Within a few days, Ryan circled the wagons and the ‘reset’ button was pressed ahead of the intermediate championship.

“It was as if it was a new season,” McCloskey recalls of a campaign that saw them defeat Lavey in the final, backing it up with wins over a fancied Middletown and Lisbellaw in Ulster

“We had a new target and even though we lost out on the senior final, which was the aim at the start of the year, we thought if we can get a run in this, it was going to bring on the club.

“Normally it would’ve been the end of your season in October, but now we were able to get hurling on into January.

“We were asking ourselves when the last time we had a season that lasted 12 months. If anything, it is bound to help us as a team.

Within days of defeating Lisbellaw, the mind began to wander towards Sunday’s meeting with Kilmoyley.

“They have four of five of them on the Kerry team they played in the Joe McDonagh final. They are a serious outfit and playing at a high level.

“We’ll get a look at them and find out where we can target and need to be on our toes.

“When you look at Slaughtneil going out to mix it with Ballyhale, you can say ‘why can’t we mix it with these men’”

“The biggest thing is that we have a panel of boys that are excited about hurling and want to be out hurling.”

From that first Friday instalment of u-12 training, McCloskey’s enthusiasm for hurling hasn’t waned. If anything, it’s greater.  Sunday is the next chapter.