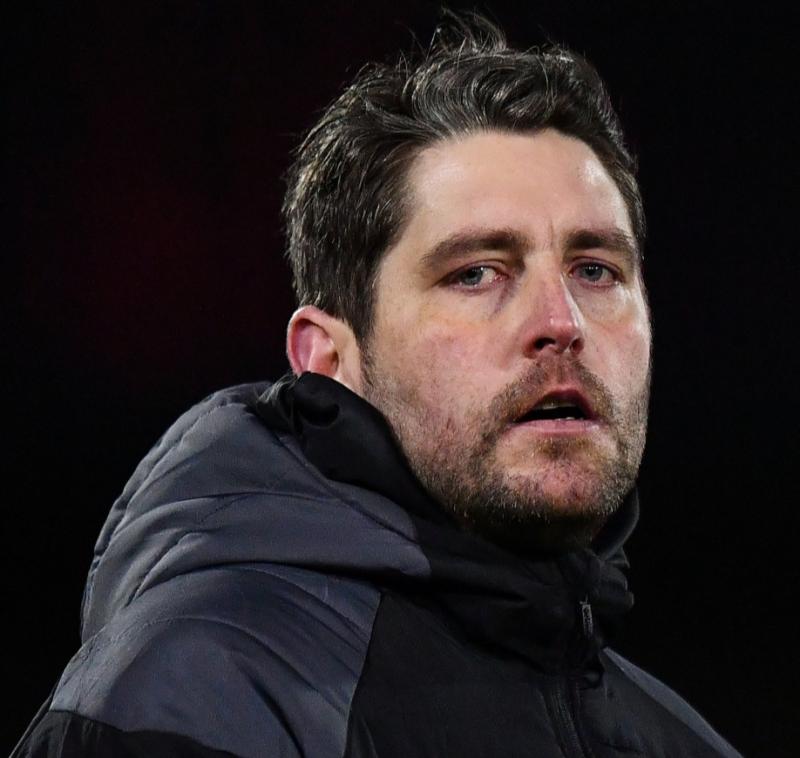 “Stamp our own authority and try and be brave” is Ruaidhri Higgins' message to his Derry City stars ahead of Friday's crunch league match at home to Bohemians.

The Candystripes entertain the Dublin side at Brandywell knowing full well that can't afford many more slip-ups as they push on to try and qualify for Europe.

Bohs are also gunning for a Euro spot and Friday night will be crucial for both teams as they try to reel in Sligo Rovers who currently lie in third position – the league placing needed to dust off the passports.

Higgins is well aware of the talent that Bohemians possess but says his men must step up and ensure the opposition head back to Dublin point-less.

He said: “Friday night is a brilliant game to look forward to. There's nothing between the majority of teams in this league.

“It's just a case of whoever performs the best on the day normally comes out on top.

“All the games have been tight between us this year so I expect no different for Friday.

“We're hopeful of a big crowd and a vocal one at that to get right behind us the way that they have done recently and try and drive us on to victory.

“Hopefully the supporters have got their voices back given the noise they made against St Partricks two weeks ago and they are ready to go again.

“Bohemians have some of the best young players in the country and they do have a strong goal threat – the main one obviously being Georgie Kelly.

“But they've got really exciting and energetic young players who can hurt you at any given moment.

“But we will prepare as best we can to nullify that threat. We've been good at home recently so we need to stamp our own authority on the game and try and be brave.”

An injury doubt for Friday is Ronan Boyce who hobbled off at half-time during last week's 1-0 defeat at Drogheda United.

Higgins added: “It's just a case of wait and see with Ronan. There's no break to his foot thankfully..

“As regards to him making it for Friday's game, we will just have to play it by ear to see how his recovery is going.

“We've got cover ready to step in if the injury hasn't cleared up but we will give Ronan time and see where we go. However, we have plans for all eventualities.”

Higgins will be looking for a result against Bohs following an afternoon of frustration for the Candystripes at Drogheda last weekend.

He continued: “I think Drgoheda only ventured into our box once or twice the whole first half and they scored from one of those visits.

“It was one of those games where it was a difficult venue with a tight pitch. We probably had the better possession and made a few chances where we could have got ourselves in front early on or level later on in the game.

“It was just one of those days where things didn't fall for us and we just have to move on from this.

“We probably controlled the match. Listen, I'm not saying we were exceptional but we had good control of the game. We just lacked that final bit upfront.

“If there were any real chances in the game, we had them and I don't think we deserved to lose the match – that's for sure.”