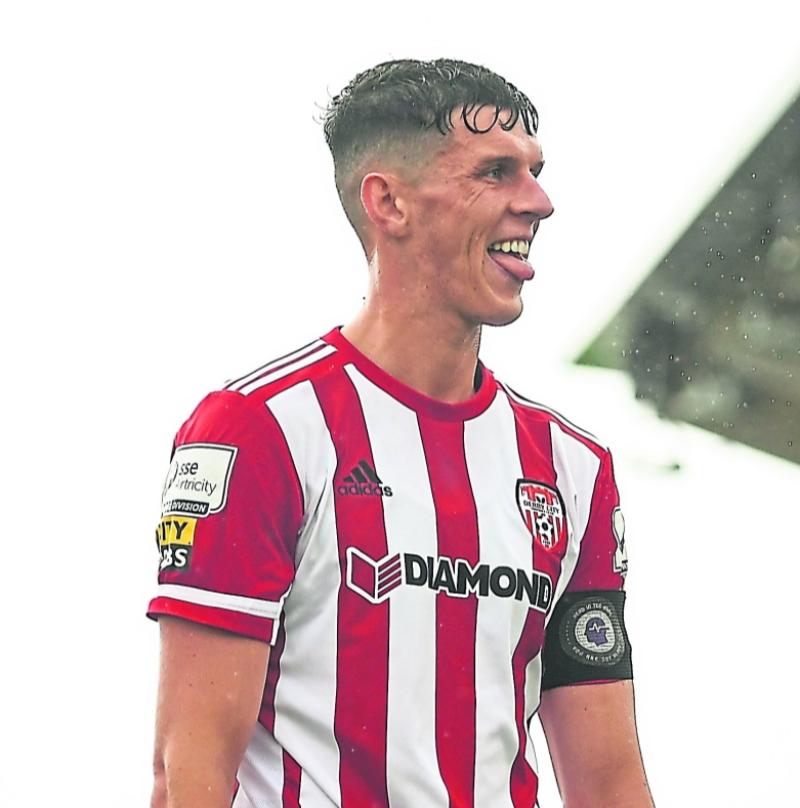 Derry City skipper, Eoin Toal, insists last week's 1-0 defeat at Drogheda United will not bring any added pressure in the Candystripes' race for Europe as that pressure is already there.

Toal and his team-mates had a frustrating day at Drogheda where despite having much possession, the cutting edge that has brought them on the brink of Europa League qualification for next season deserted them.

What made things worse was that Sligo Rovers – who are two points ahead of Derry in third spot – also slipped up after being held 2-2 at 10-man Finn Harps.

A defeat will be no use to either but a draw, if Sligo taste victory this weekend in their home match against Drogheda, would make both sides' chances of European qualification slim.

Toal said: “Bohemians is going to be a good game and we would have liked to be going into this match having got something last week at Drogheda.

“You could say losing last week brings more pressure on us to win on Friday but there's five games left and there was going to be pressure anyway for this one.

“You just have to soak up any pressure that there is – it's all part of being a professional footballer.

“Obviously the race for a European spot is going to be in the back of our heads but we need to take each game as it comes and hopefully get the result.

“At the start of the season, we were four or five games without a win and had no points on the board.

“To put ourselves in the position we are in now is incredible. However, there is still a lot of football to be played.

“You could say that with Sligo dropping points that last week was a missed opportunity but we just need to focus on ourselves and see where it takes us.

“If our teams drop points then so be it. We just have to get as many points as we can ourselves and the rest will take care of itself.

“It was definitely not our best day at the office. We went down to try and win the game but ultimately fell short.

“I felt we had done alright during the game but there were a few chances that came our way which we didn't take.

“Obviously they scored just before the first half ended and although in the second we had most of the possession, we just couldn't get the finish needed to get something.

“It was just one of those days and on another day, one of those chances that we had might have gone in and then it would have been a different game altogether.

“What's done is done and we've a big game on Friday night so we're all focused on that.”