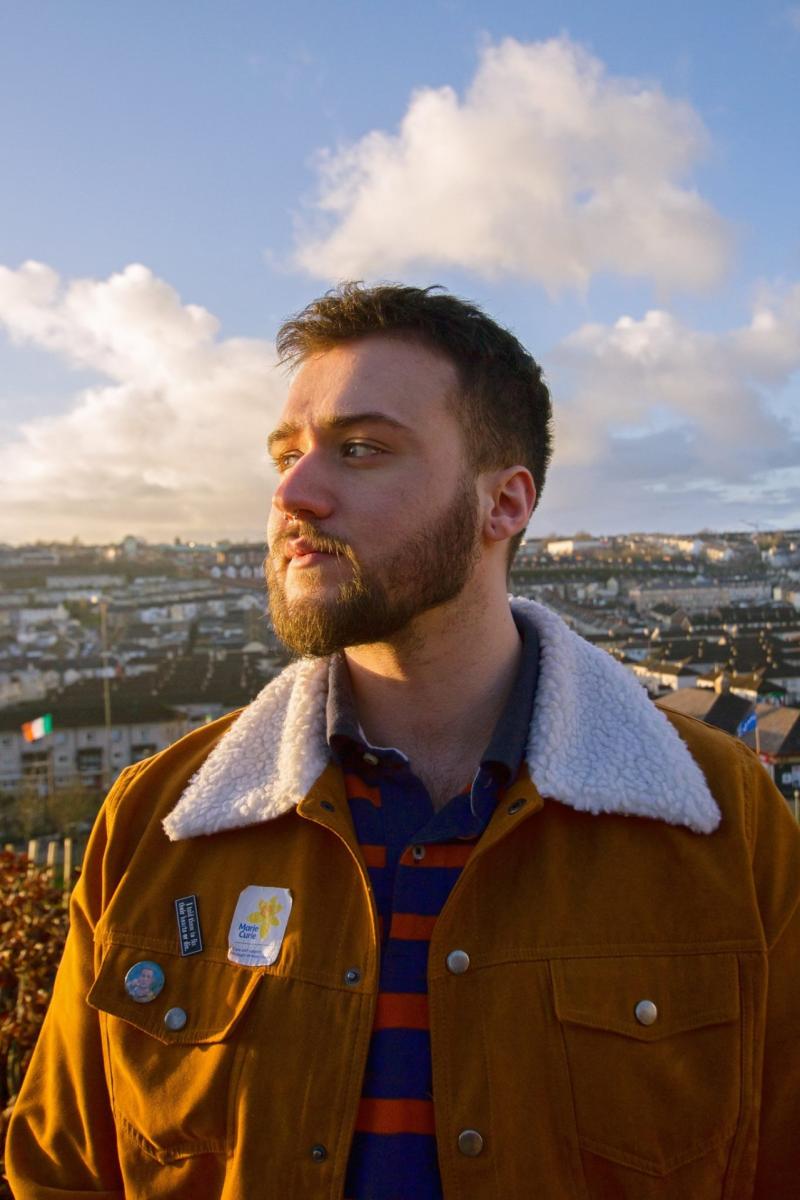 Former St Columb's pupil, David McIntyre, is making a film about the Museum Of Free Derry for his Masters degree

The Museum of Free Derry has the starring role in a new documentary being made by Galliagh filmmaker, David McIntyre.

McIntyre, a former St Columb's College pupil who graduated from Magee College with a Cinematic Arts degree, is about to finish his Masters at Queen's University, Belfast.

Part of his course involves making and submitting a film that will count towards his final grade.

After a project he had previously lined up fell through, McIntyre looked closer to home and chose to turn the lights and camera upon the Museum of Free Derry.

The museum opened in 2007 in order to tell the story of what happened in the city during the period from 1968 to 1972, describing events such as the civil rights era, the Battle of the Bogside, Internment, Bloody Sunday and Operation Motorman.

Stories are told from the point of view of those who were most involved in and affected by these events – the Free Derry community, and the building itself is situated in the heart of where these events took place, in a once-derelict housing block in Glenfada Park, in the middle of what was the Bloody Sunday killing zone.

McIntyre decided that this project would also be an opportunity to give back to his home city but to also showcase its history to a wider audience from a Derry point of view.

He said: “This documentary is part of my final project for Queen's. A previous project had fallen through so I thought I would do something that would contribute to the city and also help educate myself on my own city's history so I decided to make a film on the Free Derry Museum.

“I was born and raised in Derry. I grew up in the Galliagh area. I come from a working-class background. Galliagh didn't have much when it comes to supporting the arts in general – especially film.

“Filming itself is a hard vocation. You really have to go out there and chase it which is why I'm doing all these projects now to solidify my new work.

“I don't necessarily have a close connection with the museum – apart from one visit there when I was younger before the building was renovated.

“I chose it as a learning curve. I know a lot about the Troubles and Bloody Sunday but again, going back and learning the hard facts about it all was educational for me.

“I knew I could dress it up in a way that other people watching it would get as much as I did out of it.

“My family was not involved directly with Bloody Sunday but, then again, the Troubles had a grip on everybody. So the aim was to contextualise all of that for a wider audience through a lens that is from Derry, not just outside coverage.

“The film is a true atmospheric piece that tries to portray the story in a relaxed way – the same way in which the museum itself does as well. Approaching a sensitive subject like that, the museum presents it in the same way as an art museum. It's very calm, there's a lot of audio and visual interaction and the lighting is very mellow.

“I suppose the film's very atmospheric and cinematic approach to this story's telling means it's a lot more digestible to a wider audience.”

Once his Masters is completed, McIntyre hopes to get his documentary onto the big screen itself.

He added: “I haven't started to advertise the film yet. As soon as I get the last draft done, I will be sending it to the museum for their approval.

“Once that is cleared, I will start a proper advertising campaign and then I'll post it online where I can. Hopefully, when festival season rolls round I can try and get it screened.”