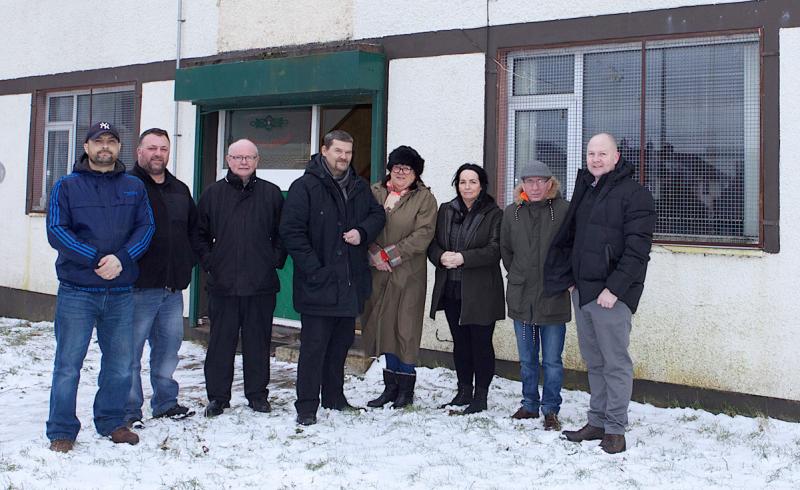 The team at the Creggan Community Collective have been given a £14,995 grant from via the second round of funding awarded by The Maurice Healy Social Justice Awards

Two Derry-based community groups are in the money today having each received a financial boost of close to £15,000.

The Creggan Community Collective and Nelson Drive/Caw Cultural Historical Association were awarded grants of £14,995 and £15,000 respectively via the second round of funding awarded by The Maurice Healy Social Justice Awards.

Awards were made to organisations supporting local community groups with projects and initiatives that contribute to peacebuilding, tackle the impact of poverty and give a voice to excluded groups.

Four other groups across the north of Ireland were given grants with the total sum handed out being in the region of £90,000.

Creggan Community Collective were given their award to support their work engaging with the Creggan community.

The Collective promotes and embeds human rights and social justice in their day to day work for and with the people of Creggan and further afield.

Nelson Drive/Caw Cultural Historical Association's own award was given to help their work towards a community engagement programme looking at issues of culture and identity and, together with young people in particular, develop an action plan and deliver annual events to ensure a safer, peaceful and inclusive community.

Dawn Shackels, Director of Peacebuilding and Communities at the Community Foundation Northern Ireland (CFNI) said: “These awards are such a fitting way to recognise the very sensitive and hugely impactful work that Maurice carried out.

“Maurice was a great supporter of and advocate for the work of the Community Foundation, for peacebuilding and community development.

“His integrity, his drive and his passion to help communities thrive was clear to see through his work and the relationships he built across the divide both locally and internationally.

“The Maurice Healy Social Justice Awards recognised projects that contribute to peacebuilding, tackle the impact of poverty and austerity measures and/or give voice to excluded groups.”

Maurice’s family have expressed their pride in Maurice’s legacy being marked by the establishment of the social justice awards.

As a family they identify organisations which align closely with Maurice’s values and the work he carried out.

Frankie Healy, Maurice’s son said: “It’s touching to see this year’s awards go to such a deserving selection of groups and projects which at their core represent the type of grassroots, cutting edge community development that Maurice pushed for.

“Most of these groups have even had Maurice’s personal help and support from day one and I sincerely hope that this grant can go some of the way to continuing the legacy which he has left behind.

“It is poignant to think that some of the groups involved have never taken funding in the past and have only accepted this award because it honours their long time friend and supporter.

“On behalf of my family and the wider community I would like to thank CFNI for providing an opportunity for groups to continue the peacebuilding work for which Maurice stood.”