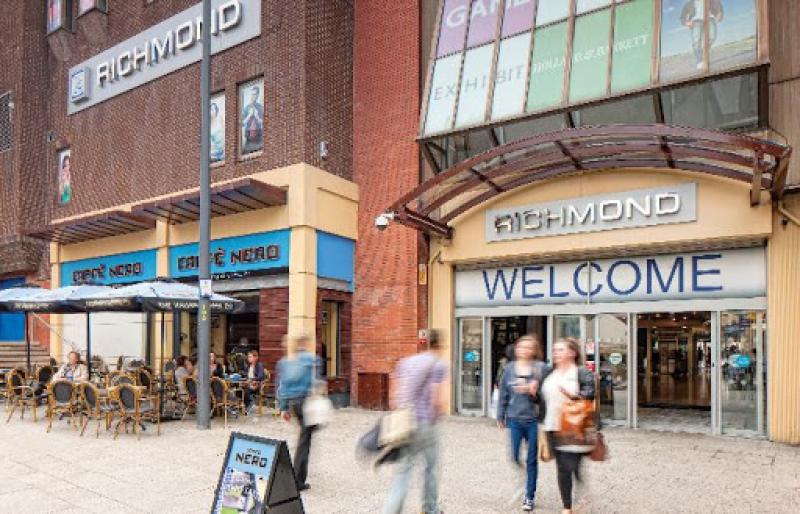 A Foyle MLA has accused the Department for the Economy of alienating Derry's young people with the High Street Voucher scheme.

Sinéad McLaughlin, who is the SDLP's Economy Spokesperson, was speaking after the DUP's Economy Minister, Gordon Lyons, revealed the online application portal for the scheme will be open from September 27 to October 25.

Derry shoppers can register for a voucher online and upon receipt of it, head towards the city centre's shops and spend it away.

The scheme is designed to give High Street shops across Derry and the north of Ireland a boost ahead of the Christmas period.

However, Mrs McLaughlin has spoken out against the fact that only those aged 18 and over will be eligible leaving 16 and 17-year-olds out in the cold.

The Foyle MLA also highlight the length of time it has taken for the scheme to be unveiled and said such procrastination did not inspire confidence in how the scheme is to be administered.

She said: “While it’s welcome that a date has finally been set for the rollout of this long-promised scheme, I am disappointed at how long it has taken us to get to this stage.

“The Department for the Economy has encountered numerous issues just getting this far and it does not fill me with confidence for the administration of the scheme.

“Our young people have once again been let down by the department and DUP Economy Minister Gordon Lyons after they decided to exclude 16 and 17-year-olds from the scheme.

“Many of our young people have been hugely affected by the pandemic, having to put their education and social lives on hold.

“I believe any issues with young people accessing the scheme could have been overcome.

“If they are old enough to work and contribute to society then they should be eligible to benefit.

“There are also issues around how older and vulnerable people will be able to access their voucher, with the registration process being mainly online.

“While for some people this will be a much-needed boost to help them get by I would ask those who can afford it to consider spending this money in one of our local businesses who were affected so badly by the pandemic.

“We are lucky to boast a wide range of bespoke outlets in our cities, towns and villages across Northern Ireland and they need our support if they are to survive as we emerge from this pandemic.”

Meanwhile, the Chief-Executive of the Derry Chamber of Commerce, Paul Clancy, has welcomed the Economy Minister's announcement of the voucher scheme.

He said: “It’s positive to see dates confirmed for the roll-out of the High Street Scheme. This is an important and substantial scheme which will hopefully kickstart our retail businesses and breathe life back into our high streets and city centres.

“We would encourage all those eligible to receive a £100 voucher to apply as soon as possible and, where they can, spend local and support local.

“Our local retailers and traders have been among the worst hit during the pandemic and this scheme will go a long way to helping them get back on their feet.”