Supercars set to roll into town for Mayor's charity fundraiser 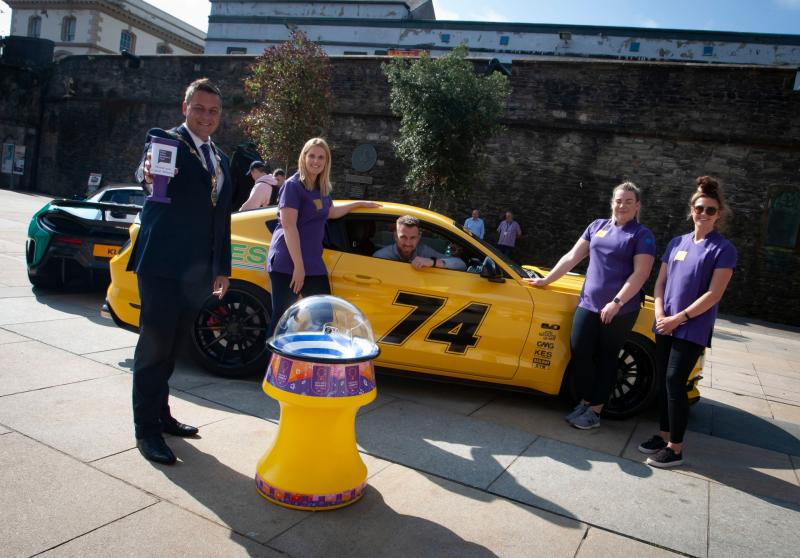 Mayor Graham Warke on Guildhall Square with one of the supercars that will be on show in his charity fundraising event, Supercar Sunday which will take place on October 3, 2021

Start your engines and rev up for a motorcar extravaganza as a fleet of classic automobiles will be cruising around in Derry next month.

The city's petrolheads will be pencilling Sunday, October 3 in their diaries where at Guildhall Square and on Harbour Square, car enthusiasts, Gary McCaul and Keith Gamble will parade some of the finest machines on four wheels.

Up to 15 cars will be on show, including supercars such as Lamborghinis, Ferraris and McLarens together with American Muscle cars such as Corvettes and the Ford Mustang.

Mayor Graham Warke is hosting the special event to raise funds for his charity, the Foyle Down Syndrome Trust (FDST), where collections will take place for turning up to see the supercars and also donate to a good cause.

Mayor Warke said: “I'm really looking forward to this event at the start of October and having got a sneak peek of some of the cars that will be on display, I can safely say this is something not to be missed.

“We've all seen the Lamborghinis and Mustangs on TV and in films, but this is an opportunity to get a close-up look at these magnificent cars.

“I can guarantee that it will be fun for all the family. It's not often that you get to see so many of these supercars all in one spot, so make sure you call down on Sunday, October 3 and have a look.

“This is all in aid of my chosen Mayor's charity, Foyle Down Syndrome Trust, who do fantastic work in this city and district. All donations will be hugely appreciated, and all proceeds collected on the day will go directly to helping FDST.”

The Mayor's Supercar Sunday will take place on Sunday, October 3 from 12pm to 4pm in Guildhall Square and Harbour Square.

Donations can be made on the day to Foyle Down Syndrome Trust or you can donate online at: https://bit.ly/MWCharity