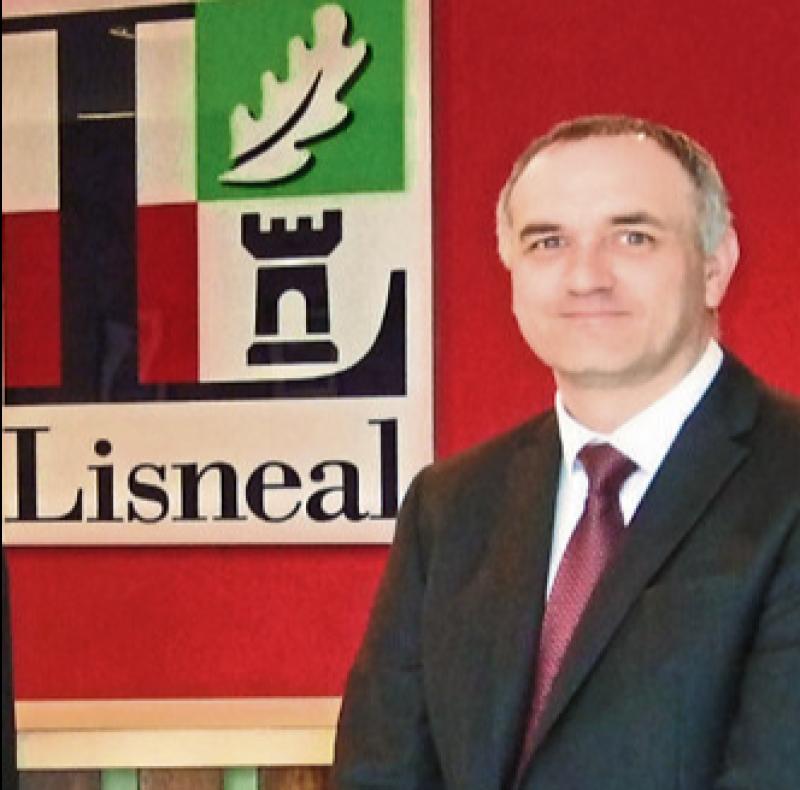 A Principal of a Derry school has expressed fears that relationships between schools and parents could break down thanks to the chaos caused by Covid testing.

Michael Allen, who is Principal of Lisneal College, said the testing of pupils as well as pupils having to self-isolate has led to a disruption both for his school and the children's parents.

Polymerase Chain Reaction (PCR) testing has long been in place to test people to see if they have contracted Covid-19.

This has applied to school pupils as well with children having to be taken out of school if they show symptoms of the virus, have been in close-contact with someone else who has or themselves been unfortunate enough to catch Covid.

Lisneal College has been no exception with a number of pupils having to return home to self-isolate and wait on PCR test results or sit out the mandatory 10 days in isolation should they test positive.

However, the revolving door of pupils coming into school only to then come back out has placed a strain both on the school and on the parents who themselves have to reorganise their working lives so that they can care for their child at home.

This has been mirrored across the north of Ireland with the Assembly at Stormont being recalled on Thursday to debate the issue.

Principal Allen said: “Prior to coming back ahead of the new school term we had roughly over 20 children having to isolate with a mixture of close-contact, positive cases and kids waiting on tests.

“Since we have returned, we kind of got through the first few days OK and then last Friday it (children having to self-isolate) started to really grow.

“We had cases reported on Friday, Saturday, Sunday, Monday and Tuesday. We’re probably upwards now with 80 or 90 kids having been out, returned home, still out of school or are still awaiting (Covid) test results.

“The whole thing is much more complicated than the last time. This makes the school very disorganised because you have kids in one day and not in the next.

“What you can also have is a kid who goes for a PCR test on the Monday, tests negative but then is in close-contact with a kid on a Tuesday and then has to book another PCR test. You could have young people having to get tested three or four times in a very short space of time.

“One thing we’re noticing is because of the way this is working this time (as opposed to last year) is that I think a lot of the goodwill that parents had in regard to the (Covid) protocols – not just with how schools work – I think that goodwill has gone now because parents are having to come in like yo-yos having to pick up kids.

“Even the online learning is very difficult because you’ll be having to deal with different kids at different stages (of their learning) on a daily basis and all your teachers are in school. So we can’t deliver online learning with those children and deliver in-school learning at the same time.

“In the main, parents are coming in and they thank you and go and do the test. But there are a growing number of parents – who maybe themselves are coming under pressure from their work because so much time has been missed – are now potentially having to come out of work to sit with a child for two days waiting on the results of a PCR test.

“There is certainly a level of frustration that we’re seeing that perhaps we didn’t see before. There is a risk that if this isn’t dealt with quickly and the message communicated more clearly, you could see school and parent relationships breaking down because we’re trying to uphold guidance out of our control or of our making and it is having a pretty detrimental impact amongst a number of parents.

“We’re the only people who the parents can vent their frustration to and it is disappointing that parents and schools have been placed in that position.”

Brian Guthrie, the Principal of Ebrington Primary School, said the added administration work required to alert both parents and the Public Health Agency of pupils having to self-isolate was taking up a lot of time for school principals.

He said: “If a child tests positive here at Ebrington, having reported cases before I am feeling confident enough myself to get information out to parents. We have our letter ready to go, we adjust the date appropriately.

“I then make the phone call through to the Public Health Agency and make them aware of that. The only thing is, is the pressure of time, the amount of added administration that is putting on principals.”

Derry mum of four, Lori Campbell who works as a childminder, told BBC Radio Foyle that when she turned up to drop her children off at school last Monday, she was instructed to take one of them back home.

She said: “Her class was involved in a close-contact situation and they needed us to return home and organise a PCR test.

“It left me in a situation where I was meant to be working, I had another child on board who was then at risk and my husband was at work.”

Her daughter's PCR test came back negative but had it been positive, there would have been an immediate hit on her income.

She added: “If her test had came up positive, I would have to close my business and that would be me closed until her PCR test came back clear.

In a statement commenting on the impact of Covid-19 on schools, Education Minister, Michelle McIlveen, said: “Detailed discussions are ongoing between my department and the Department of Health on measures to alleviate current pressures facing our schools as a result of Covid-19.

“I recognise that the start of the new school year has been stressful for parents, children and school staff.

“The public health grounds for keeping and supporting children at school are very strong in terms of supporting their education and their emotional well-being.

“These include additional cleaning and hand hygiene, ventilation, the use of face-coverings and regular asymptomatic testing.”