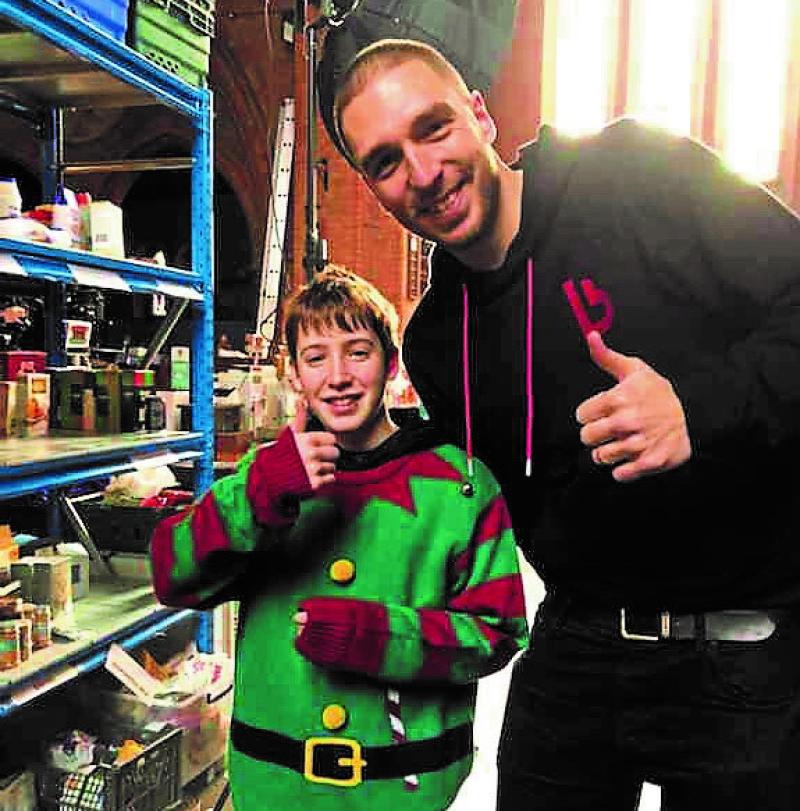 Mark Hoyle pictured with Ronan who was the only child to feature in the music video.

A Derry mum and son who feature in a music video alongside popular YouTube stars LadBaby are hoping the new song will secure the Christmas Number One spot alongside a place in chart music history.

Mark Hoyle, better known as LadBaby, along with his wife Roxanne have raised money for the Trussell Trust food bank charity with their sausage roll-themed singles since 2018.

And now they could overtake the Spice Girls and The Beatles, as the act with the most consecutive Christmas Number Ones.
The new track titled, Sausage Rolls For Everyone, is a cheeky version of fellow Christmas Number One contender Merry Christmas, by Ed Sheeran and Elton John.

Ahead of its official release tomorrow (Friday, December 17), bookmakers William Hill have made the song 2-9 favourites to clinch the top spot. 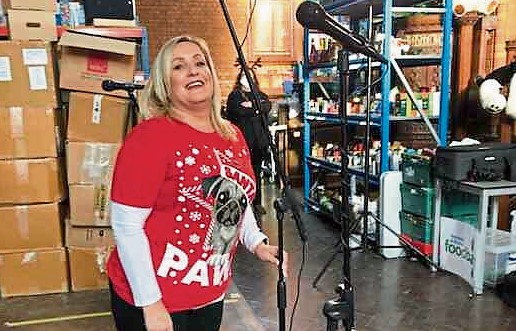 Donna Kennedy pictured ahead of filming.

If it does, it will be the duo's fourth consecutive Christmas Number One breaking an all-time chart record.
Maghera mum Donna Kennedy and her 12 year-old son Ronan will be very interested to see how the song does as they feature among the choir in the music video.

Donna and Ronan flew to London on Wednesday of last week to record the video in a former church-turned food bank in Streatham, London.

Explaining how the once-in-a-lifetime opportunity came about, Donna, who volunteers with the Trussell Trust's food bank in Magherafelt, said: “I volunteer for the food bank and I happened to say I am a big fan of LadBaby – I follow them on Facebook and TikTok - and their work with the Trussell Trust so they asked me did I want to come along and join in on their music video for their song.”

Former nurse Donna suffered two mini strokes and found herself in difficulty after her illness meant she couldn't work and she wasn't eligible for sick pay.

As a result, the mum-of-three was forced to use a food bank.

“Mark and Roxanne have never experienced meeting somebody who actually had to use the food banks and that's why they were so keen to have us involved in the video,” continued Donna.

“When Rox heard my story, she actually cried. She said she had never spoken to anybody that has had to use a food bank. They are so passionate about it.” 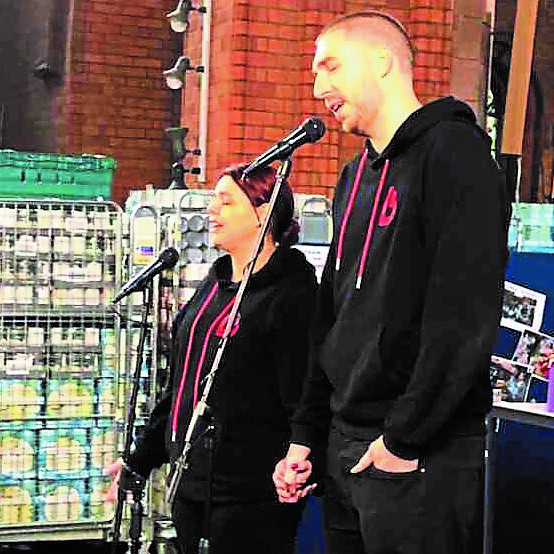 Ronan, a year eight pupil at Sperrin Integrated College in Magherafelt, was also interviewed by Mark about the importance of food banks and was delighted to receive a signed copy of their new book, Greg the Sausage Roll: Santa's Little Helper.

“He was loving it – he was absolutely enthralled. He was the only child there and Mark from LadBaby really took to him,” said Donna, who in turn presented the celebs with a unique LadBaby-themed Christmas lantern which she designed herself.

Donna and Ronan have been sworn to secrecy and aren't allowed to reveal any major details ahead of the song's launch. however. they are both confident the tune will clinch the coveted Christmas Number One spot.

“It's going to be number one – I know it is,” continued Donna.

“Ronan and I are actually singing beside them (Mark and Roxanne) in the video. Rox was so emotional singing it and she actually broke down crying a couple of times– the words of the song are so meaningful.

“It was so much fun and was just amazing to be a part of it. I actually thought my fame had stopped,” laughed Donna, whose story about her struggle with poverty also featured on the back of Kellogg's Cornflakes boxes earlier this year.