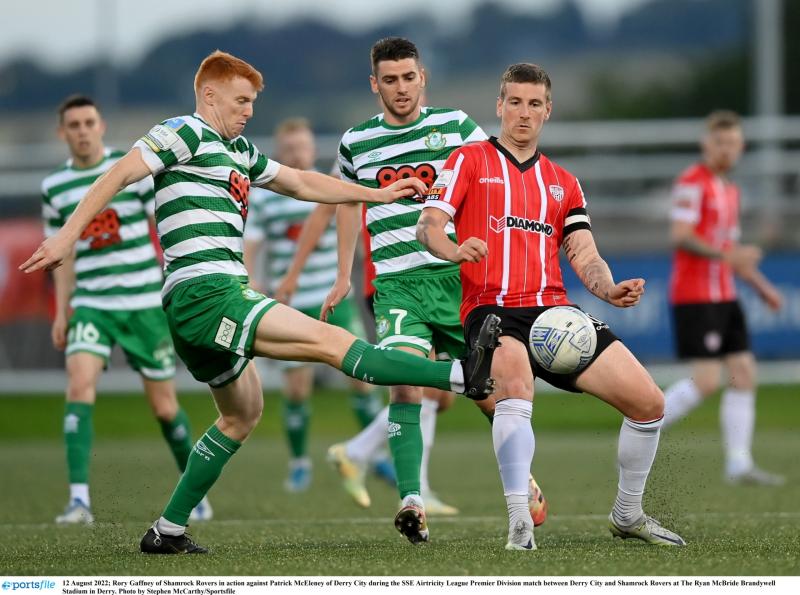 Derry City will host Shamrock Rovers at the Brandywell in the quarterfinals.

Derry City will face Shamrock Rovers at the Brandywell in the FAI Cup quarterfinals.

After home draws against lower division teams Oliver Bond (7-0) and Cork City (2-0), Ruaidhri Higgins’ team have again been drawn at the Brandywell, but against arguably the toughest possible opponent in league champions Rovers.

The tie, which will take place on the week ending September 18, is the first time the teams have met in the FAI Cup since the semi-final in 2014.

Back then a late Rory Patterson goal at Tallaght earned a replay at the Brandywell before City emerged as 2-0 winners thanks to goals from Michael Duffy and Patterson.

The rest of the draw is as follows: