Long-running summer cup remains as popular as ever 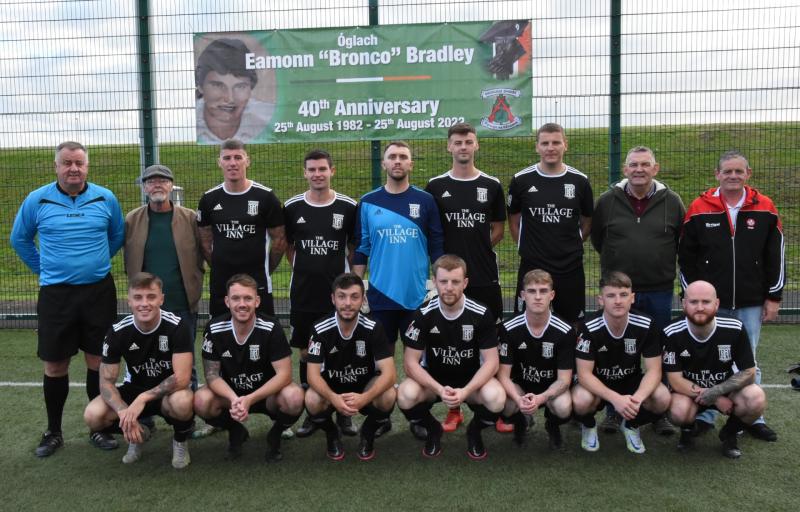 Rosemount were the winners of this year's Bronco Bradley Cup.

Rosemount were the winners of this year’s Bronco Bradley Cup, defeating Creggan 4-1 in Friday’s final to put their name on the trophy in a landmark year for the competition.

As is always the case at this time of year, crowds have gravitated towards Leafair to enjoy the city’s most popular and long-running summer cup competition, with this year particularly poignant as it marks the 40th anniversary of Eamon Bradley, in whose memory the competition is run.

Rosemount were always one of the favourites to win this year, but few could have predicted such an emphatic scoreline in Friday’s final against a strong Creggan team. But the 4-0 scoreline showed just how powerful this Rosemount team are, with Paddy Slevin, Davy Healy, Ciaran Deeney and Kevin Healey getting the goals. Tony Duffy grabbed what proved to be only a consolation for Creggan.

Rosemount now join a lost of winners that includes some of the great teams to have graced Leafair since the early 1980s.

Martin McGilloway, who has been there from the start, reflected on some of those big names to have won the trophy in that time.

“It’s probably the longest running summer cup competition in the town I know there’s some have started up again, like the Pat Harkin, but the Bronco has been going since three years after his death sine 1985, and properly then in 1986 with Dickie Kavanagh’s Shantallow Community Centre team winning it for the first time,” he said.

“It was touch and go with Telstar and Top of the Hill winning it one year and then anther and then Ardnamoyle Celtic won it a few times. We then had Foxy’s Wolves who won it a couple of years and Foxy put at least a thousand people around this pitch to watch it.

“It started to get dominated by Foyle Harps then, who were in several finals. I think they lost the first four, then they won the next four. Then Marty Gallagher’s team won it twice in a row. When the new pitch came along we put it back to 9-a-side and amalgamated in 2011 into the Denis Heaney-Bronco Bradley Cup. It has just continued from then on.” 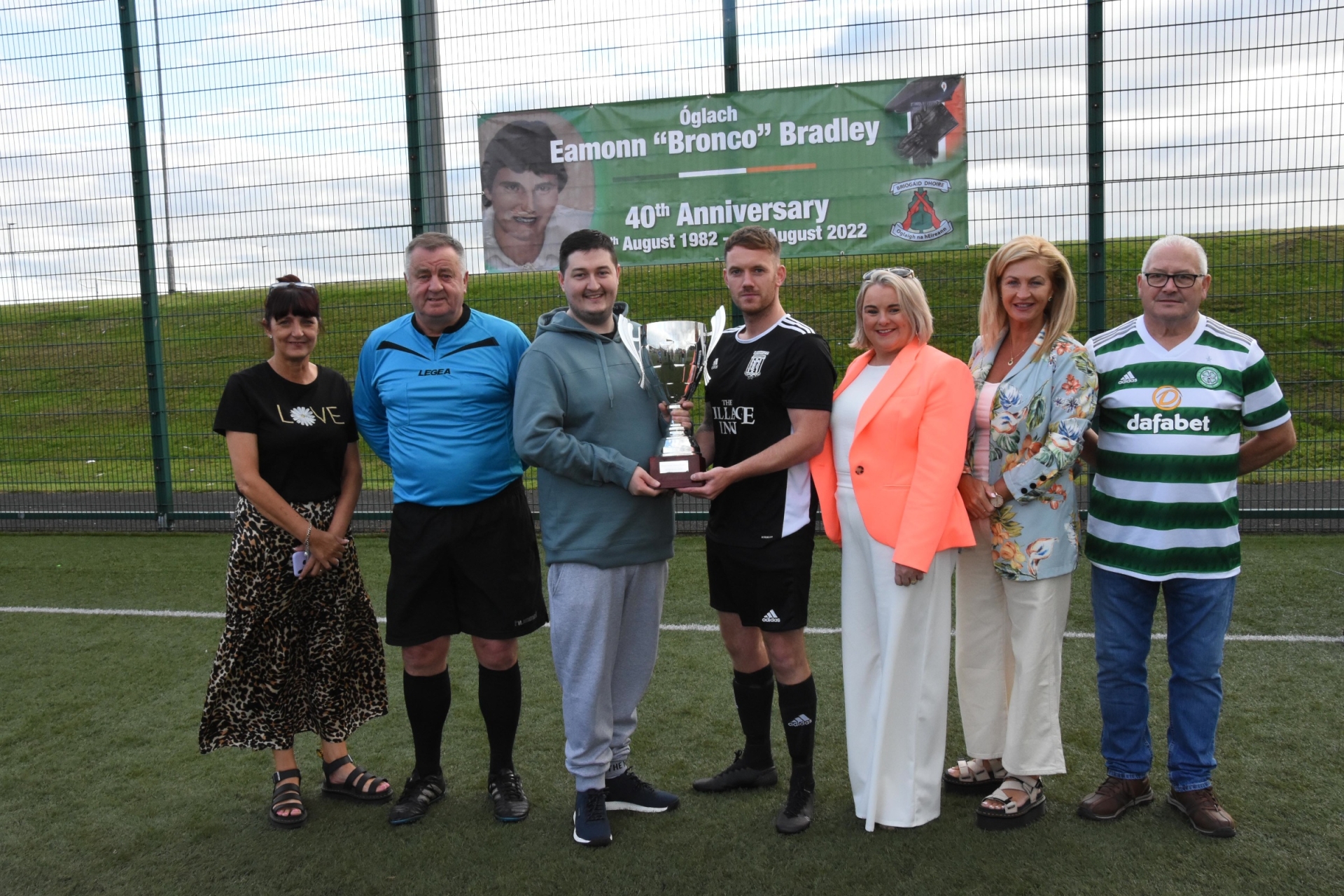 The competition is now generational with few other competitions lasting anywhere near the almost four decades the Bronco has been running.

“Forty years is a long time,” Martin agreed. “There was a young fella playing this week and his father played in it, his father was standing watching him play, so that’s how far back it’s gone tis competition. There’s people still talking about this competition and playing in it and remembering every goal they scored.

“There were some super goals scored here; John Travers scored an excellent goal here which will always be remembered and one this week which Daren Cassidy scored which was very similar to it; but I think John’s will always be the best ever goal scored in the Bronco.”

Even talking about popular individuals and teams from years gone by, Martin can’t help but smile, which in itself sums up just why this competition continues to remain as popular as it does.

“You could talk all night about the memories,” he acknowledged. “Watching Foxy running up and down up the line and the nerves on him because his team were losing or going out of the competition. Foxy was one of the people who loved it so much, that’s why now we have a wee over-40s match just for Foxy the day after the final ever since he passed away in March 2019.

"I’ll do it as long as I can, that’s the main thing. If not, there’s people there who can take over and run it. It’s so popular and it’s good for the community and good for the area too.”