Candystripes hoping to go second with win at Oriel 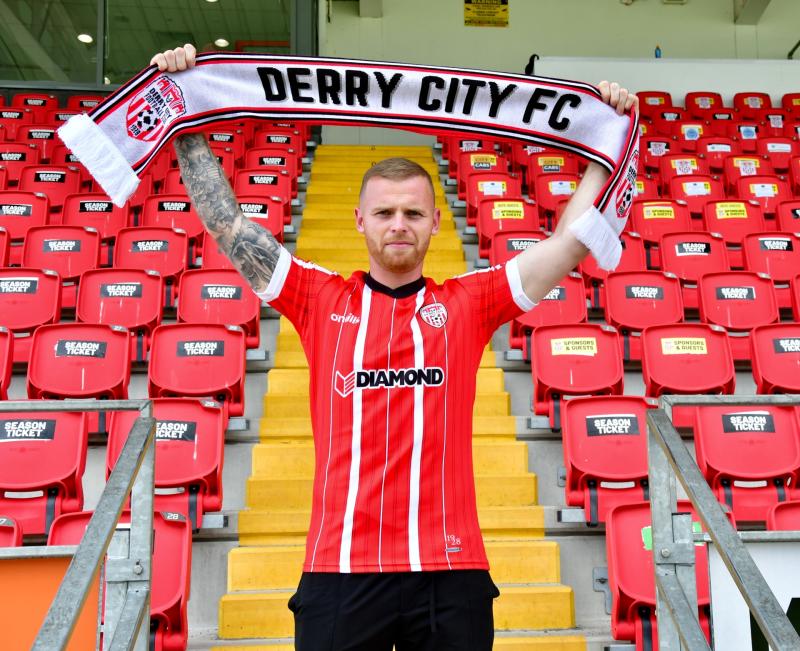 Ruaidhri Higgins is not concerned with the noise coming from Dundalk surrounding his recent signing of Mark Connolly, insisting that he is only focused on taking all three points from Oriel Park in tonight’s game. Kick off 7:45pm

Whilst Stephen O’Donnell has accepted Connolly’s move to one of Dundalk’s main rivals as part and parcel of football, some sections of Dundalk supporters and media remain upset about the move and a hostile atmosphere could await at Oriel as a result.

But none of that is of any interest to Higgins, who is preparing his team for a huge game in his team’s season.

“I have a job to do here,” he said. “I know we’ve brought in Mark Connolly, who had a really good loan period there, but we lost our centre-half and he needed to be replaced and Mark became available so it was a natural fit. It was definitely nothing to do with annoying anybody down there, far from it. We just had to do what we felt was right for this club and we needed leadership as well as a good player and Mark fit the bill so we went after him.”

The Connolly incident aside, tonight’s fixture is huge for both teams, with just two points separating Dundalk in second and Derry in third place. A win for the Candystripes would take them a point clear of their rivals with a game in hand.

“It’s a good game with two good teams. Both teams will have a go at each other and it normally makes for an exciting game so hopefully we can come out on top,” Higgins continued. “We know that they are a very good side and that they have real strength but we have good players as well and hopefully we can really go down there with good organization but also play on the front foot as well.”

With the end of the season approaching, each game and win becomes more important, and Higgins is not surprised that Dundalk are in the hunt for trophies.

“They have had a very good season, but I called it earlier in the season that I felt they would be up there and nothing has changed. They have got an excellent blend of league winners, players who know how to win and young, emerging players and really good staff and manager. I had no doubt they would be up there and I think I have been proved right. It will be a good game with two teams going at it and hopefully we can come out on top.”

Will Patching is a doubt for this evening's game due to an ankle injury, while winger Ryan Graydon has been definitely ruled out. But with a number of new faces arriving at the club in recent weeks, the Candystripes have more strength in depth than at any stage this season so far. That has coincided with a return to form domestically.

“We’ve had a good run in the league recently,” Higgins acknowledged. “I think it’s been three wins and two draws in our last five so hopefully that can continue. We have a wee bit of momentum domestically and there seems to be a good spirit around the place so hopefully we can show that.”

Victories over both Dundalk and Shamrock Rovers in the next eight days could well propel Derry City right into a title race in the final months of the season, but Higgins would not be drawn on that possibility just yet.