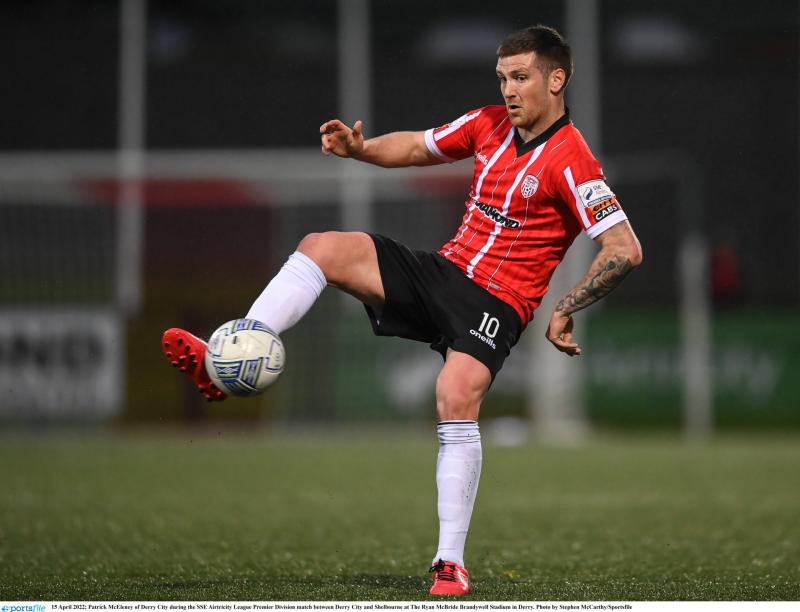 Patrick McEleney will be the new Derry City captain.

Toal completed his departure from the Brandywell by signing a three-year deal with the English League One side yesterday. It ends weeks of speculation over the move, with the 23-year-old defender leaving the club after six years, 155 appearances and six goals. He also leaves behind the captain’s armband, which seems certain to be given to McEleney in the coming days.

McEleney, who captained City to victory at Finn Harps on Sunday past, is one of the more vastly experienced members of the squad, as well as one of the most successful given his glittering career with Dundalk in recent seasons. His close relationship with manager Ruaidhri Higgins is also a factor, with the City boss making no secret of his admiration of the midfielder right after the late, late win in Ballybofey.

“Patrick McEleney’s performance was an absolute masterclass,” he said. “That’s why we’ve brought him here. It’s his sixth 90 minutes in a row for him and you can see how important he is to the team.

“He’s got real leadership. Patrick wasn’t a born leader when he was in his early twenties and his mid-twenties; he has developed that and it comes from winning and knowing ow to win. I think it’s an example for our players in their early twenties that they can emerge as real leaders, and Patrick’s class and personality shoe through in that performance. I thought he was brilliant.”

Meanwhile, Toal is now looking forward to the next chapter of his career, having signed on for three years at the University of Bolton Stadium until 2025.

“It’s brilliant,” he said. “I know it’s been on the cards for a few weeks and I’m glad it’s done now and I’m really looking forward to it.

“I’ve been at Derry for five or six seasons and really enjoyed it. I built up a lot of good relationships with Derry, a lot of good people there. I can’t thank them enough for letting this go through. It’s a club I’ll always have time for and I’ll always be supporter of that club. But I’m looking forward to this opportunity now with Bolton Wanderers.”

Toal will be ready to go straight into action with the first team, with a brand-new League One season set to kick off in just a matter of weeks. With the speculation done and the move complete, he is determined to take his opportunity in England.

“Bolton is a massive club and I think it was just too big of a club for me to turn down,” he added. “It’s a very good opportunity for me to showcase myself over here in England. I’ve seen a lot of players and a few of my friends who have come over to League One and done really well and I don’t see why I can’t do that.”

Higgins wished his departing captain the best after leaving the club.

“On behalf of the management, players and staff at Derry City I want to put on record our thanks to Eoin for his service to the club,” he said. “He has been an absolute pleasure to work with both as a player and a captain. I want to wish him every success at his new club and in his career going forward.” 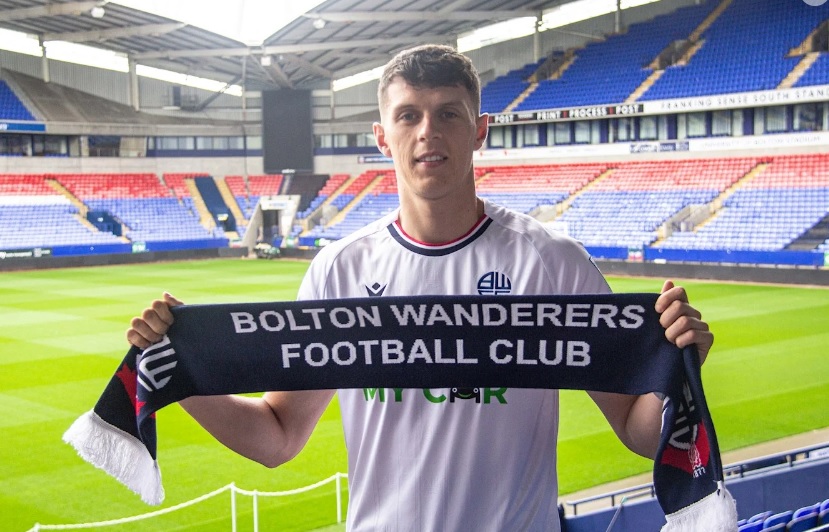