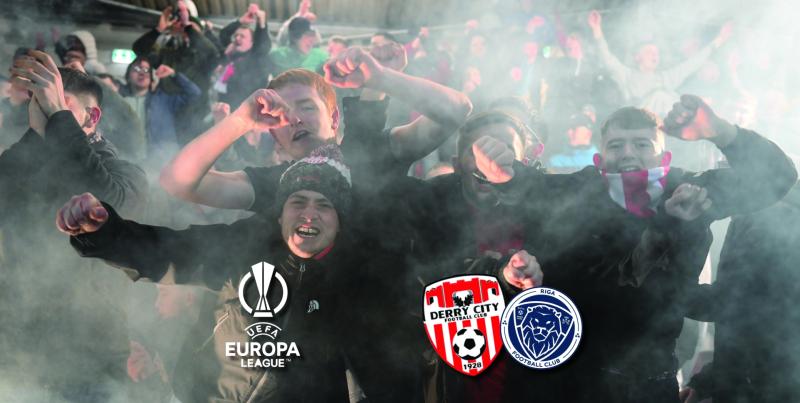 Ruaidhri Higgins has called on every Derry City fan to play their part during tonight’s Europa Conference League Qualifier against Riga FC. Kick off 7:45pm.

The City boss knows full well how influential supporters can be in big games and has asked that they make it a special Brandywell atmosphere this evening to give his team every chance possible of heading into next week’s second leg in Latvia with a chance of progressing.

“It’s different, it’s Europe, we’re representing the city on a European scale and we want to make the people of Derry proud of us and put on a good display,” he said. “For us to get a positive result going over to Riga we need everyone together. We need to make this place extremely hostile on Thursday and difficult to come to so we make sure we’re going over to Riga with a fighting chance.”

City’s appearance on the European stage is down to the hard work that the team put in last year, going from bottom of the Premier Division when Higgins arrived to a fourth-place finish in just a matter of months.

“People probably felt it was unachievable at one point but the players last year showed real determination and drive and got some massive results to make sure we got here,” Higgins reflected.

“Now that we are here we have to make the most of it and grasp every single opportunity because when I look back on my playing career, although I won the league and the cups, the most special memories for me when I look back, and I’m sure if you ask players like Patrick McEleney and Michael Duffy and people like that, they would say the same; they have won league after league; but the most special nights are the good victories in Europe.”

Higgins has been involved in many special European nights already as a player and coach, and he is hoping that his first foray onto this stage as manager will be just as memorable. 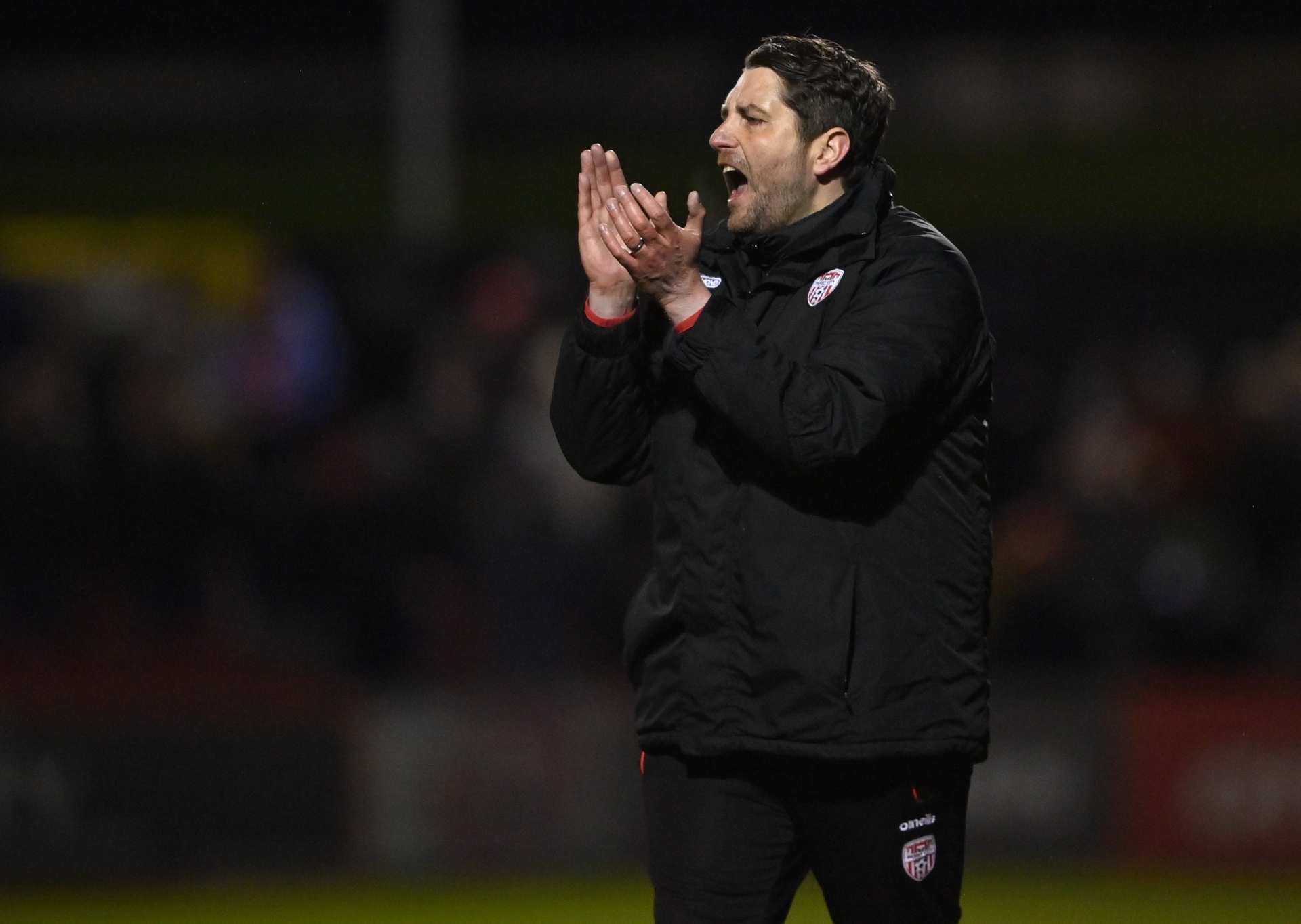 “It's a completely different dynamic being a manager,” he admitted. “You have a thousand and one things to take into consideration, whereas as a player you can just focus on your performance. It’s special, and there’s real pride I suppose in being the manager and taking Derry City into Europe. It’s a proud moment and it’s one we don’t want to let pass us by. We want to grab it with both hands and make sure we do the people of Derry proud.”

Higgins was part of the Derry City squad which defeated Skonto Riga in the Europa League back in 2009, but he knows that tonight’s opponents, only formed in 2014, will be a different challenge altogether.

“It's a different kettle of fish,” he agreed. “They have got a good record in Europe over the last four or five years and they have taken big clubs all the way; a couple of years ago they played Celtic who needed a 90th minute winner; last year for 60 out of the 180 minutes against Malmo they had 10 men and still nearly knocked them out. Malmo beat them 2-1 but they ran them extremely close with ten men for a third of the 180 minutes.

“They have had big wins as well over the last four or five years. They have experience, and they know how to go about their business, and they are streetwise.

"They would have more European experience than us, but we have a vibrant team and an energetic team and we want to stick to our principles and our beliefs and try and put in a big performance.

“We’ll need absolutely everybody in the ground and make this place as hostile and as difficult as possible and that’s what we’re asking for.

“I think we can get a huge result and it’s up to us all to believe it, and not let it pass it by, and try and grab it by the scruff and try to put in a memorable performance.”