Derry legends to lace up the boots for Mark Farren Cup 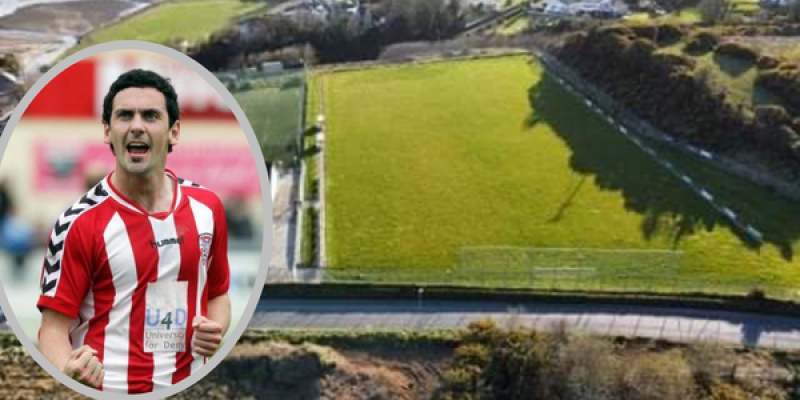 New Moville Celtic manager and Derry City legend Kevin Deery will be among the former stars on show at the Mark Farren Cup on Friday-week.

Farren passed away, aged 33, in 2016 after a brave battle with cancer and his memory is immortalised as the new stand at the Brandywell has been named after him.

On July 15, some former team-mates and other local legends will line out in his honour.

Deery, who has taken the reigns at Glencrow for the 2022/23 Inishowen League season, is expected to be joined by some other former Candystripes heroes on the night.

The likes of Paddy Breslin, Neil Gerard Duffy, Seamus Farren, Martin Neely, Donal Henry and Mickey Henry are others who will line out.

One of the teams is being managed by John Logue and Sean Fagan.

Councillor Martin Farren and Raymond Dougal have charge of the other.

“It will be a great family evening and there’ll be a bouncy castle and kids football for the children,” Moville Celtic’s John Canning said.

“Mark is a legend in football and his family miss him dearly every day. This is just a wee cup to honour his memory. There’ll be no-one still playing football who’ll feature, but the players will range in age from 40 to 65 or more.”