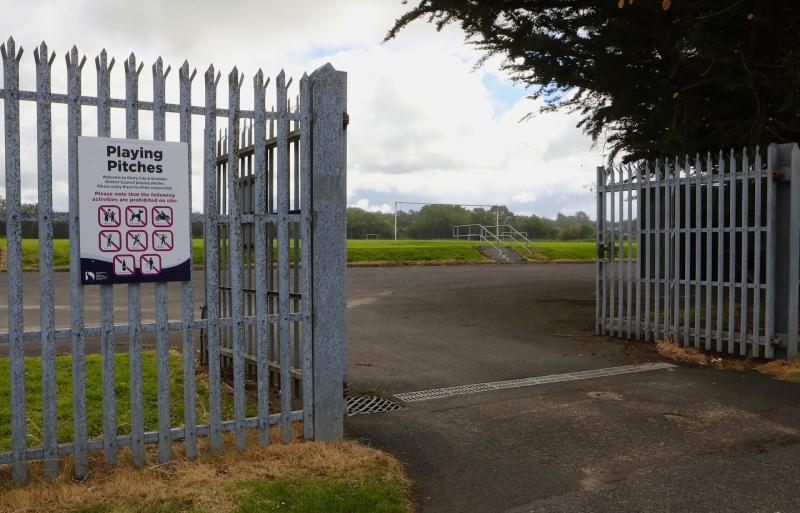 Clooney Park West has been identified as the ideal base for Institute FC’s new home. Pic by Tom Heaney, nwpresspics

Institute are hoping that they will need just THREE more seasons at the Ryan McBride Brandywell Stadium before returning home to the Waterside, with Clooney Park West seen as the ideal location for a new stadium.

It has been a traumatic time of late for the Drumahoe club, whose members watched on helplessly as the Riverside Stadium was demolished in a freak storm in August 2017. What was hoped would be a brief spell away at Wilton Park became permanent when insurance issues, and the discovery of the untreatable Japanese knotweed, combined to make it absolutely clear that ‘Stute could not return home.

There has bene some light at the end of the tunnel recently however as ‘Stute have received permission to deconstruct the long-abandoned Riverside and undertake remedial works at the Drumahoe ground in order to return the land to greenfield use.

The ball is now rolling with the end-game a new site in the Waterside within just a few years.

Chairman Bill Anderson admitted that the permission to deconstruct the Riverside was an unfortunate but necessary step.

“It’s part of a process and we knew it was coming and we were working towards it,” he said. “We really didn’t have any other choice once we were told we would never get flood insurance again and the Rivers Agency told us we would never be able to build flood defences. That meant that any money we put back into the ground, if the ground was flooded in the next five or ten years, we would have been finished as a club because we wouldn’t have had any insurance.

“In addition to that the YMCA, the landowners, have told us that they wouldn’t be keen on us moving back down without flood insurance. It was a very difficult decision and there were lots of people who were very emotional about it, but in order to protect the future of the club, we had to think about relocating, preferably somewhere that doesn’t have a river nearby. 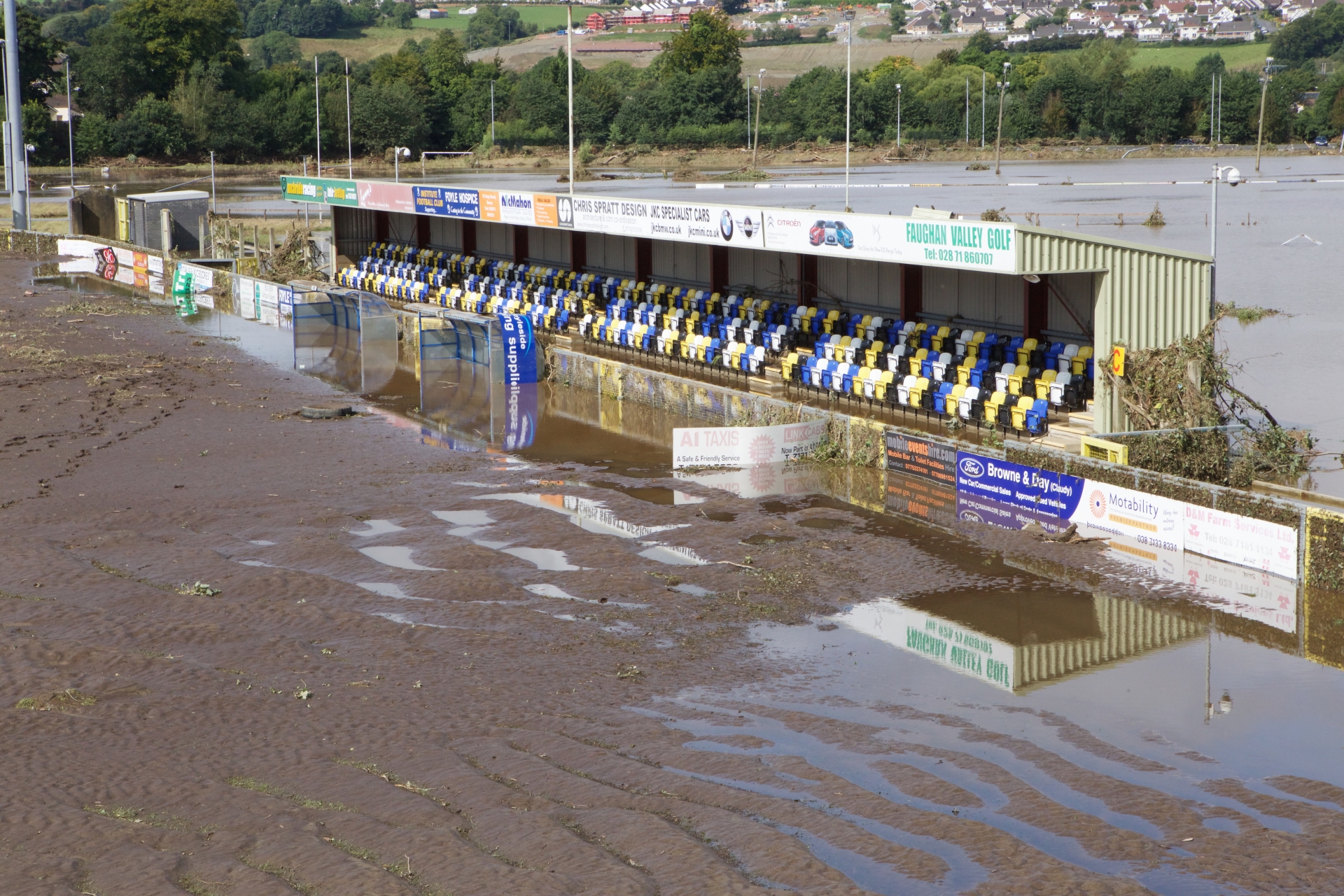 The Riverside Stadium was destroyed by floods in August 2017.

“That work has been ongoing in the background and we haven’t been able to say an awful lot about it because of legal restrictions. Now though we can look forward. The deconstruction of the Riverside won’t happen right away, we need to identify and be able to confirm a new location, because we want to take as much material as we can from the Riverside to try and keep the costs down in terms of building a new stadium.”

There have been a number of potential sites mooted as ‘Stute searched for a new base, but Clooney Park West has been identified as the ideal location going forward.

“I think it’s fairly common knowledge that Clooney Park West has been identified as the optimal site for us,” Bill continued. “Council had brought in an external consultant to look at potential locations. The Stadium at the bottom of St. Columb’s Park was one, but Council has other plans I believe for that. Prehen was another, but while the pitches are fine there, there are issues with what’s under the ground. Clooney Park West became our focus once the consultancy group identified that as the optimal site.

“The Council have taken some of that land for the development of the Clooney Park Greenway Project, a really good project linking up all different areas in the Waterside. The area we’re looking at has been designated by DSC for a community-owned sports club, and that ties in really well with what we’re trying to do. 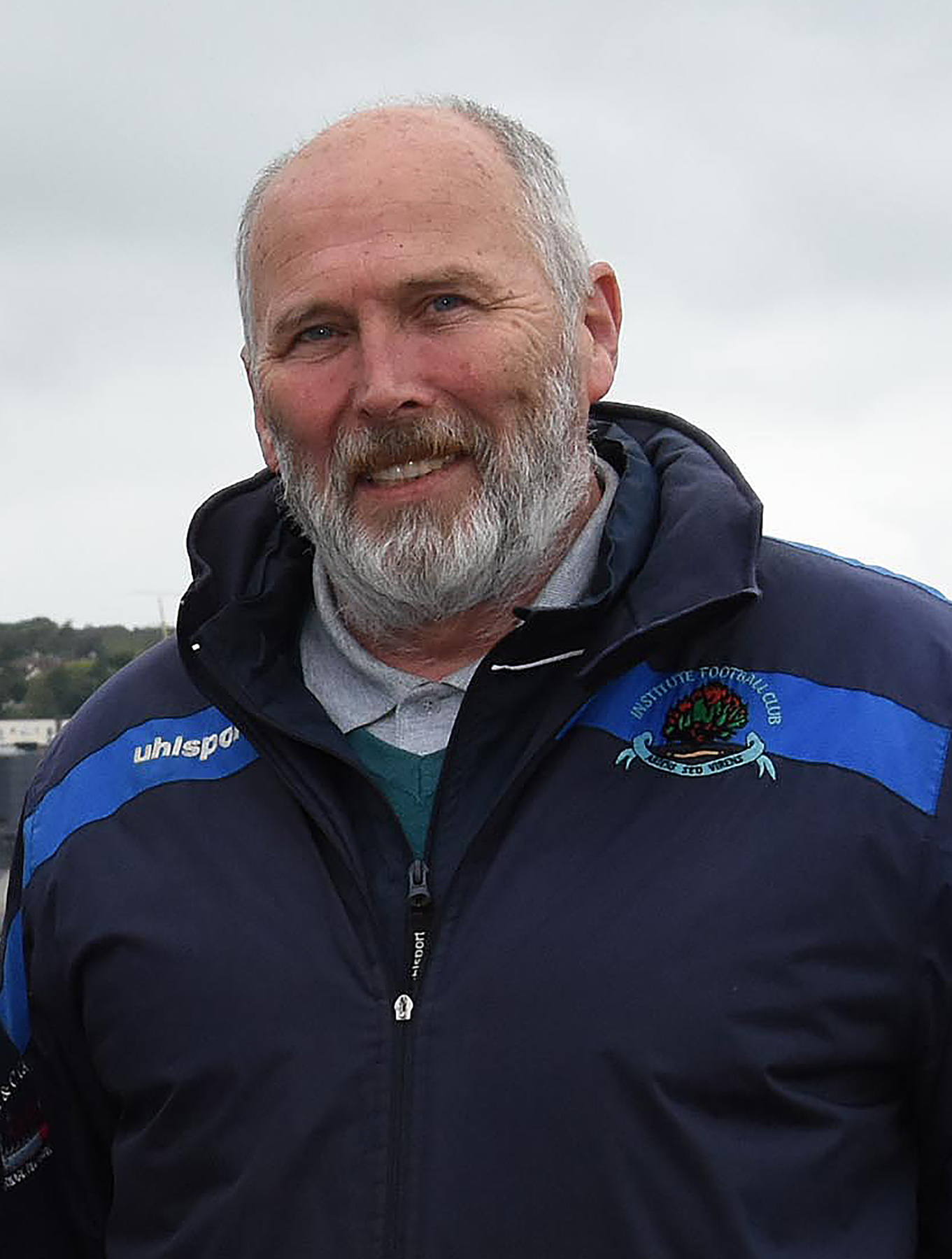 “DSC have to go through their process and they’ll be looking for people to put in expressions of interest for uses of that site and we’ll be doing that as soon as they open that, which we believe may be around September time. The DSC will then, as far as we know, be able to make a decision on who their preferred tenant would be probably around Christmas. We’ll be working away in the background, looking at potential planning permission for that site, and looking at identifying funding pots we can tap into.”

On the pitch, ‘Stute are still piecing things together again, following the loss of their home and a controversial covid-induced relegation from the Irish League Premier Division. Manager Brian Donaghy will lead his players into a new season in the Championship this autumn, with a timeline now in place for a return to the Waterside.

“If all goes according to plan and all goes the way we envisage, I would say we would need to have use of the Brandywell for this season coming and the following season, and hopefully then, three seasons from now, we will be talking about moving back to the Waterside,” Bill explained.

All in all, it has been a tragic time for those involved with Institute, with Bill himself still grieving the loss of the Riverside even as the future opens up new possibilities for a club that has been through it all in recent years.

“It's really, really sad,” he agreed. “I know people who have been involved with the club a lot longer than me and who remember the Drumahoe sight just as a pitch without any fencing. Over the years they worked really hard to build that up to a Premiership-standard ground. It’s not just our own supporters; there are lots of supporters from other clubs who email me every day saying they are really sorry to see the Riverside going because it was a great wee stadium and a great location. 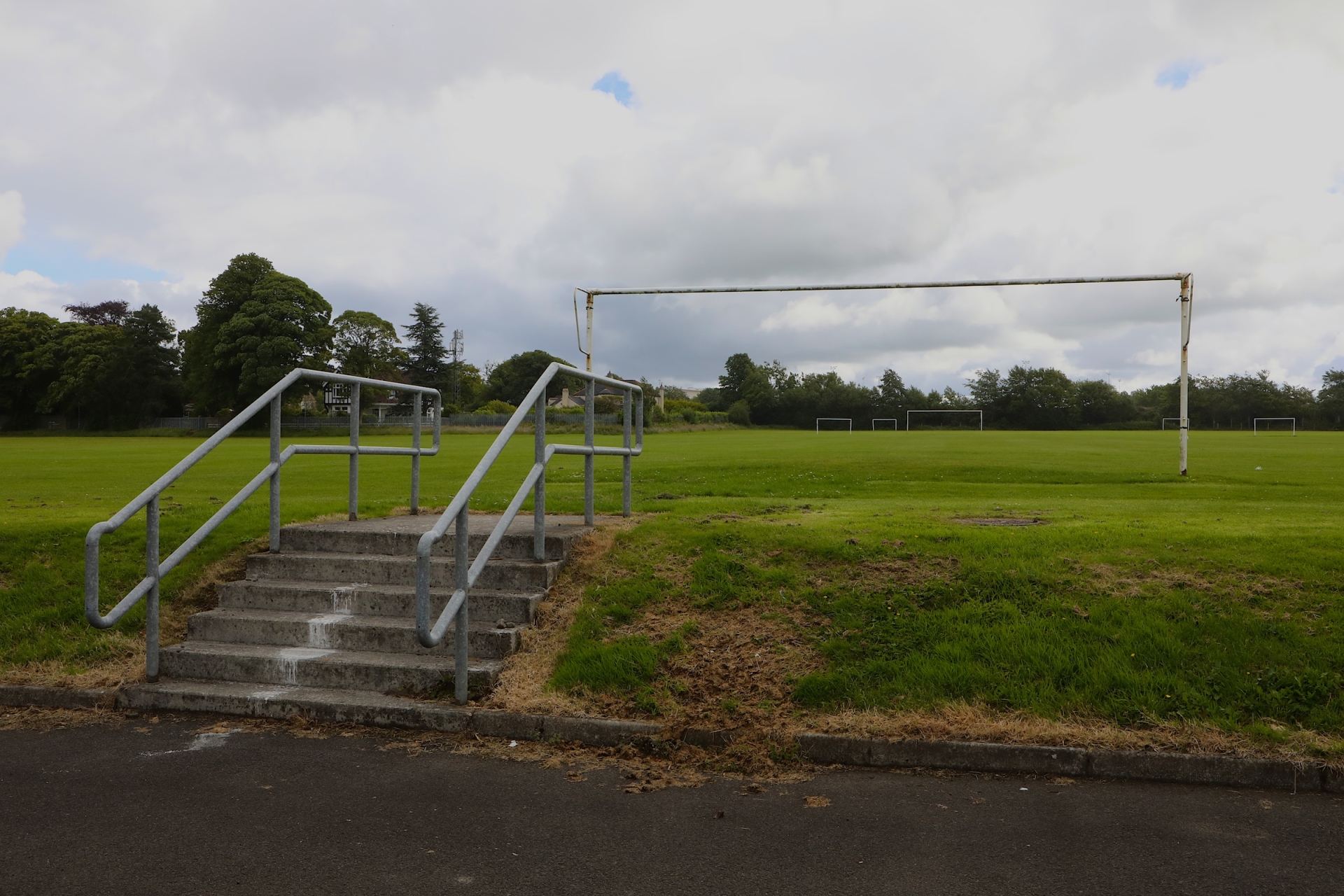 ‘Stute could be playing their football at Clooney Park West within the next few years.

“As you’re driving down out of the city past Altnagelvin, on a winter’s night you could see the lights lit up and it was great. I miss that. Every day I pass it I can a little bit upset about it, but I know it’s right for the club. I know it’s important for the club that we move on, and the Clooney Park West site would be such a great site because it would be right in the heart of the community.

“Everybody between the two bridges and Altnagelvin could walk into the ground I 0 minutes. Our supporters from the cityside could walk over the Peace Bridge and up Browning Drive and they would be right at the ground. The transport hub over at the Railway station would mean that travelling supporters would have a 10-minute walk to the ground from the train, so it’s ideal, it’s just ideal.”