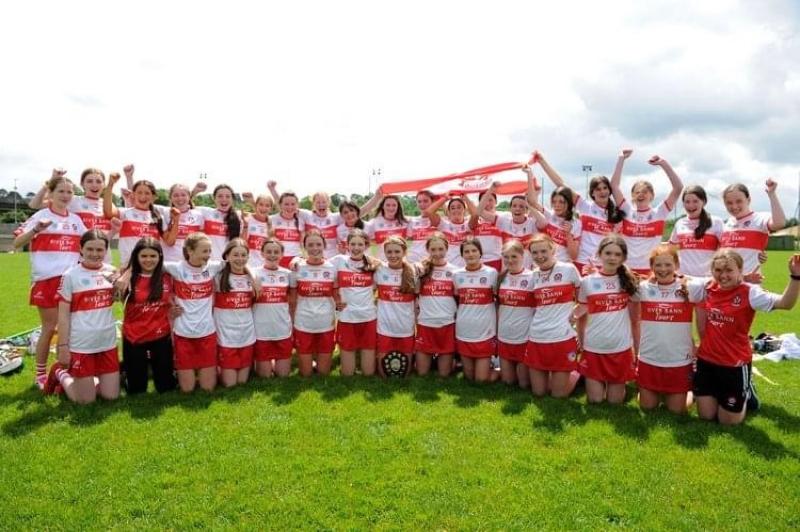 Girls from across the county played their part as Derry won the 'A' category in the Ulster Under-14 Camogie Championship Blitz for a second year in a row.

The group consisted of Derry, Antrim, Armagh and Down with top two teams competing in the final.

Derry’s first match was against Antrim with the Saffrons starting off with a goal from early on. 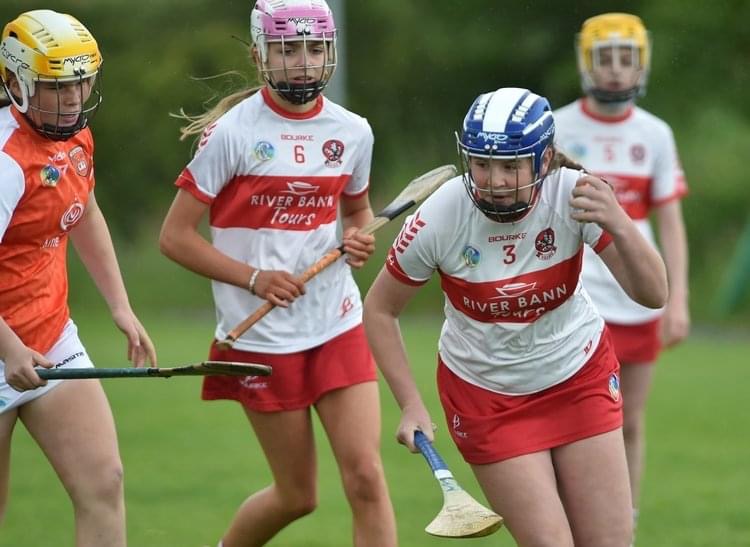 Derry quickly regained their composure with the Swatragh duo Eimhear Conway and captain, Ellie McCartney clearing up a lot of loose ball in the backs. Aoife McWilliams and Brannagh Brolly were on hand to put the points on the board to get the first win of the day. Derry 2-2 Antrim 1-0.

Next up, Armagh – the home side pressurized Derry well from the offset but with Aoife Rocks, and Faye McGuckin both superb in the backline Armagh struggled to capitalize on their hard work. Emily McGuckin grabbed a well taken goal and Emma Quinn was extremely accurate from frees. Derry 1-5 Armagh 0-0.

The last group game saw the Oakleafers face off again Down, in a low scoring encounter. Derry ran out winners by a single point curtesy of a goal from Niamh McGuigan, McGuigan and her midfield partner Hannah Drinnan covered every inch of grass throughout the game. Gracie Mae Bradley was impressive in attack and Aine Young was a powerhouse in defence.

After Derry had three wins from three, they lined another clash with Antrim in the final, and it was Derry who got off to the best start this time around.

Mary Therese McCullagh was brilliant in the middle of the park, laying a number of great passes to Bellaghy danger woman Hannah Downey in full forward. Emma Quinn at center half forward was phenomenal all day for the red and white, with Aoife McAteer pulling off some great saves between the posts.

Antrim tried to pull the game back, but Caitlin McNally and Anna McFaul stood strong in the back line. Derry 2-3 Antrim 1-0.  Ellie McCartney lifted the cup and it was great day for Camogie all round. 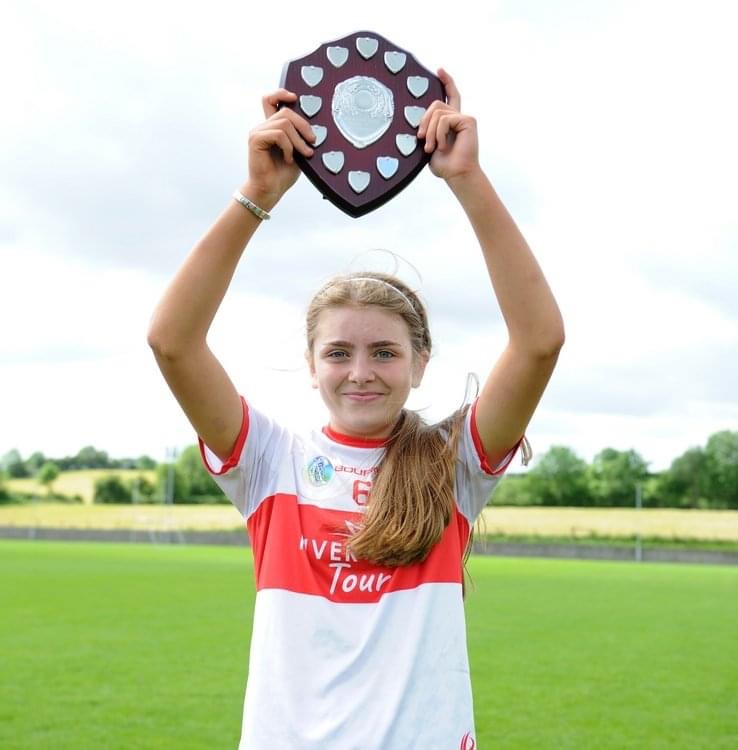 Thanks to the Elk management and staff for a lovely meal to finish of a great day for Derry camogie. Also thanks to our main sponsor River Bann tours for their continued support.

The U14 team is made up of 12 clubs in Derry this year including Ballinderry, Bellaghy, Castledawson, Dungiven, Eoghan Rua, Glen, Greenlough, Lavey, Loup, Na Magha, Swatragh, Slaughtneil. All the girls were top class all day with a real team performance.

The team now look forward to a number of All Ireland Blitzes in a few weeks time.