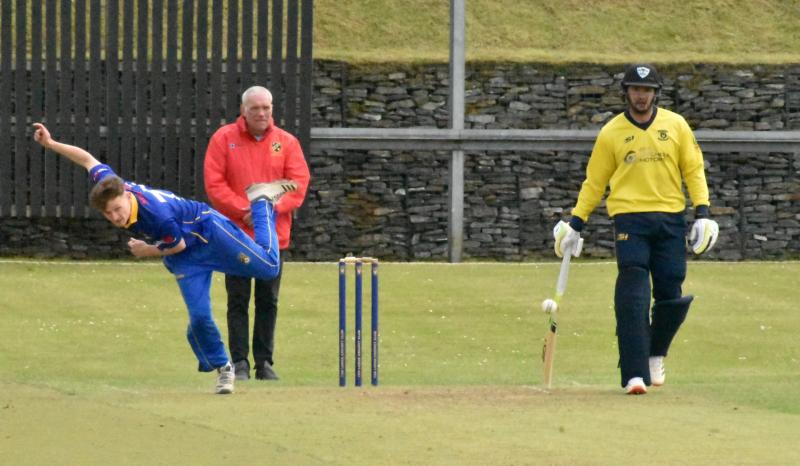 It’s the first time ever that the Foxies have beaten their fellow Tyrone side in this competition and earned Aaron Heywood’s team their first last four tie since 2017, and just the second in their history.

And with more than a hint of irony it turns out that the man whose innings confirmed this huge victory - Marco Marais - was playing his last game for the club, for this season at least.

The popular South African is heading home next week for treatment on a back and hip flexor injury that was clearly hampering him throughout the game.

And while it may have slowed him down it certainly didn’t stop him- Marais with an exhibition of the cleanest hitting you could wish to see as the hosts chased down Donemana’s score of 259- but just about!

There was little sign of what was to come as Irish International William McClintock treated the sizeable crowd to some attacking cricket of his own early on.

Dean Mehaffey made 46 at the top of the order and Gary McClintock added 34 while Gareth Heywood (2-32) and Jason Milligan (2-60) were the most successful of the bowlers.

Fox Lodge lost Travis Nicholl early in their reply before a 158-run stand between Marais and Milligan turned the contest on its head. 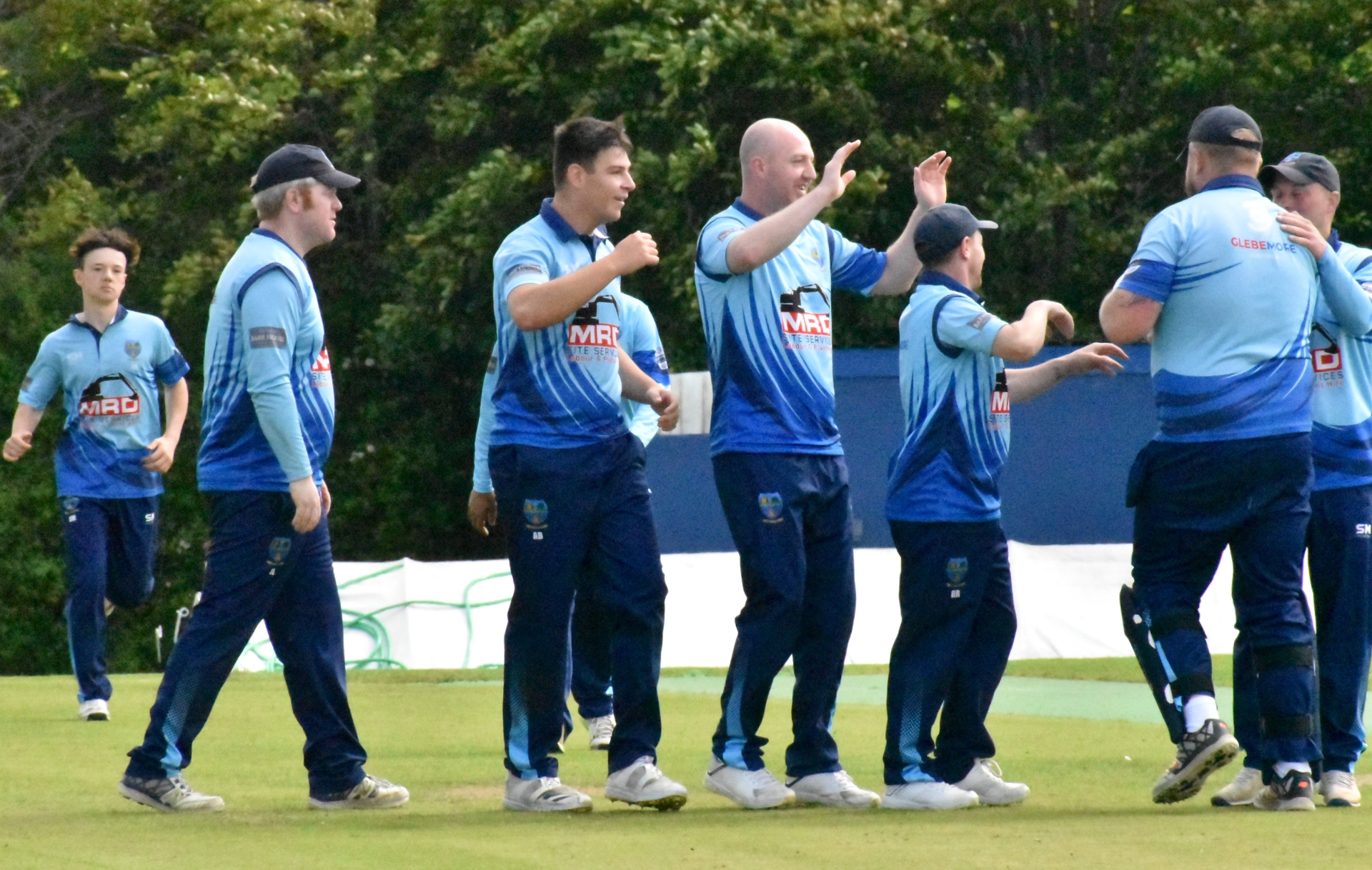 The South African was clearly the aggressor, however ‘Jasy’s’ 58 (five fours and a six) was a superb effort in the circumstances.

Marais’ dismissal gave Donemana hope as the batting side fell into a bit of a hole - going from 235-3 to 255-8, with the bowlers sensing blood.

The damage had been done however and while skipper Heywood and Adam Walker held their nerve late on, this was Marco’s win.

Just across the fields in Burndennett, Bready were booking their place in Monday afternoon’s draw as they had a whopping 260 runs to spare over their hosts.

Marcello Piedt (3-48), Mark Snodgrass (3-55) and Eddie McGettigan (2-71) accounted for most of the wickets, but ‘Dennett had little to offer in reply.

In fact none of the home batsmen made it to double figures with 17 extras topping the contributions to their total of 49 all out.
Scott Macbeth completed a good day for himself as he picked up 4-4 while Conor Olphert chipped in with 3-14 in a bit of a rout.

With Newbuildings already in the hat courtesy of their recent win over Ballyspallen, the last four standing was completed by Eglinton who posted an equally emphatic win over St Johnston.

Mike Erlank, who only arrived in the village in the last few days, needed little time to warm up, his 5-18 from 10 overs and 3-7 from Lee Ritchie ensuring the Saints didn’t get too far away.

Erlank then swapped ball for bat and made an unbeaten 79 (10 fours, 1 six), sharing in an unbroken second wicket stand of 147 with Tommy Orr who made 68 not out. 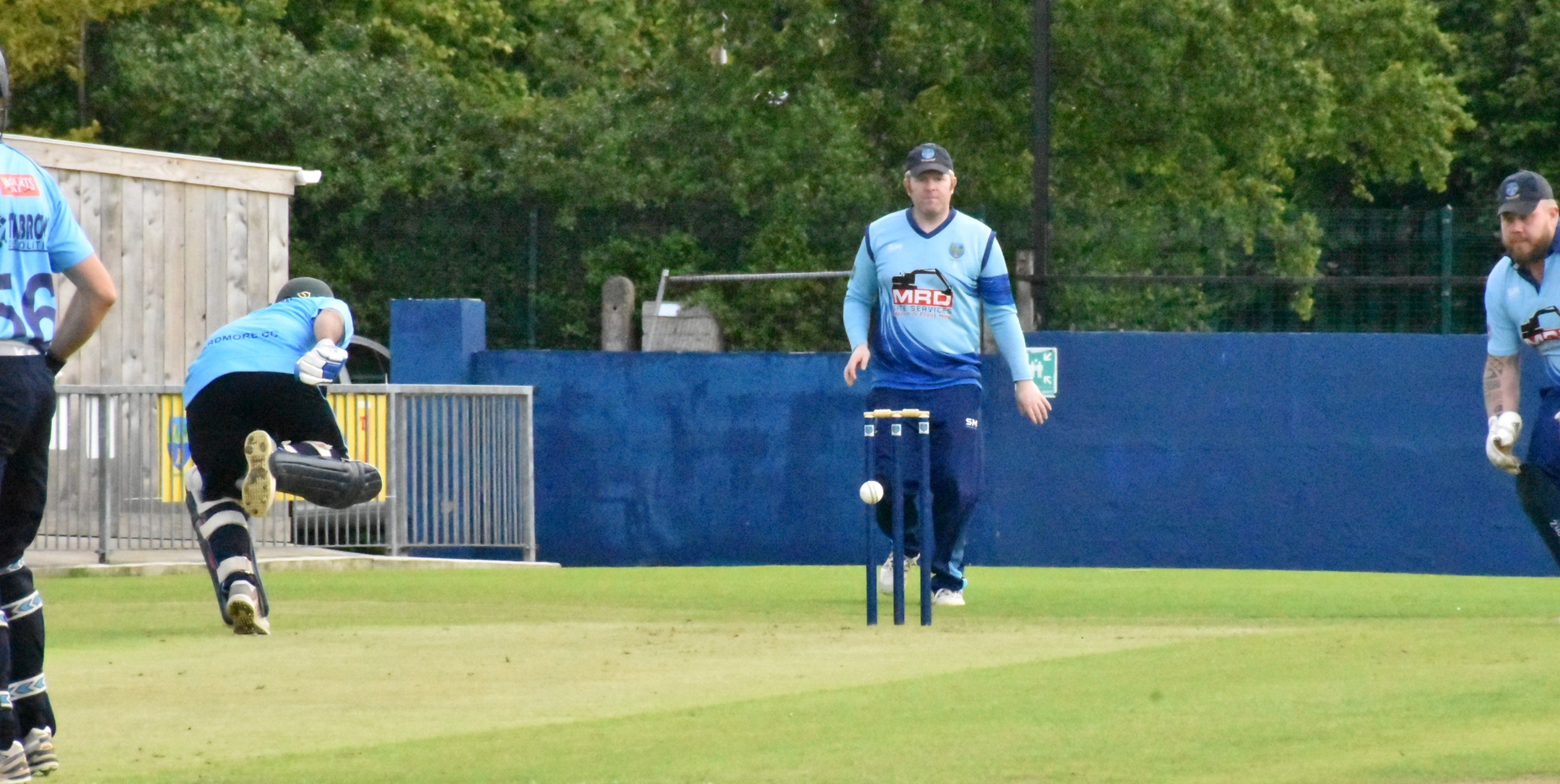 It was a facile win for the villagers who had been improving of late anyway, but who look a different proposition entirely with their South African now finally landed.

In the Sam Jeffrey Shield, Strabane were already guaranteed a place in the last four and they were joined on Saturday afternoon by Brigade, Coleraine and Glendermott.

Game of the day was at the Rectory where an under-strength home side caused something of a surprise by edging out Ardmore in another cracking tie.

Mark Chambers top scored with 48 while Tim Harris and Tyron Koen both added 31 and Rachit Gaur 29 in the visitors’ competitive total of 212.

Jason Lynch (4-41) and Trevor McDermott (2-31) helped keep the Rectory side in the hunt, while former skipper Alan Johnson anchored the reply as he made an attacking 75 (seven fours, five sixes).

Jason chipped in 32 runs alongside his four wickets but it needed an impressive 31 not out (three fours, four sixes) from Tyler Lynch and eight not out from Alex Boyd - those two the last pair - to put Glendermott through by the narrowest of margins.

Coleraine had slightly more to spare as they went to Killyclooney and won by four wickets. 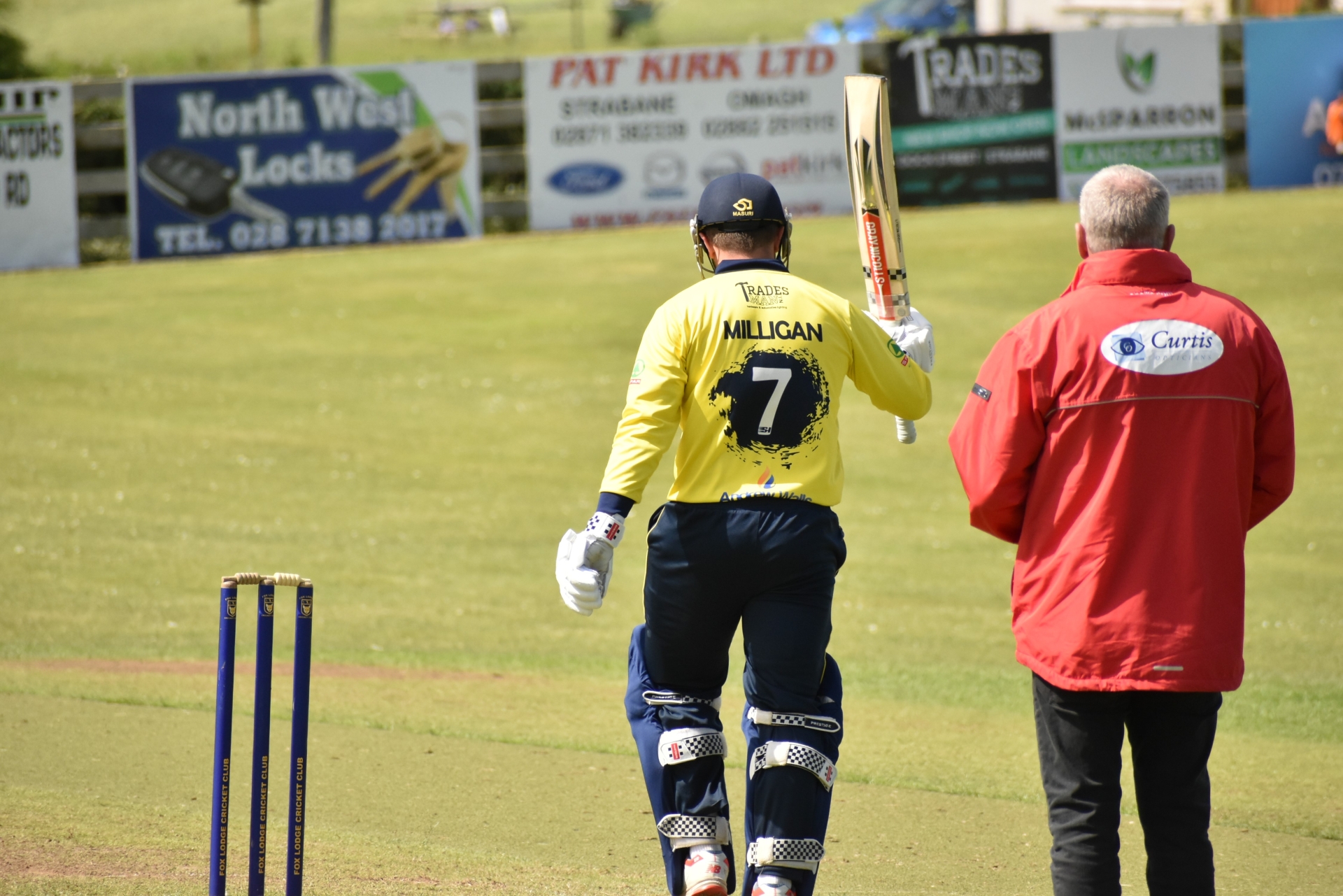 The runs were shared out among the Bannsiders’ order too- Varun Chopra leading the way with 39 not out while Peter Wallace made 35, and Matthew Hutchinson 31 as they got over the line with a bit in hand.

There were no issues at all for Brigade as an Adam McDaid century helped them to a 7-wicket win at Bonds Glen. McDaid hit 13 fours and five sixes in his unbeaten 103 with Graeme McCarter adding 27 not out and Iftikhar Hussain 24 as the Beechgrove men chased down 214.

David Cooke also posted a century in his side’s innings - 18 fours and two sixes in his excellent 109 not out for the Bee Gees, who played well, without ever really threatening an upset.

Games to be played Sunday 10 July.

Dates to be confirmed.