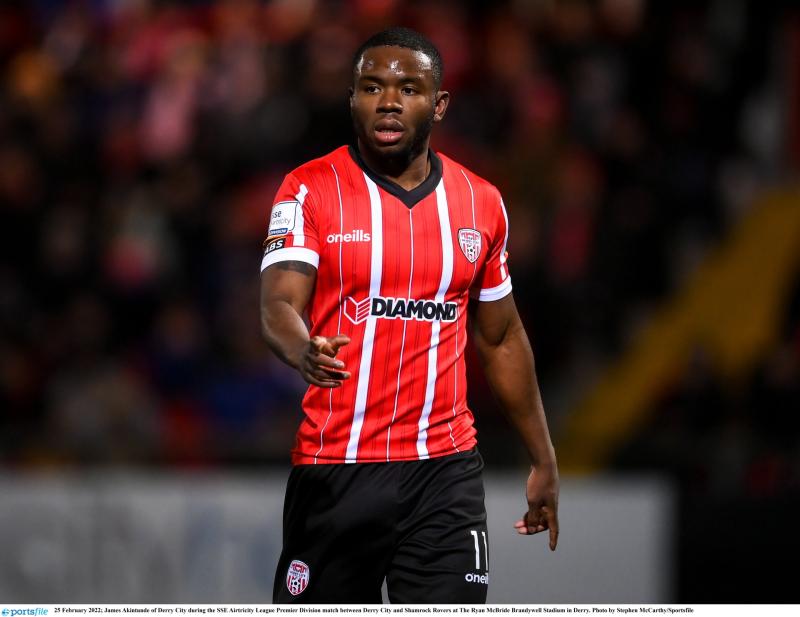 The striker pounced midway through the second half to earn a win for Ruaidhri Higgins’ side ahead of their return to competitive action against Drogheda United next Friday.

Midfielder Gerard Storey started for Cliftonville just days after making a permanent move from the Brandywell and he watched on as Matty Smith gave Derry City the lead on 24 minutes. Goalkeeper Breen couldn’t hold on to a free kick from distance and Smith was there to fire home the rebound.

Akintunde struck early in the second half to restore Derry’s lead, and although there were chances at both ends as the game progressed, there were no further goals.