City's talisman signs until the end of the 2024 season 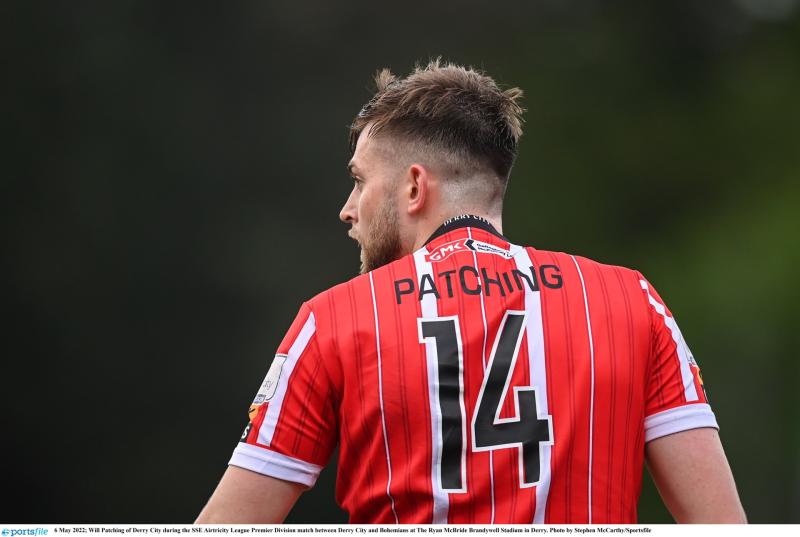 Will Patching has committed his future to Derry City

Derry City midfielder Will Patching has agreed a new contract which will keep him at the Brandywell until at least the end of the 2024 season.

With 14 goals and 11 assists in just 35 appearances for the Candystripes, the 23-year-old has had a massive impact in his short time at the club and is unsurprisingly a huge fans' favourite already.

Patching has eight goals and five assists in 19 appearances this season, putting him in second place in the list of the league’s top scorers just behind his team-mate Jamie McGonigle.

Manager Ruaidhri Higgins has made no secret of how highly he rates the former Manchester City youth player and said he was delighted that Will was keen to stay.

“He’s been a revelation in his time with us, both on loan and as a permanent player” he began. “We had a conversation a few weeks ago and it was clear to me that he wanted to stay here and be part of what we’re trying to build. He’s an absolute pleasure to work with and you have to remember he is only 23 years old.”
“I think he’s been nominated for Player of the Month in three of the four times since the season started, and I’m absolutely convinced he’s only going to get better as a player. This is a great piece of business for Derry City.”

The player himself was equally delighted to extend his contract and said he never gave it a second thought.

“I got a taste of it when I came on loan and coming back was a very easy decision for me. It’s a brilliant club with amazing staff and it’s a fantastic city to be a part of. The supporters have really taken to me and this is the most I’ve enjoyed my football in a long time.”

"Ruaidhri is building something very special here and I want to be part of it. I’m really looking forward to seeing what the next few years bring.”