League title and League Cup for unbeaten City, but potential for more 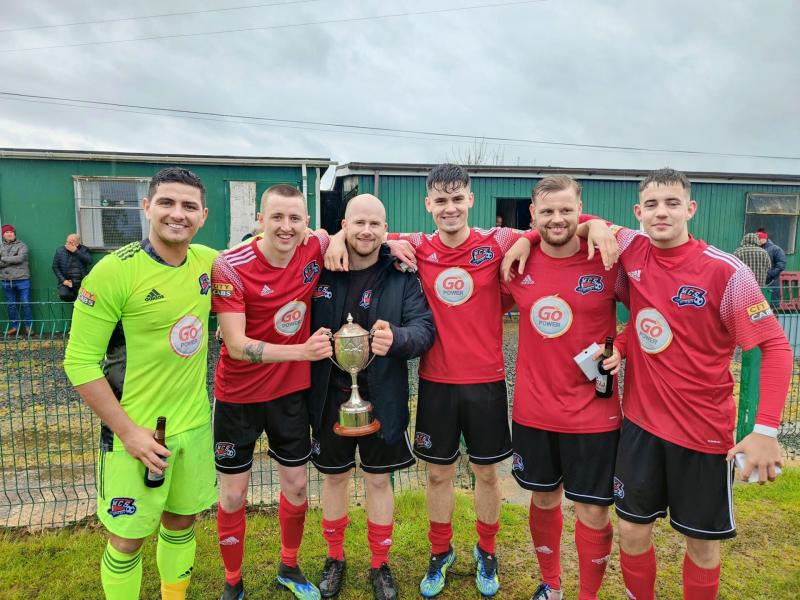 Maiden City face Bonagee in the Cross Border Cup final tomorrow hoping to add to their first Intermediate League title which they have just won after an unbeaten season in the NIIL. (7pm, Newbuildings)

In fact, the Derry side could well end this season with four trophies as they have already won the League Cup, and with the Cross Border Cup and a Challenge Cup semi-final against Newbuildings to come next week, this could yet prove to be one of the most spectacular seasons in the club’s history.

Maiden City secured the league title by defeating Strabane Athletic 2-1 at the Brandywell last week with a late winner from Johnny Robb sealing the win and the championship. It was an incredible feeling for manager Colm Cassidy and his young group of players.

“It’s something that we talked about at the start of the year,” he said. “The squad that we have, they’re very, very young so it’s a great achievement from them. We did think maybe it would be too soon for them but they’ve come through it and they have put the work in and they are just a pleasure to work with to be quite honest with you.

“Our first five league games were away from home and we won four and drew one and we had momentum after that. Using the Brandywell this year was also a massive help to us. It was a big pitch for young legs and the boys embraced it. We had some pre-season friendlies on it and we were decent. It does help us; you know yourself that the Brandywell is a big pitch but it’s also a good pitch with good surroundings and it feels like a match day when you’re there.  There’s that professionalism about, and we embraced it.”

It is very much a collaborative effort at Maiden City as Cassidy points out; Stephen Parkhouse, ‘Enda’ Browne, John Cunningham and Paul Kee all chip in with training, to develop a team that’s average age is below 20. Barring the likes of Ray Kelly, Lee Cullen, Johnny Robb and Caolan McDermott, there are some very young players raising their games massively this year.

“They are getting trained like a Premiership club and we are getting 20 odds at training every week. They are a credit to the club,” Cassidy maintains. “On Saturday after we had won the league, we got the boys together, myself Keesy and Buggsy, and straight away their feet were put firmly back on the ground. We told them not to be getting carried away with themselves because the performance in the second half against Strabane wasn’t great, we know it has to be better. Some people maybe played with a bit of nervousness because they are young and they had never been in that situation before. That’s what we spoke about, because if we take that second half into Bonagee, they will run over the top of us.

“We did let the boys enjoy the win, but we were focused again straight away and we were back in training quickly, working towards Friday night.” 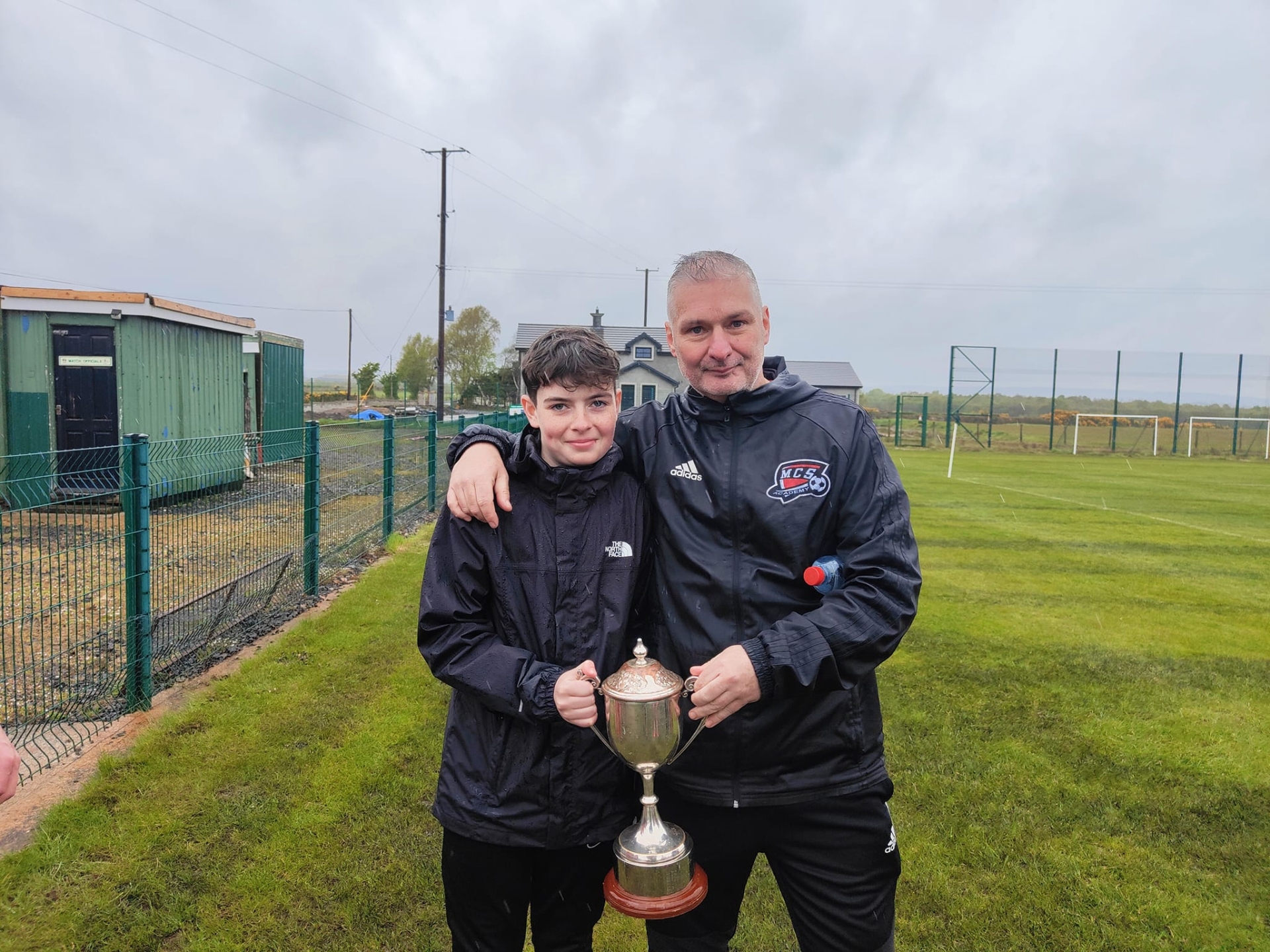 Maiden City have stood up to all sorts of challenges this season, and they are two trophies into a possible quadruple as a result. Unbeaten in the League Cup, they topped the group before beating Newbuildings 5-0 in the final just two weeks ago. Then followed the title win; next up is Bonagee before another semi-final with Newbuildings next week. The big games just keep on coming.

“They have got a taste of it now,” Cassidy continues. “People are saying that we are underdogs against Bonagee because they are a much more experienced team with ex Finn Harps players and players who are coming down and getting ‘x’ amount of pounds to play for them.

“Our boys won’t be worried about that. Nothing fazes them, they just get on with it, and they’ll enjoy it and embrace it. The players are an absolute credit to the club. There’s a great energy about them and a great synergy. They are great pals now so there’s that connection.

“If you had said to me at the start of the year that we would win the League and the League Cup, and be in another final and a semi-final, possibly winning four trophies, I would have laughed at you, but I also would have but the hand off you, but the reality is now we have a chance of doing it.”

The ambition at the club has been clear to see for a number of years now, with these latest successes huge steps forward for a club that wants to be the next senior club in Derry.

“I don’t see why Maiden City can’t be the next senior club in Derry; there’s room for another one,” Cassidy insists.

“We have plans to move on and we do have plans to get our own ground. This was Paul Kee’s vision from a long time ago; he wanted a pathway for our young players coming through, not just to the first team. All of our teams are doing well; our Saturday Morning team beat Clifton Villa to win the Blue Riband Cup. The average age of that team was 18, so we have a lot of good players coming though and it’s just now getting them ready for the first team and getting them ready for adult football. We are ambitious.”