Veteran defender won every trophy in League of Ireland 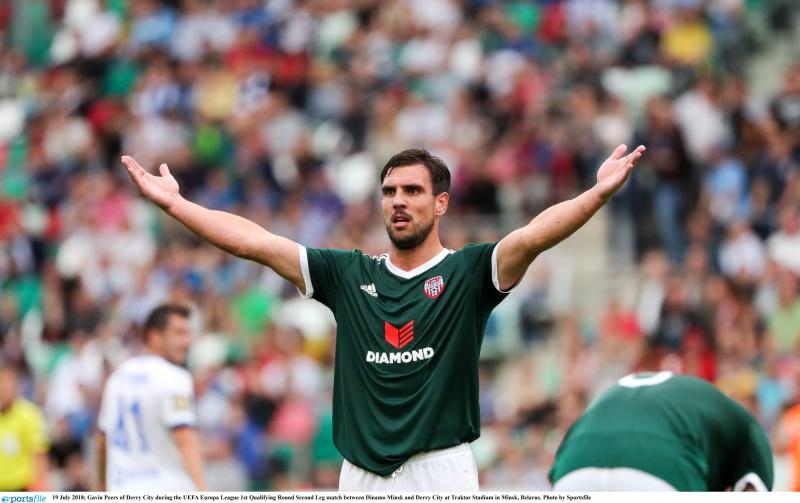 Signed by Kenny Shiels ahead of the 2018 season, Peers made his debut in a 2-0 away win at Sligo Rovers before going on to make 23 appearances in all for the Candystripes.

Peers was part of the team which defeated Dinamo Minsk in Belarus in the Europa League and played in City’s record win in League of Ireland, the 12-2 win over Blarney in the FAI Cup.

Peers was a league title winner with Sligo Rovers in 2012 and also won three FAI Cups with the club in 2010, 2011 and 2013. He spent 11 seasons at the Showgrounds and also won the League Cup in 2010 and the Setanta Cup in 2014. Peers also won the Irish Cup with Glentoran in 2020 and closed out his career at Warrenpoint Town. He is now taking up a coaching role with the Republic of Ireland Under-15s.

Peers said: “All good things must come to an end. After 20 years of playing, I am hanging up the boots. A big thanks to all the managers and players I’ve played for and alongside. I’ve been lucky enough to have won every trophy in the League of Ireland and the Irish Cup in Northern Ireland.

"I have made friends for life along the way and had many great experiences. I couldn’t have done it all without the support of my wife and family around me and they deserve so much thanks.

"It’s time to concentrate on coaching now and help the younger generation. One door closes and another door opens, I am really looking forward to the future with the FAI and working with the Irish Under 15 team. Trust me, I have the same hunger and desire for coaching as I did for playing. Thanks to everyone who encouraged me along the way. We will meet again.”