'Reds' not giving up as they head to Glentoran 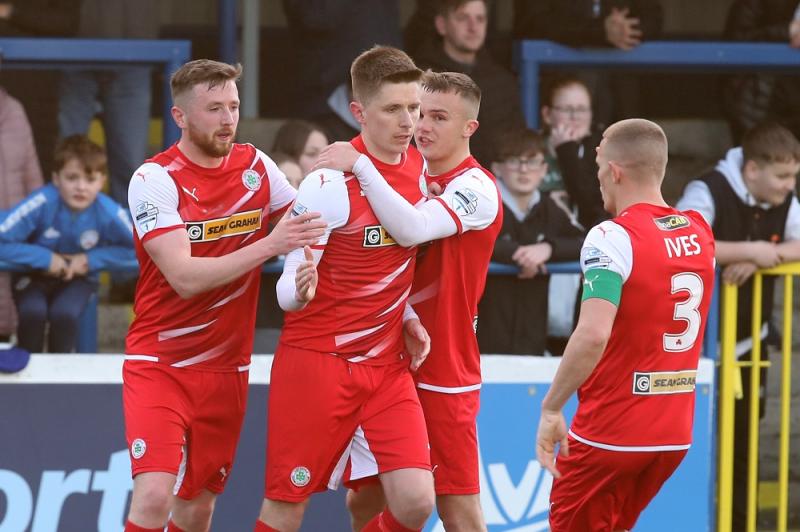 Ryan Curran has scored 23 goals for Cliftonville this season.

Ryan Curran is hoping that Coleraine can do Cliftonville a huge favour as the Irish league title race heads to a dramatic last-day finale this weekend.

With just one point separating leaders Linfield and Paddy McLaughlin’s Reds, the championship can still go either way as David Healy takes his side to Coleraine and Cliftonville travel to Glentoran.

It has been an incredibly tense few weeks in the title race with both teams at the top dropping points again and again with neither able to take advantage.

But ahead of the final day of a memorable campaign, Curran, who has 23 goals for the season, is trying to keep his feet on the ground.

“It’s probably excitement which is the main emotion,” he said. “It would be a lot different if we were in Linfield’s shoes, maybe we would be a bit more nervous but we have nothing to lose going into Saturday.

“We have probably had a few opportunities to jump Linfield at this stage while Linfield have had chances to pull away from us. It is what it is; we can’t look back at certain games and think of ifs, buts and maybes. We have to win the game and then hope our results go our way elsewhere.”

Last Saturday it seemed that Cliftonville’s race was finally run as they fell 3-1 down at Crusaders. Two goals from Curran saw them battle back to parity but a winning goal, which would have taken them above Linfield, who had drawn with Larne, eluded them.

“Someone said on the pitch at the time to make sure we didn’t go down without a fight and we managed to get it back it back to 3-3,” he recalled. “Getting it to 4-3 wasn’t to be, but it was a big turnaround and it’s testament to the lads and what we have achieved this year in terms of that spirit we have in the group. There’s been a number of games where we have been behind and won them, which hasn’t always been the case in the last couple of years, so I think that shows the real spirit within the group.”

“It’s not in our hands. There is an overarching sense of pride with the full year and what we have achieved, but when you have come so far and worked so hard for 37 games, it would be a real reward at the end of the season if we did win the league.” 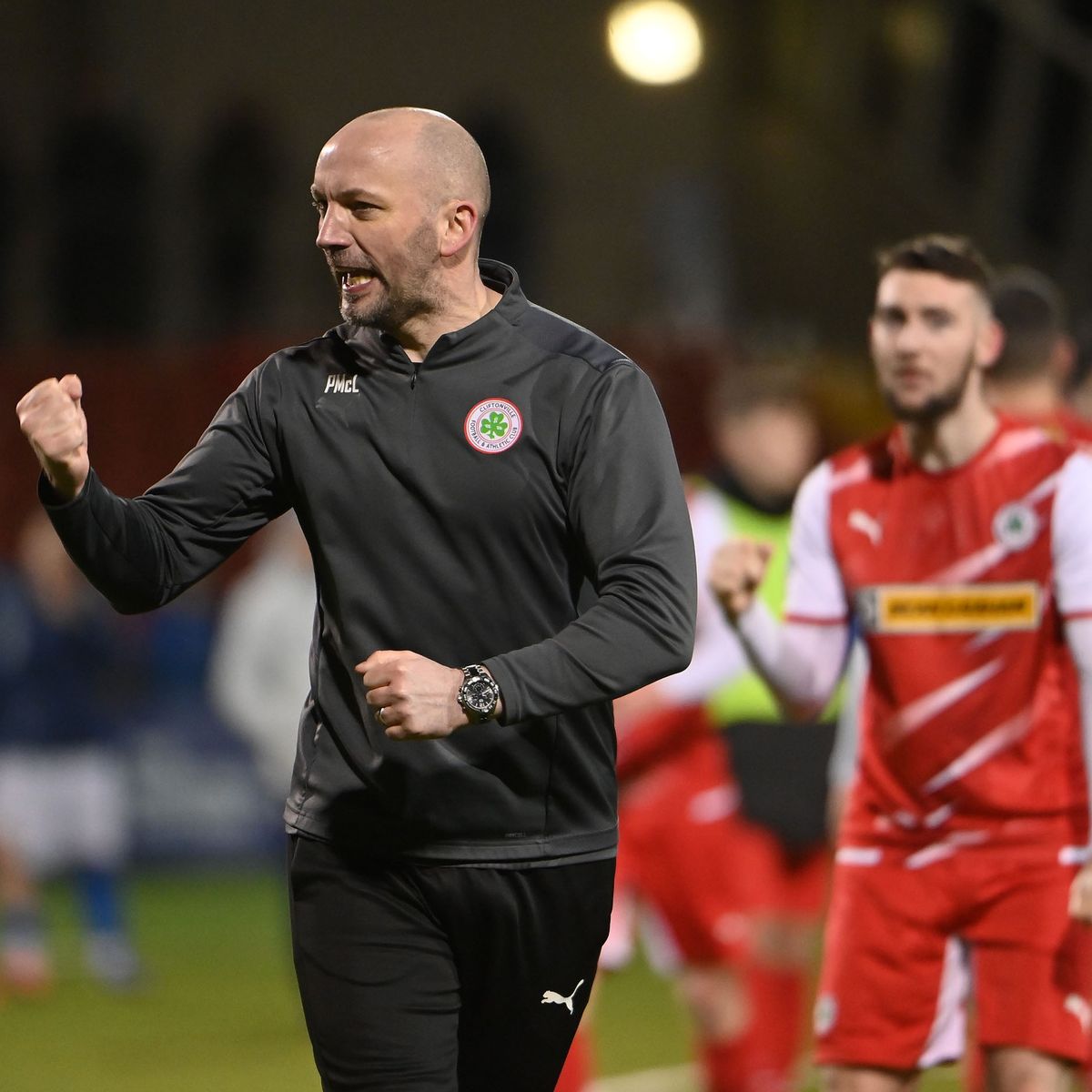 Whatever happens at the Coleraine Showgrounds, Cliftonville have their own job to do at the Oval, against a Glentoran side who were in the title race themselves until they fell away late on.

“There are no easy games and we’ve seen that,” Curran agreed. “It’s never easy. It’s unpredictable because in the split you are playing the top six in a full round of games. You are playing top quality teams, and I think everyone has taken points off each other over the course of the season. Our game on its own is a tough game.

“Glentoran are a really good side who have given us plenty of tough games this year. We have a good enough record against them and our away record has been very good this year as opposed to previous years. It will be a difficult game but Linfield’s will be equally as difficult, so it’s just about making the most of the opportunity we have.”

There will be a keen Derry interest in the outcome of Saturday’s games, not just because of a number of former Candystripes, but because of Reds boss Paddy McLaughlin, who has excelled in his short time as manager at Solitude.

“Paddy and the rest of the staff have been excellent,” Curran acknowledged. “I think all the lads know the value of Paddy and his backroom team. He came up two or three years ago and hit the ground running. He has been brilliant.

“There was lots of talk of him leaving last year but it’s a testament to him how well he has done. He stayed and all the lads were delighted when he stayed because there has been a good bond built up with him. He’s obviously signed very well also because we have progressed every year and his signings have been excellent and you can see that in the results. Massive credit must go to Paddy and I would say he’d say the same about the players. It has been a massive group effort but there’s still one last game to go and I think if anyone asked him if he would accept second place, he would definitely tell you no.”