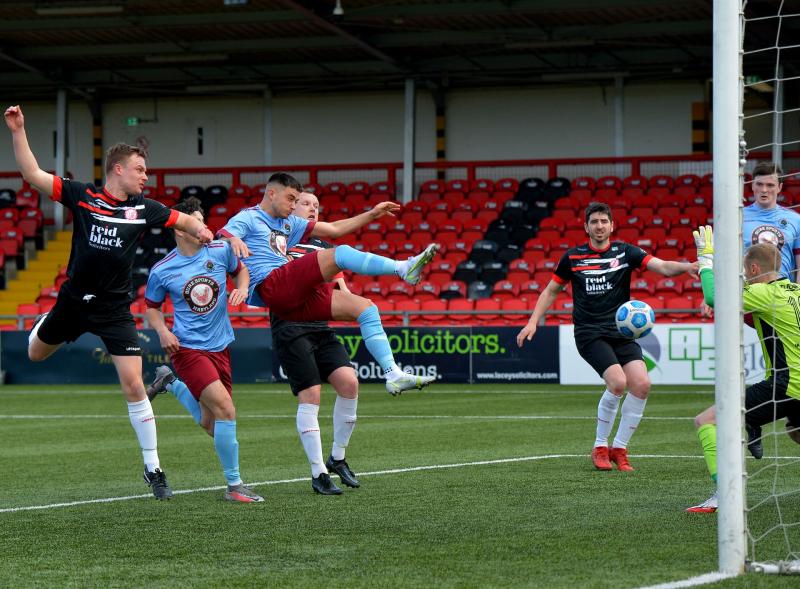 'Stute's talisman struck in the last minute of the game to win the game for his team to take Brian Donaghey's side six points clear of the bottom two, vital breathing space at a crucial time of the season.

With Queen's also winning, and pushing Knockbreda to the bottom spot in the Lough 41 Championship, 'Stute's timing could not have been better. Since losing to Dergview and Queen's last month, Donaghey has seen a brilliant response from his players who have really stood up to be counted and who again deserved the win.

The home side started on the front foot and were inches away from taking a fifth minute lead as Jamie Dunne's superb curling effort, from McLaughlin's short corner, flashed just past Richard Purcell's right hand post.

'Stute deservedly took the lead on 12 minutes as another left wing Shaun Doherty caused problems to Comrades and the alert Mark McFadden fired home from close range for his third goal in two games.

It wasn't all one-way traffic however as Comrades missed a great chance to level as Caiolan Brennan saw his close range shot saved by the diving John Connolly and Andrew Mooney blasted over the rebound. 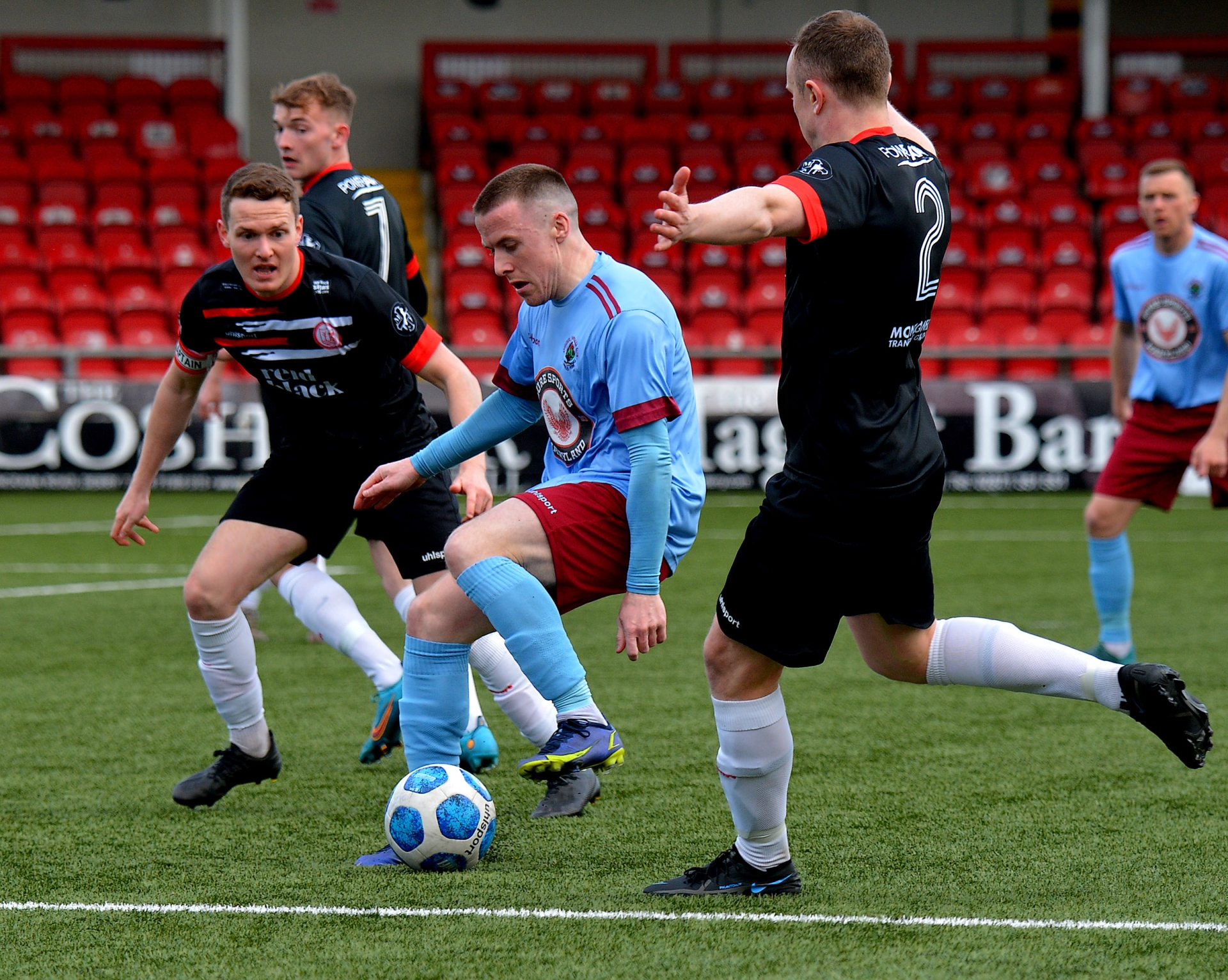 The in-form McFadden went close to scoring a second on 20 minutes but his well hit shot was kept out by Purcell, the keeper diving low to parry the strike around his left hand post.

Ballyclare missed a glorious chance to level things on 24 minutes as Brennan was brought down inside the box by Doherty, but Ian Fletcher's penalty was saved by Connolly, who dived to his right to keep the effort out.

'Stute with Gary Brown in particular had chances to double their lead before the break and those missed opportunities came back to haunt them as Comrades levelled early in the second half.

Just three minutes after the restart a poor back pass gifted Mooney possession and the striker showed good composure to level things, as he made no mistake giving Connolly no chance.

'Stute tried to respond and just after the hour mark some neat passing ended with Brown getting a chance, but he failed to test Purcell and fired over.

Soon after Doherty's corner found Rhys McDermott but the centre-back's header was kept out by Purcell as another chance came and went.

Institute to their credit continued to push forward in search of a winner and they got their just rewards just minutes from time when McLaughlin scored yet another vital goal for his team.