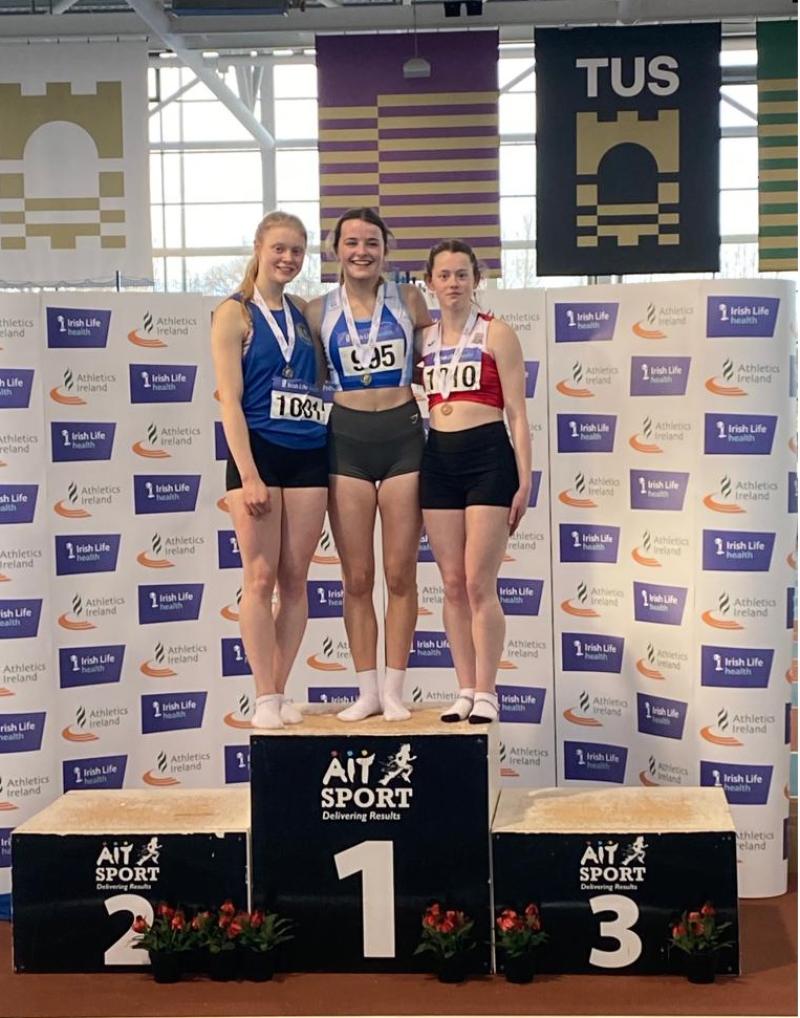 Sophie Parlour (left) All Ireland U18 60m Silver Medalist, on the podium.

Five of Olympian YACs brightest young stars were in competitive action at the recent All Ireland Juvenile Indoor Championship’s which were held in Athlone, Co Offaly.

The competition was of the highest quality as the best of the best the country has to offer pitted their wits against each other for All Ireland success.

Recent Ulster and Northern Ireland Champion Sophie Parlour was in flying form in the U18 Girls 60m. Sophie blasted out from the start and was leading right up to the finish where she was unfortunately just piped on the line, missing out on another gold medal by 0.02secs, the mere thickness of a vest.

This was a truly exceptional performance by this talented athlete who is just returning from a lengthy injury to claim an All-Ireland Silver medal; so no doubt once the fitness returns in full she will be a force to be reckoned with come the outdoor season. Sophie later performed well in the 200m, coming 3rd in one of the fastest heats of the day, just missing out on the final.

Donal Óg O’Brien performed out of his skin in the Boys U17 400m. Donal had an excellent championships running not one but two PB’s in his first ever All Ireland athletics championships where he finished with a superb top 5 placing with a time under 54.6 secs. 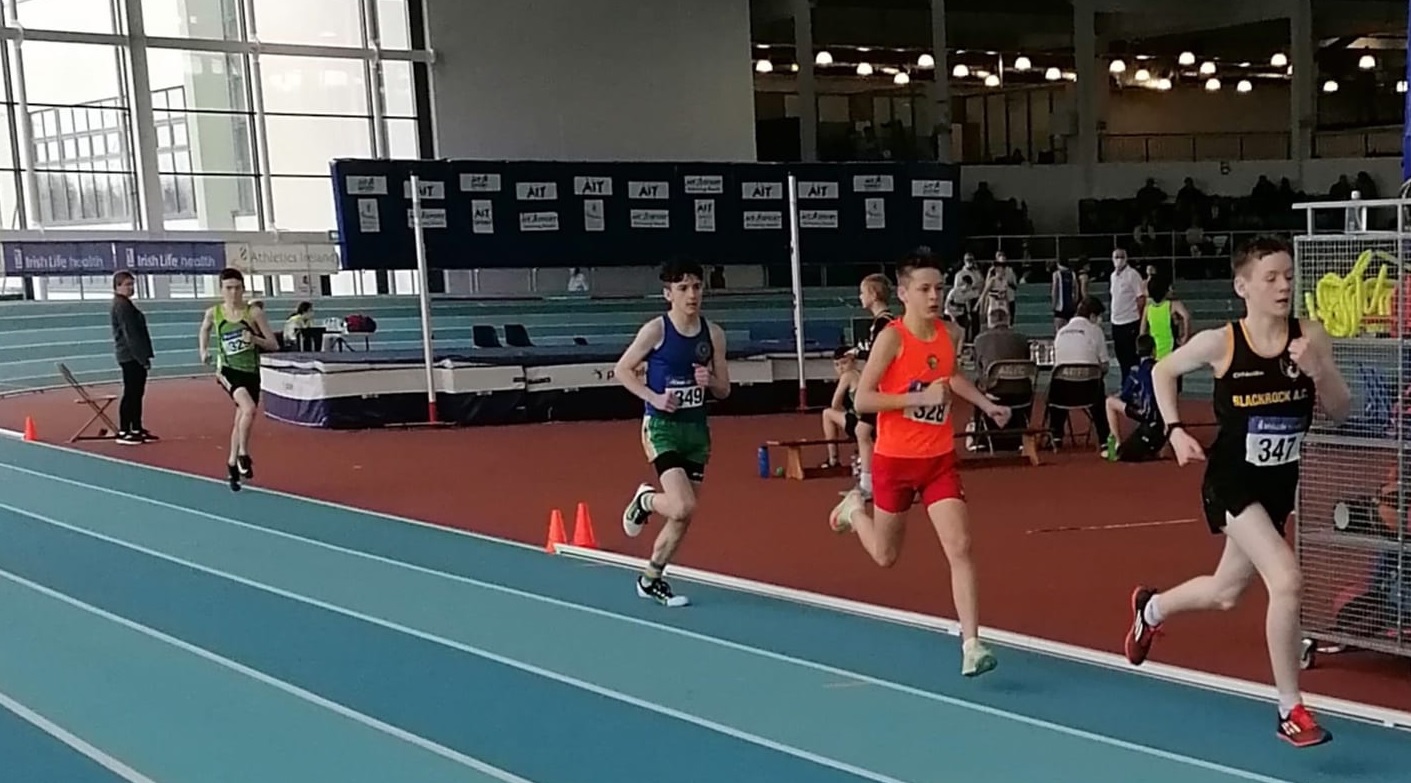 Well done to all over the weekend and thank you again to parents/guardians and coaches who travelled to Athlone to support the athletes. Yet again, every single one of our Olympians gave it their all and the proud coaches could not ask for more. It was great to see the Olympian flame continue to burn brightly, this time on the national stage. Well done to all and keep up the great training.

We are insured to cater for any and all abilities from 8 years of age right up to senior and master’s level who wish to train, keep fit, have fun, and/or compete at a local to national/ international standard.

Training continues on Tuesday and Thursday evenings from 7pm at Templemore Sports Complex Track. For further details please contact Michelle O’Donnell or message the club via Facebook on Olympian AC.