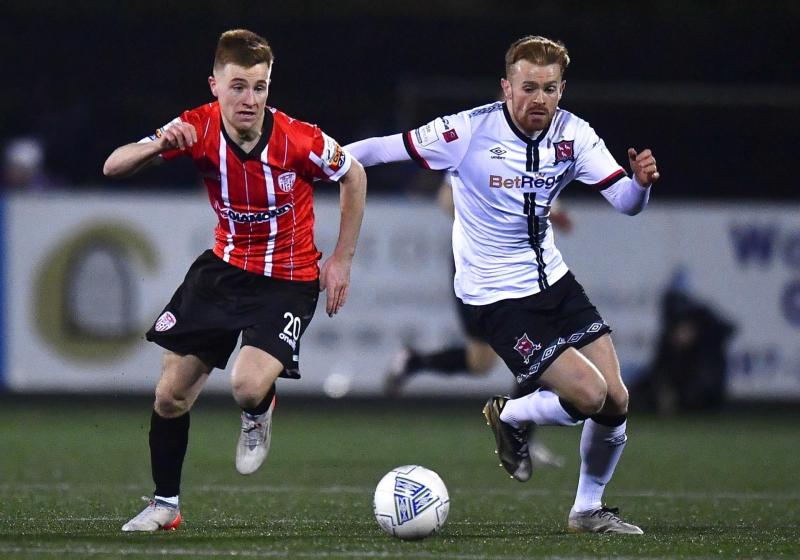 Brandon Kavanagh against Dundalk in the opening game of the season. Photo: Ben McShane/Sportsfile

Brandon Kavanagh believes that Ruaidhri Higgins’ success as a manager so far is down to the fact that he is still a player at heart.

Higgins is approaching the end of his first year in senior management, during which he has taken Derry City from the bottom of the table to European football, which he has followed up on by taking his team to the top of the Premier Division this season.

He has also attracted some of the biggest names in Irish football to the Brandywell and ended long winless runs against the likes of Dundalk and Shamrock Rovers. This consistent progress is down to the fact that Higgins kicks every ball from the sidelines according to Kavanagh.

“I think it’s exactly that,” he said. “He’s so passionate about the game and wants everyone to do so well. He drives us on every morning in training and every day we’re driven and I think that’s the main aspect because you need to love the game and that’s exactly what he does.

“If someone needs a talking to Ruaidhri will do it and he’s brilliant in that way. Listen, the lads love him and as you can see on the touchline the celebrates every goal and kicks every ball. He’s there with us and I think that’s just the way the whole group is, we’re all together and that’s how it has to be.”

Kavanagh seems to have won the trust of his new manager very quickly, with the midfielder involved in every one of Derry City’s six games so far this year. One of the lesser known signings to arrive in the close season, the 21-year-old has slotted in comfortably alongside other big names.

“I trust in myself and I believe in myself and I’m so happy that I can play with these types of players; your Patrick McEleneys and your Mickey Duffys,” he added.

“They are the best players in the league and they have been for so long. For me it’s about learning from them and playing with them and expressing myself and showing them what I can do. It’s brilliant, especially when you can train with them and play with them. They bring that winning mentality that you need to have in the squad.”

Kavanagh and his team mates head to Dalymount Park tomorrow hoping to continue their impressive start to the season at a ground that has largely been good to Derry City over the years. For Kavanagh, who played at U19 level for Bohemians, it is another chance to prove himself to his peers and his manager. 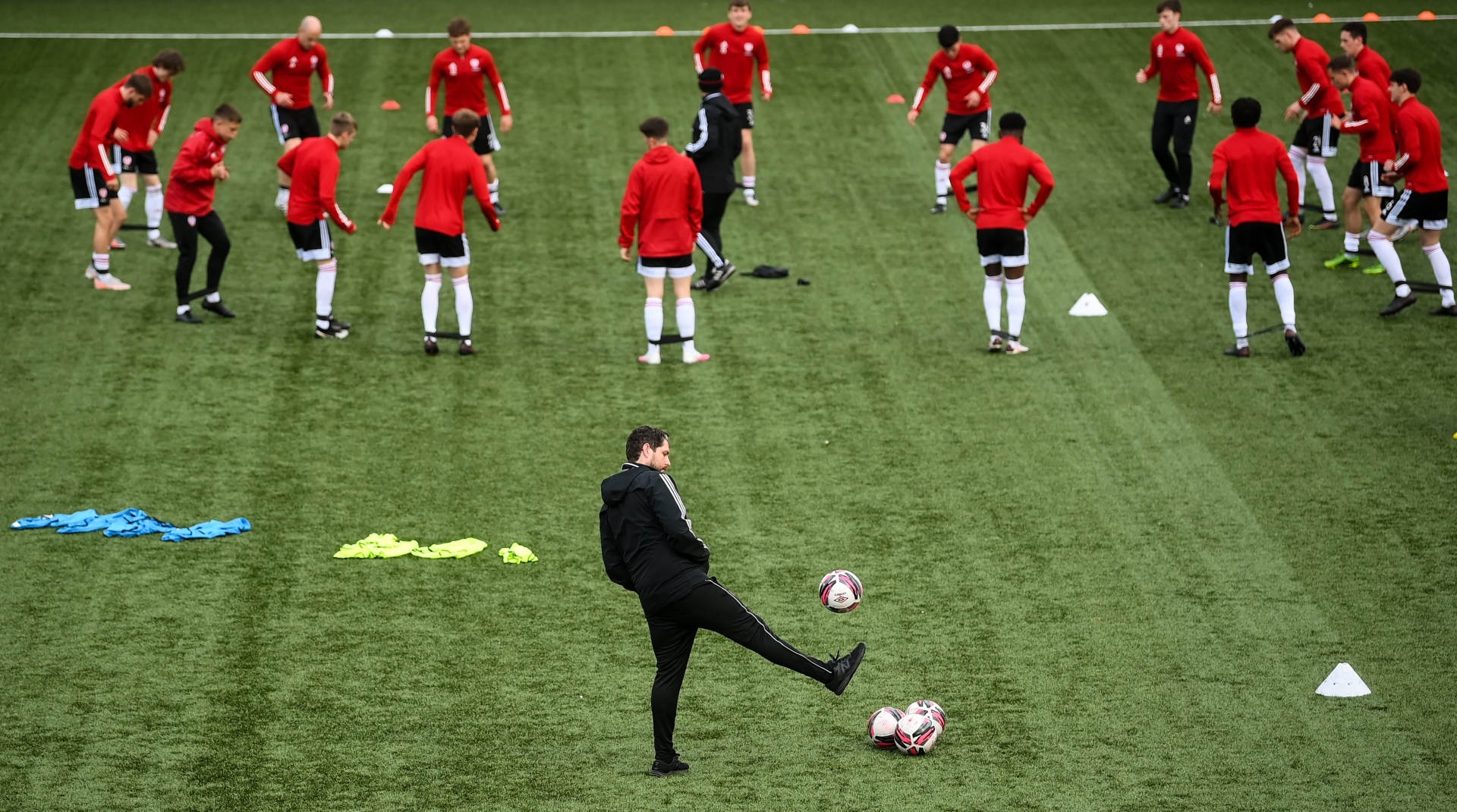 Ruaidhri Higgins’ passion for the game has inspired his players. Photo: Stephen McCarthy/Sportsfile

“I’m loving it at the minute,” he insisted. “It’s been brilliant for me and it’s been really enjoyable. The group of lads there are brilliant and we work hard every day and just look forward to every game. We’re playing well at the minute but we don’t look too far ahead; it’s just Friday in front is us and it’s about getting three points and that’s what we’re aiming for.

“I want to make and score goals,” he continued. “The goals we have scored have been brilliant but it’ll come. It just takes time at the start of the season; I’m in no rush and I’m not going to put myself under pressure to score my first goal. It’ll come, I’ll just keep doing the right things and working hard and it will happen.”

The Candystripes will face an opponent under pressure to perform in tomorrow’s game, with Bohemians having won just once in six outings this season. Keith Long’s side drew 1-1 at UCD in their last game before the international break and were booed by a section of their supporters.

“We need to have a look at everything, in terms maybe of our style of play, our formation with personalities and personnel in certain positions. I think after six games we’d expect a little bit more.”