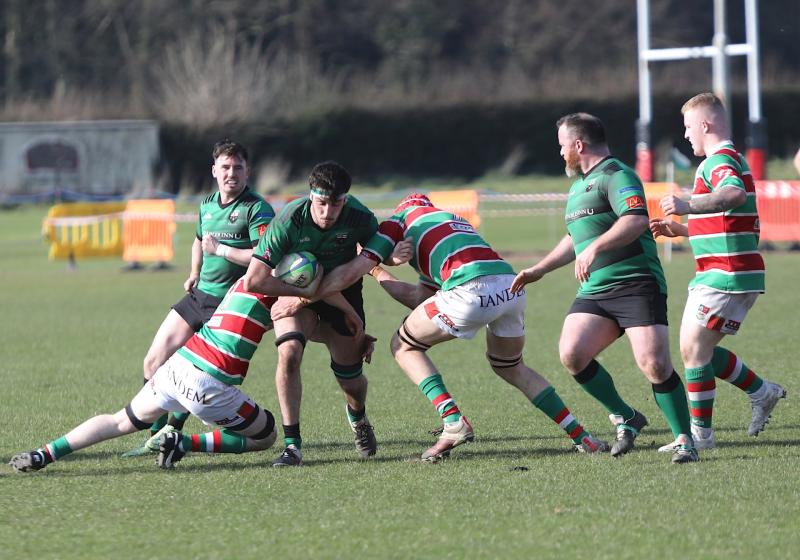 City of Derry have two games left to save themselves this season.

On paper, the odds are stacked against City of Derry this weekend, but that could work in their favour judging by the fight they have shown to stay in Division 2C in recent weeks.

Richard McCarter’s side are hanging onto their All-Ireland status with everything they have, and there have barely been any fingernails left watching their recent home wins over Bruff and in particular Sundays Well.

For all their shortcomings this season, McCarter’s side have shown some true grit when up against it in recent times, and that is giving the manager believe that his team can hang on and avoid a relegation play-off, which will transpire if they finish inside the bottom two.

With just two games left – away to Enniscorthy and home to Tullamore – Derry climbed out of the bottom two with last week’s vital, vital win over Sunday’s Well, replacing their opponents in the process.

It was a day of frayed nerves at Judges Road with a late try from Ross Mclaughlin and a penalty from Alex McDonnell seeing the hosts come from behind to lead for the first time in the game. That was enough for four very valuable AIL points. McCarter’s emotional celebrations at the full time whistle showed exactly what it meant.

“At half time I just told them to keep doing what we were doing because I thought we were the better team,” he reflected. “We looked threatening and I suppose like a typical Munster team they were just looking to eek out penalties and put us under pressure, but we were actually playing well which is how things have been going most weeks in general.”

The returning Simon Logue made a huge difference to the team last week, chipping in with a try just before half time, then playing a part in those two crucial second half scores. McCarter, who has had key players missing all year, could not deny the importance of his contribution. 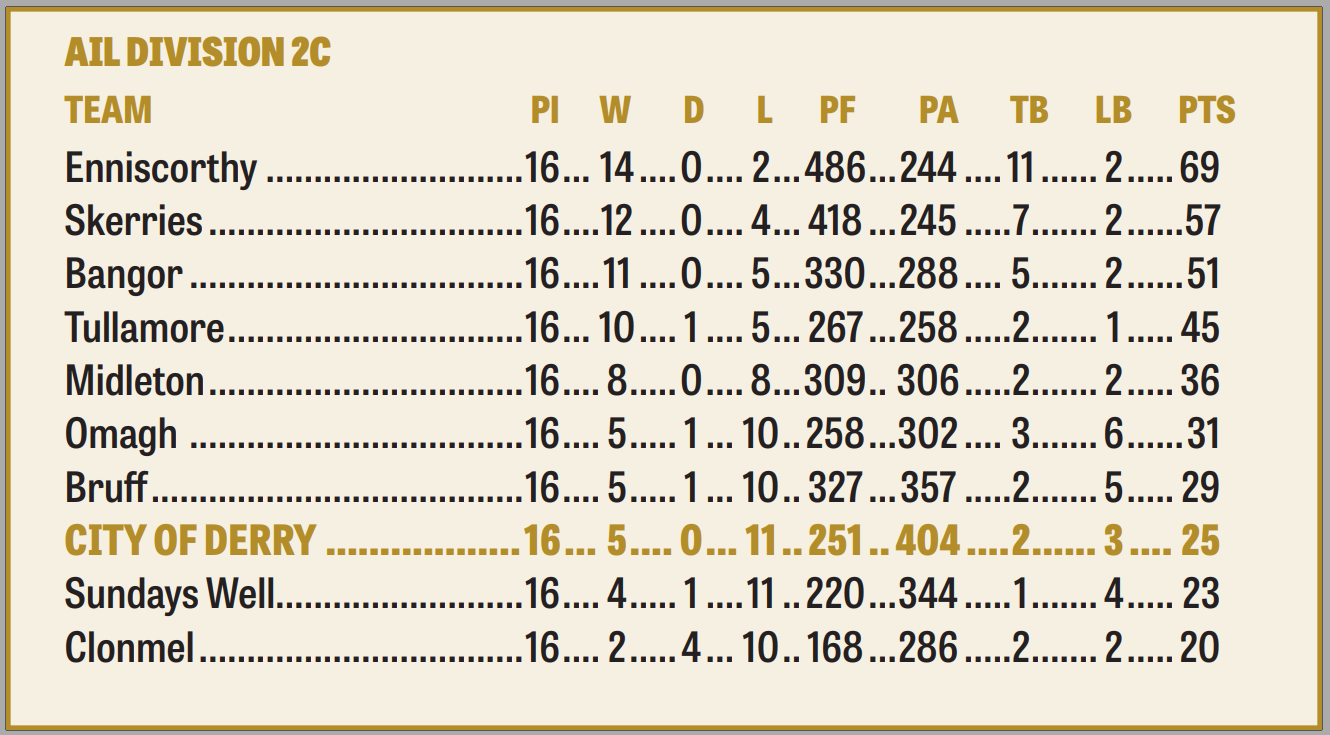 “He’s different gravy and it’s no disrespect to the other lads but he’s just a level above,” he said.

“Every time he got on the ball, he was superb. But I thought other players put their hands up defensively as well; Davy Graham had a couple of really crucial turnovers at the end and to be honest it would be unfair to single out anybody because it was a real team effort.”

Also key to Derry’s victory was Alex McDonnell who missed two penalties early on, but hit back to hold a 100% record in the second half.

“I said to him at the end of the game last week that he has nerves of steel,” McCarter admitted. “Anybody else’s head could have gone down because they were two relatively, nit straightforward kicks, but for him you would expect him to knock them over. But he stood up and he didn’t miss a kick in the second half and he only grew in confidence.

With just two weeks of the season remaining, Enniscorthy are 12 points clear in first place, but McCarter isn’t expecting the leaders to take it any easier on his team regardless. City of Derry have to rescue themselves and they have certainly shown they are up for the fight.

“We’ve done nothing yet,” McCarter said. “We knew we had three cup finals left and we knew we had to win (against Sundays Well), but we are also realistic and understand that there are two more to come.

“They keep digging in and they are a good bunch of boys and the important thing is that we just keep believing that we can get through this and just keep fighting every week. We showed last week that we have the ability and we are capable. Sundays Well’s form coming into the game was top four and I’ve always said this season that we can mix it with any team in this league and we have backed that up.”