Derry City's McEleney a doubt for visit of Drogs 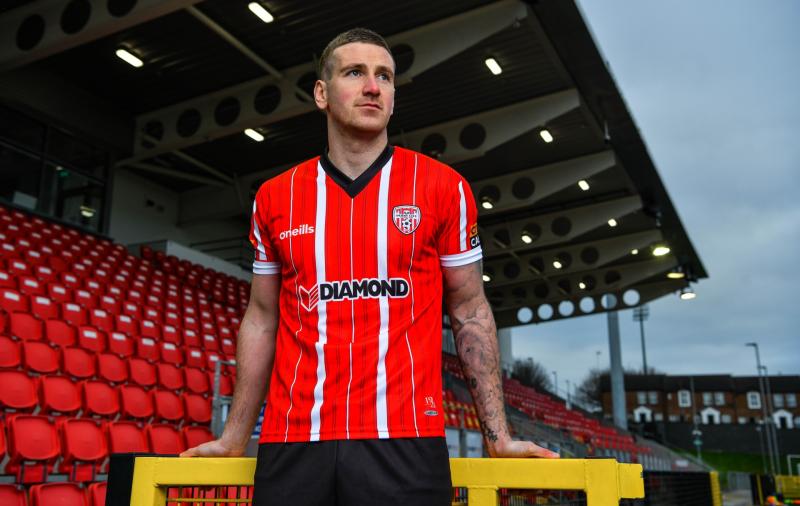 Doubtful - Patrick McEleney picked up an injury during training yesterday.

The former Dundalk man picked up an impact knock at training yesterday and boss Ruaidhri Higgins concedes he'll leave it until the last minute to see if he's available.

Speaking yesterday, Higgins said:  "Patrick took a knock in training today, it was bit of a bad tackle unfortunately, so we'll see how it he is closer to kick-off," he stated.

"He was doing really well and getting himself into a rhythm, but it was just a collision really, so we'll keep an eye on him. "

Evan McLaughlin looks like he's back in the squad and we'll see how Mickey Duffy is in the morning, so we are getting there squad wise.

“I think we are getting closer to having a fully fit squad, but we just aren't there yet."

The Brandywell men had a night off on Friday evening and while tonight's opponents suffered a heavy 3-0 loss at home to Sligo Rovers and because of that defeat, Higgins is expecting the Drogs players to be 'hurting'.

"I don't know how they'll going to approach the game, but they'll be hurting," he insisted. "

Because there's good characters in the dressing room, players like Gary Deegan, Dane Massey and Keith Cowan and when good characters get beat they normally recover properly and react properly.

"I'm sure they'll come here with a lot hurt in them which will make for a very difficult game but we just have to start fast and play on the front foot.

"We'll also be trying to use our home advantage and get the crowd right behind us."

The Brandywell men are the bookmakers favourites tonight, but Higgins believes that this season already has shown in the early stages that on their day every team can get a result.

"I think we can all see already this season, how evenly teams are matched," he added.

He concluded: "Anyone can beat anyone in any given day, so we know that this is going to be a very, very difficult fixture and we need to be really professional on how we go about it."