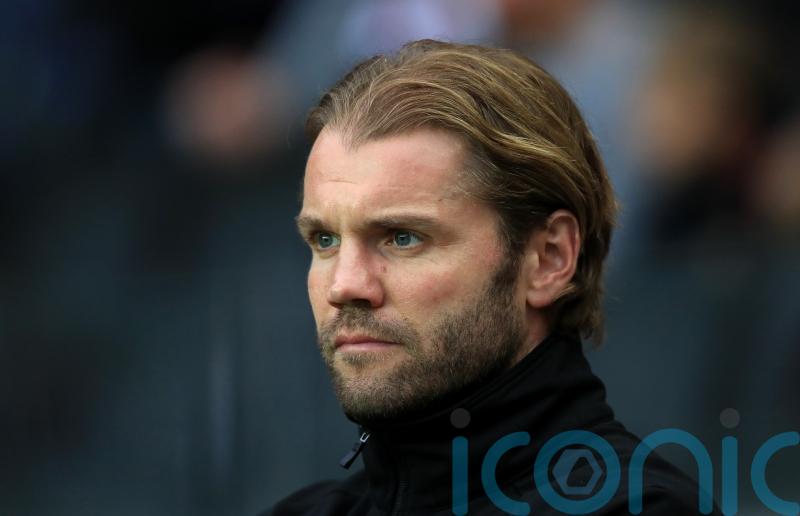 Robbie Neilson hailed Aaron McEneff after the midfielder came off the bench to inspire Hearts to an absorbing Scottish Cup quarter-final victory over St Mirren.

Just 26 seconds after being introduced in the second half, the Irishman restored Hearts’ lead after Saints had fought back from two goals down. He then set up Ellis Simms for the fourth goal in the 4-2 victory.

Former Derry City midfielder McEneff has been restricted to just four substitute appearances since the turn of the year and manager Neilson was delighted with his match-winning impact.

He said: “Credit to Aaron because he’s not had the opportunities he’s probably deserved.

“But he trains well every day and it’s credit to him that when he does get a chance like tonight, he comes and changes the game for us.

“I’m delighted for him because he’s a great kid. He hasn’t had the opportunity his training has merited.”

Hearts stormed into a two-goal lead through Beni Baningime and Peter Haring before Eamonn Brophy pulled one back before the break.

Connor Ronan then struck a stunning drive from distance to level before Hearts finished the game strongly.

Neilson added: “It was a good reaction from us at 2-2. It was an unbelievable strike from Ronan.

“I was standing behind it and was delighted that he hit it from that angle. But I ended up clapping it because it was a sensational goal.

“It took that to get them equal to us. But we then made the change and we dominated after that. I felt we created more clear-cut chances.”

St Mirren manager Stephen Robinson admitted his team tired at the end of the game but was aggrieved they were not awarded a first-half penalty when Greg Kiltie was caught by Andy Halliday after getting a shot away.

Robinson said: “I think there was a penalty decision first half and when I see it back it’s quite blatant. But these are things you can’t control.

“I think we ran out of steam in the last 15 minutes, ran out of energy which is something we need to rectify.

“Ultimately, if you concede four goals you are going to lose the game but I’m not sure 4-2 tells the true story.

“We dominated large parts of the game with the ball and caused them lots of problems.”