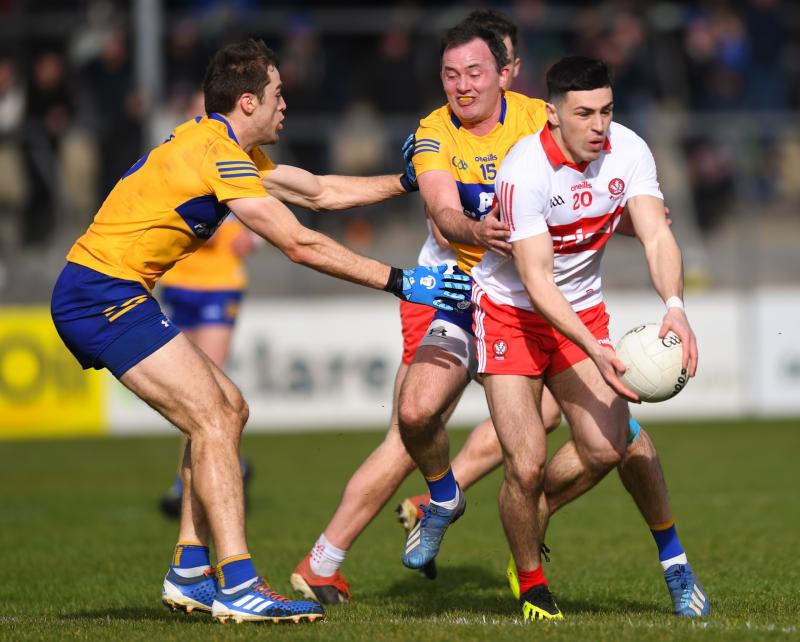 Derry head to Roscommon this weekend hoping to make it five wins from five.

Derry’s bid for back-to-back promotions faces another big test this weekend as they head to Roscommon hoping to maintain their 100% record in Division 2 this season.

Rory Gallagher’s men have been untouchable so far this year, with every passing game seeing the Oakleafers getting stronger and stronger.

The trip to previously unbeaten Clare in the last game was billed at the time as Derry’s toughest test, but they came through it with flying colours, the 9-point victory ensuring that they have their fate in their own hands in the next few weeks.

They are now within touching distance of the league final, but first they have to go to Roscommon and win, before they even look at facing Galway at Owenbeg next weekend. Gallagher knows his team will have it all to do at Dr. Hyde Park on Sunday.

“We’ve won all the games quite comfortably so we’re pleased and we’re in the business end now so we need to push on,” he said.

“We need to go to Roscommon now and if we beat Roscommon we go three points ahead of them and it’s as simple as that and that’s the prize at stake. Roscommon have probably spent three of the last six years in Division One, they have won a couple of Connacht titles and we know that they are going to be another step up. 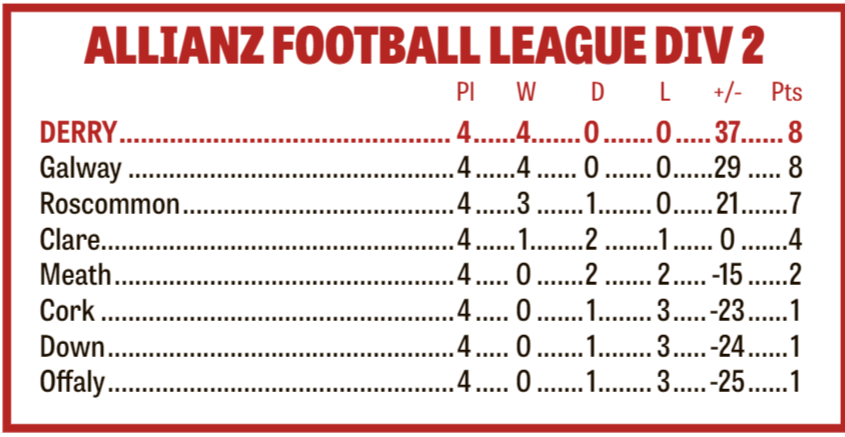 "But that’s the challenge, we want to play the best teams in the country and Roscommon will consider themselves one of them.”

The next two weeks will decide Derry’s season either way as both promotion rivals Roscommon and Galway will need to take points off Gallagher’s side to boost their own chances of success.

That reality has not escaped Gallagher’s notice who knows that his team, despite their improvements and the growing confidence, will have a tough time ahead.

"I suppose we feel we are pushing ahead of certain teams and we have made no bones about it, we want to be one of the top teams in the country and in order to do that you have to come to places like Ennis and win," the Derry manager said.

"We would have taken a one point win (at Clare), but to win relatively comfortably and leave a few goal chances behind us as well. I keep saying it but this is about us fulfilling our potential. It's okay winning but we want to get the most out of ourselves.

"We respected Clare but we respect ourselves as well and we came down, prepared really well and looking to deliver. These boys love playing for their county." 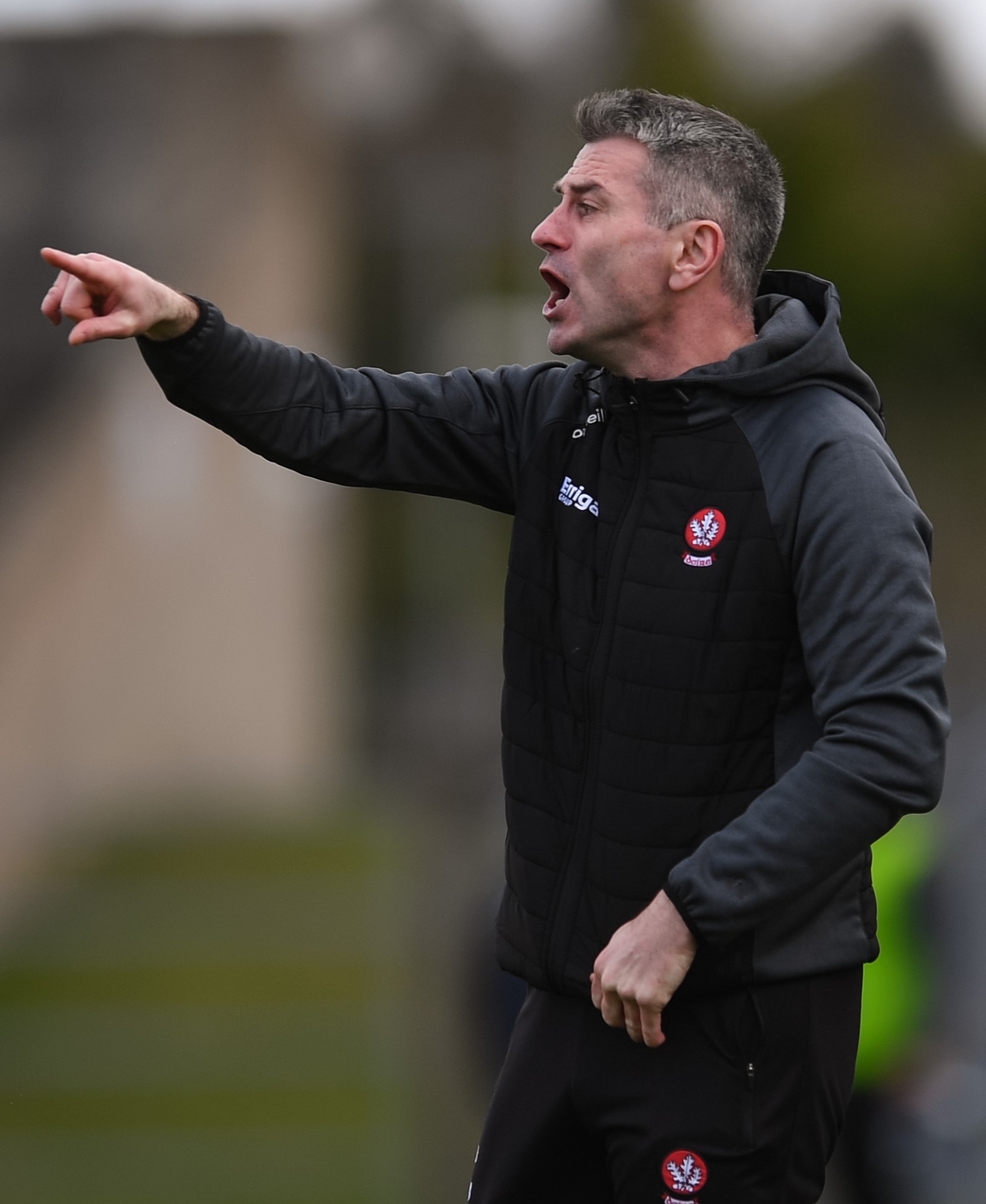 Rory Gallagher has been preparing his team for two huge games against Roscommon and Galway.

There is so much going right for Gallagher and his squad at present. Not only did Gareth McKinless light up the game from the substitutes’ bench, but there were 11 different scorers in all in the victory against Clare. It has been a great start so far, but the hard work still lies ahead.

"Clare are not out of it but it looks as if the games we have ourselves against Roscommon and Galway are going to have a massive bearing on it (promotion) but we wanted to earn the right to be there,” Gallagher continued. “We've done that, we've looked after our business to this point, and we have got to get ready for Roscommon."

"It is a very simple trajectory for boys but we have 25 players at a phenomenal level and that's what we are trying to achieve. First of all, we have to make sure we have enough to get us points but we are heading in the right direction but we want all the players to push on."