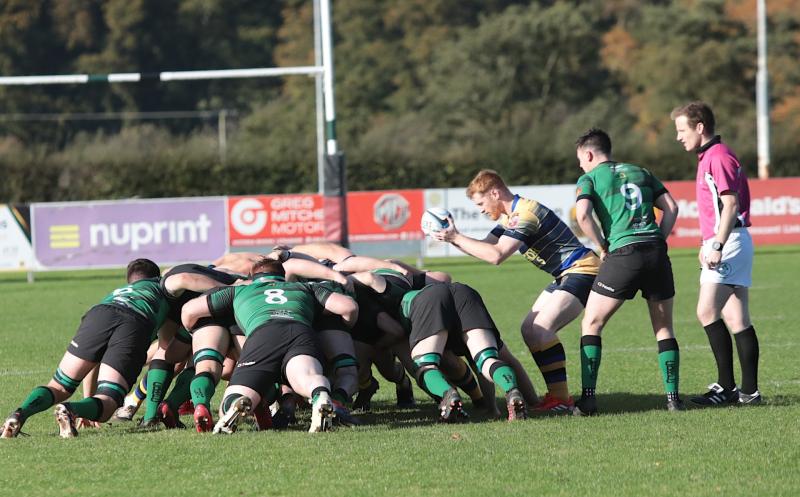 It is all heading towards a win or bust showdown between City of Derry and Sundays Well at Judges Road at the end of this month after another twist in the battle against relegation this past weekend.

After last week's encouraging victory over Bruff, Derry travelled to Bangor at the weekend with high hopes, but despite coming from behind at half time to lead, Richard McCarter's side fell away in the second half and had to be content with a losing bonus point at the end of a high-scoring game.

Bangor, needing the win as much as City of Derry, started strongly but couldn't pull away against a spirited opponent. Shay Storey scored an early try which was converted by Gareth Millar but Derry got on the score sheet themselves when Davy Graham scored to make it 7-5.

Bangor increased their lead with their second try shortly afterwards when Ben Parker went over, with Millar again converting, but again Derry hit back quickly, with Callum O'Hagan intercepting and going the length of the field to score.

The game was back and forth and Bangor scored their third try with half time approaching, Danny Young scoring to give the home side a 19-10 lead heading into the break.

Whatever Richard McCarter said at half time certainly worked as Derry exploded out of the blocks in the second half and turned the game on its head.

After Alex McDonnell scored a penalty, Tiernan Thorton scored the visitors' third try to put them into the lead for the first time at 20-19

Unfortunately, Derry couldn't keep that momentum going and the game fell away from their grasp from there. Danny Young grabbed his second try of the day and when Mark Widdowson scored the home side's fifth try, Derry knew they were in trouble.

Ross McLaughlin pulled a score back for Derry to ensure a bonus point but the home side came again, with Ally McIvor scoring two tries in quick succession to make the final score much more emphatic than the game suggested.

With Sundays Well dominating Omagh Academicals and Clonmel losing heavily to Skerries, the picture at the bottom of Division 2C has again changed, with Derry slipping back to ninth, behind Sundays Well, who come to Judges Road on March 26.