Midfielder promises to do everything he can to return to fitness 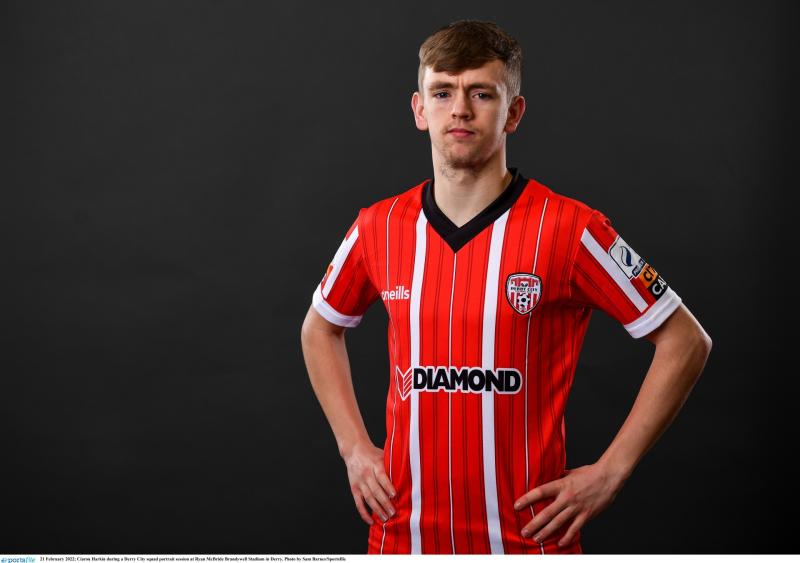 Ciaron Harkin has been a key player for Ruaidhri Higgins.

Ciaron Harkin has said he will do his best to get back to full fitness as soon as possible after the club revealed that he had suffered an ACL rupture during the recent win over Shamrock Rovers.

The midfielder, who was set to make his 100th appearance for the club against Sligo Rovers on Monday past, suffered the injury in the second half of City’s first home game of the season. While the night will be remembered for Jamie McGonigle’s late, late winner, it will not be recalled so fondly by Harkin, who now faces a lengthy spell on the sidelines.

“We’re all gutted for him but we know the type of person he is and we know his character. I have no doubt that he will come back from this a stronger person,” City boss Ruaidhri Higgins said.

“We need to see the values that he brings to the team remain within it. He may not be able to have the impact on the pitch that he would have wanted, but he is an integral part of our dressing room and will remain so throughout the season.”

“Everyone at the club holds Jackie in very high regard. He will get the best of help from our excellent medical team throughout his recovery.

“We will assist him in every way possible to get him back doing what he does best as soon as possible.”

Harkin himself took to Twitter this evening and admitted it was tough news to take.

“It has been a very tough/weird few days,” he said. “After getting my results today the outcome wasn’t what I wanted to hear but these things happen. I’m ready for what’s next and what’s needed to recover best and as quick as possible!”