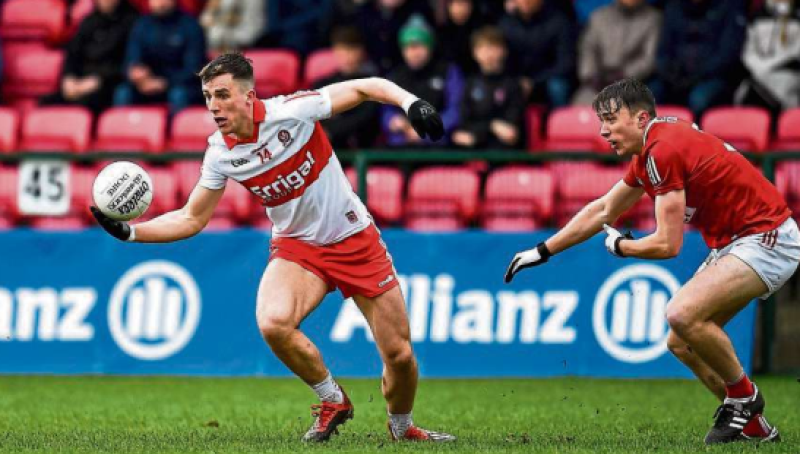 Derry remain on course for promotion back to Division One after a comfortable nine-point victory over Clare at Ennis Park yesterday.

It is now four wins from four games so far for Rory Gallagher's side who produced an emphatic second half display, despite being far from perfect against a dogged opponent.

Simple mistakes and some poor decision making cost Derry at times in this game and as a result they were only able to pull away in the second half, thanks in main to the contributions of substitute Gareth McKinless, who scored a goal and set the other one up.

It leaves Derry on course for a return to Division one for the first time since 2015, with confidence growing with every passing game.

Starting with the same 15 which defeated Cork at Owenbeg last week, Derry came out of the gate fast and move two points clear thanks to Paul Cassidy and Oisin McWilliams.

Griffins hit back for the hosts but Padraig McGrogan restored Derry's two-point advantage shortly afterwards. Clare tried again through Sexton, but Derry were in control at this stage with McGuigan and Lachlan Murray gave the Oakleafers a 0-5, 0-2 just after 10 minutes.

It proved a false dawn for Derry who scored just one further point in the remainder of the half as Clare made a good fist of it.

Much of it was down to Derry's own discrepancies as much as Clare resolve, with Gallagher's team coughing up possession too easily at times, allowing Clare to break against them at speed.

A free from Sexton was followed by Niall Loughlin's first point but Clare grew stronger as the half went on with their accuracy from frees allowing them to cut into the Derry lead, Sexton and Eoin Cleary taking it to a one-point game at hakf time.

Rory Gallagher had words with his players at the break, but despite that the game was level within a minute of the restart with Darren O'Neill scoring impressively after good build up play by Griffin.

At 0-6 apiece Derry had work to do, but they responded emphatically with McKinless at the heart of what would prove to be second half dominance. 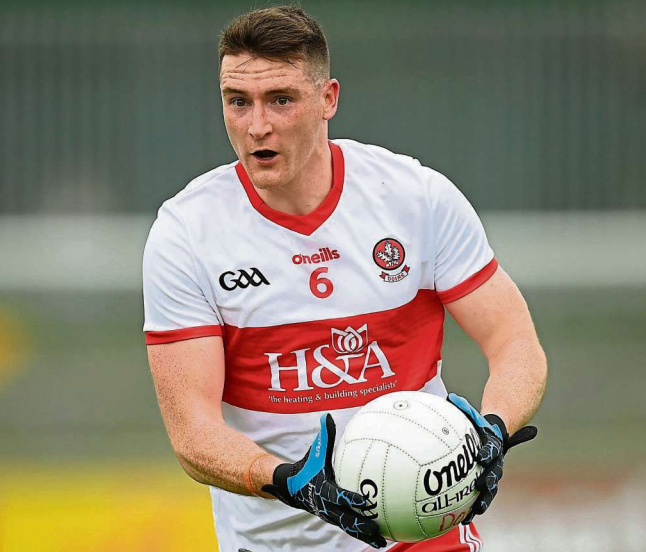 After winning his team a free from which McGuigan restored Derry's lead, McKinless won possession from the Clare kick-out and went on another rampaging run before picking out Benny Herron who sidestepped Clare goalkeeper Stephen Ryan to score Derry's first goal of the day.

Cathal O'Connor pulled one back for Clare, but it was all Derry by now and two points from McGuigan and one from Emmet Bradley made it 1-10, 0-7 midway through the second half.

McKinless was in the mood and after winning another kick-out he burst forward again. Luck was on his side as his attempted pass inside was blocked, but he pounced on the loose ball to fire the ball low across Ryan and into the net for Derry's second goal to make it a nine-point game.

That blow extinguished Clare's hopes entirely and it was just a matter of how many Derry could end up with, with the Oakleafers threatening again and again in the closing stages.

From here it is on to Roscommon in two weeks for Rory Gallagher's team, with that long overdue promotion now a very real possibility.