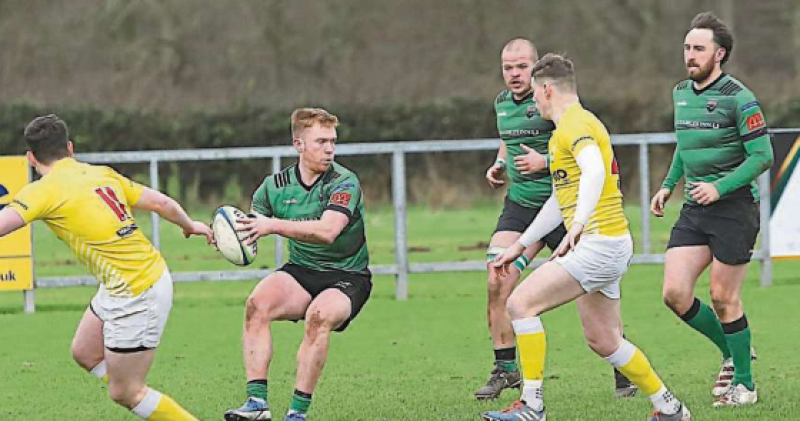 While Richard McCarter may have cheered on Jamie McGonigle’s last minute winner for Derry City on Friday night, it paled in comparison to the joy he felt at full time at Judges Road on Saturday.

In a game that could well have defined their season, a game which they needed to win by any means necessary, City of Derry dug deep and pulled it out of the bag in the most dramatic of circumstances.

Leading 24-17 with just five minutes remaining, Derry needed to hold on. A succession of defeats had dragged them to the bottom of the All-Ireland Division 2C table, and with games running out, they needed the four points here desperately.

They couldn’t hold out. Bruff came at them again, and with Derry down to 14 men following a yellow card to Cathal Cregan, they despaired as Jack O’Gracy raced over the line and the scores were level at 24 apiece.

It would have been easy for McCarter and his players to throw their hands up to the sky and bemoan their luck for the umpteenth time this season.

Dark clouds have been forming over the club with each passing week with the very real possibility of relegation to junior football haunting everyone. So many dropped points and missed opportunities over the weeks had taken them to the brink.

And here they were again, denied a win with just minutes remaining. 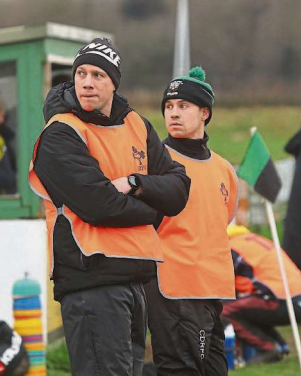 Yet as Jamie McGonigle proved at the Brandywell, it isn’t over until it’s over, and McCarter soon had his own last-gasp hero as Derry poured everything they had into one last attack and the quick-thinking Neil Burns worked it so that Derry had a man over – that man was Darragh Gill and he collected the pass and with everyone in green and black willing him on, he found the corner with one last burst of pace to not only win the game, but ensure a bonus point on top of it, which takes Derry out of the bottom two and into eighth.

It was a day when character was needed and if Cathal Cregan could get off the plane from his honeymoon in Spain at 7am on the morning of the game, then his team mates could certainly put in a shift too.

It was all about wanting it, more than ever before and McCarter made no bones about that before the game. The win here meant everything.

No other result would help Derry.

Conceding early has devastated Derry in recent weeks so avoiding that was the first task, and not only did Derry hold off Bruff early on, they took the lead themselves on 11 minutes.

After winning a scrum inside the Bruff 22’ and after moving first right, then left, Callum O’Hagan and Cregan were free on the left.

O’Hagan could well have passed it to his team mate, but he dummied inside and Derry had their try with Alex McDonnell converting to make it 7-0. 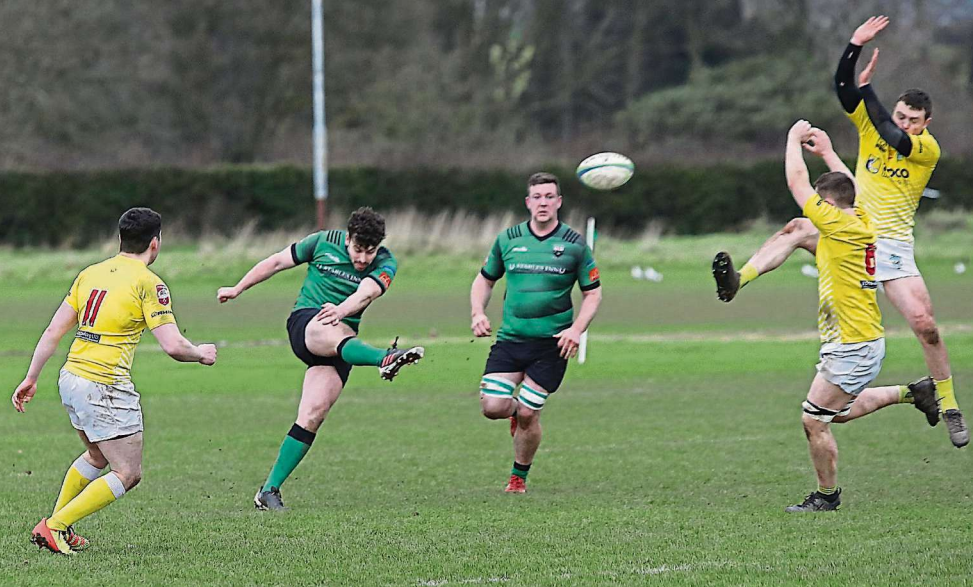 Bruff were level within 10 minutes however as Derry were penalised in the scrum. The visitors kicked for the corner, secured line-out possession and, from a tap and go penalty, moved the ball left and centre Andy O'Byrne was in to score with Paul Collins converting to level the game at 7-7.

Derry took the opportunity of a penalty when it was presented to them with McDonell scoring, but again Derry were straight on to the back foot and conceded the led within seconds, Kieran Bennett racing in with Collins again converting as Bruff took the lead for the first time.

Both teams received yellow cards before the half was done, Bruff’s Andy O’Byrne for a high tackle and Derry’ Davy Graham after frustration got the better of him. That cost Derry in more ways than one as Collins converted a penalty to give the visitors a seven-point 17-10 lead.

Derry had it all to do.

The next score in this game was all important and fortunately it went Derry’s way on 57 minutes. It was all about patience and persistence as Davy Brown finished off a good spell of pressure before McDonnell converted to make it 17-17.

Derry then suffered a blow when Cregan saw yellow, but such was the spirit of the home side, that they didn’t fall back this time and instead took the game to Bruff and regained the lead in the process.

McDonnell, brilliant throughout, skipped past two Bruff backs to set up a run for CJ Cregan, who took one for the team, injuring himself as he went over the line. His day was done, but Derry still had plenty to do, even with McDonnell coverting again to make it 24-17 with 12 minutes left on the clock.

Before Derry could be restored to the 15 for the last embers of the game, Bruff devastate the with another try and it looked as of all was lost.

Then came that dramatic finish, with Gill on the spot to win it for Derry, with McDonnell just making sure with his best kick of the lot from the left touchline into a wind that had played havoc all day long.

With news that Sundays Well and Clonmel had both lost, everything was just turning up Derry on Saturday afternoon, with a great sigh of relief breathed by everyone. However, the hard work is far from done, with a trip to Bangor this week followed by a home game which could decide everything against Sundays Well.