Jamie McGonigle on the verge of Derry City history this evening 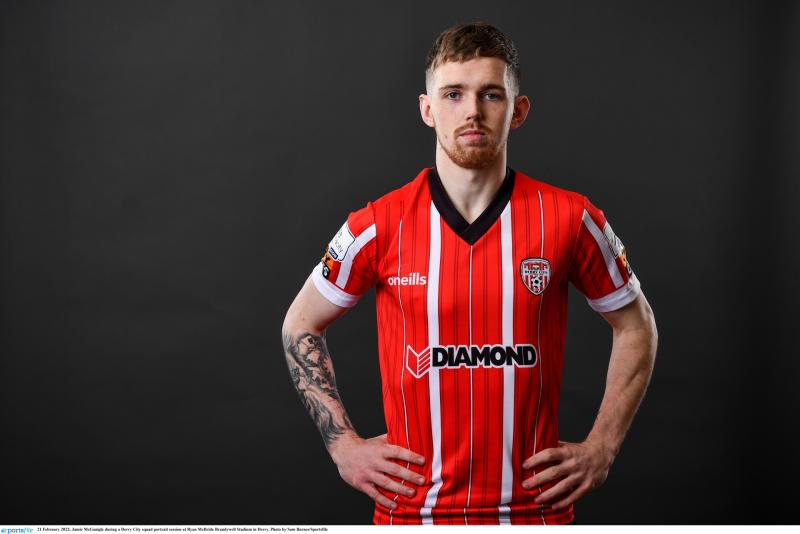 Jamie McGonigle is just one goal away from creating Derry City history.

Jamie McGonigle will become the first Derry City player to score in five consecutive Premier Division games if he manages to find the net against Shamrock Rovers tonight.

The 25-year-old, who got off the mark against Dundalk at Oriel Park last Friday, is also set to match a record held by club legend Alex Krstic set 35 years ago in 1987. Back then the Yugoslavian striker went on an incredible goal-scoring spree between December 1986 until March 1987, scoring in 12 consecutive league and cup games. That run consisted of goals in 9 successive league games in the First Division.

In fact, McGonigle is only the fourth City player since then to manage goals in four consecutive league games, and is the first to do it since Mark Farren at the end of the 2010 season when the Candystripes were back in the First Division. The only other players to score four in a row are Gary Beckett, who scored in successive games between November and December 1996, and Jonathan Speak, who managed it twice, in 1987 and 1988.

In Derry City’s 37-year League of Ireland history, there have been only three other players who have come close, with Owen Da Gama, Felix Healy and Rory Patterson scoring in five successive games, through variations of league and cup ties.

South African hero Da Gama ended City’s first season on their return from exile by scoring in five successive Shield games in March/ April 1986 on the way to the club’s first silverware as a League of Ireland club.

Rory Patterson managed to score five consecutively on two occasions, in May/June 2013 and September/ October 2014, but the striker, who scored 94 goals overall for Derry City, never managed to score in more than three league games in succession.

It puts McGonigle on the verge of a significant achievement relatively early on his Derry City career. Having scored against Finn Harps, Sligo Rovers and Dundalk at the end of last season, the striker is now just one away from becoming the first player in City's LOI history to find the net in five Premier Division games in succession.

Players with goals in successive games (league and cup):