'Surprised' Simpson finds himself in charge of Derry Senior Ladies 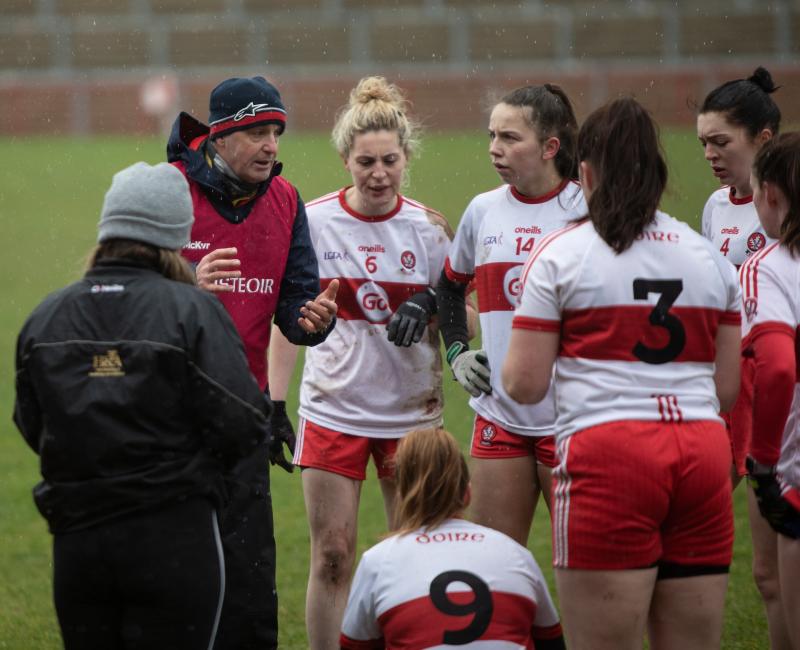 Paul Simpson admitted he didn’t expect to find himself in the Celtic Park dug-out this past weekend after being appointed the new interim Derry Ladies Senior manager.

The Doire Trasna man oversaw yesterday’s 0-4, 1-06 defeat to Leitrim having been thrown into the deep end somewhat following the departure of Odhran McNeilly early last week. With just days to prepare for a home game at Celtic Park, the County Board had to act swiftly and Simpson has agreed to step in until a replacement becomes available.

“There was a change in personnel last Tuesday night and we met the players and the County board at the end of training on Thursday night,” he explained. “We’re looking for someone to fill the position and we’re just trying to pull this thing together for the sake of the players and we’ll see where it takes us.”

Despite a spirited effort, Derry fell to a second successive defeat following last week’s loss at Antrim, on a day when horrible conditions made any sort of play extremely difficult.

“Leitrim scored 4-18 the last day they were put and we knew what we were coming up against but we didn’t do too badly I thought,” Simpson continued.

“I thought we put in a performance and we were very unlucky to be honest. I don’t think we got much rub of the ball. I felt there were a few decisions which went against us and we conceded a really, really bad goal at the tail end of the first half, but I think the conditions contributed to that more than anything else.

“We know that Leitrim are at a further stage of development than us. They are an Intermediate team. This was a position I didn’t expect to be in but we had a plan and we worked the plan to see if we could win it in the second half. We got a few scores but it didn’t work out the way we hoped but we gave it an effort.”