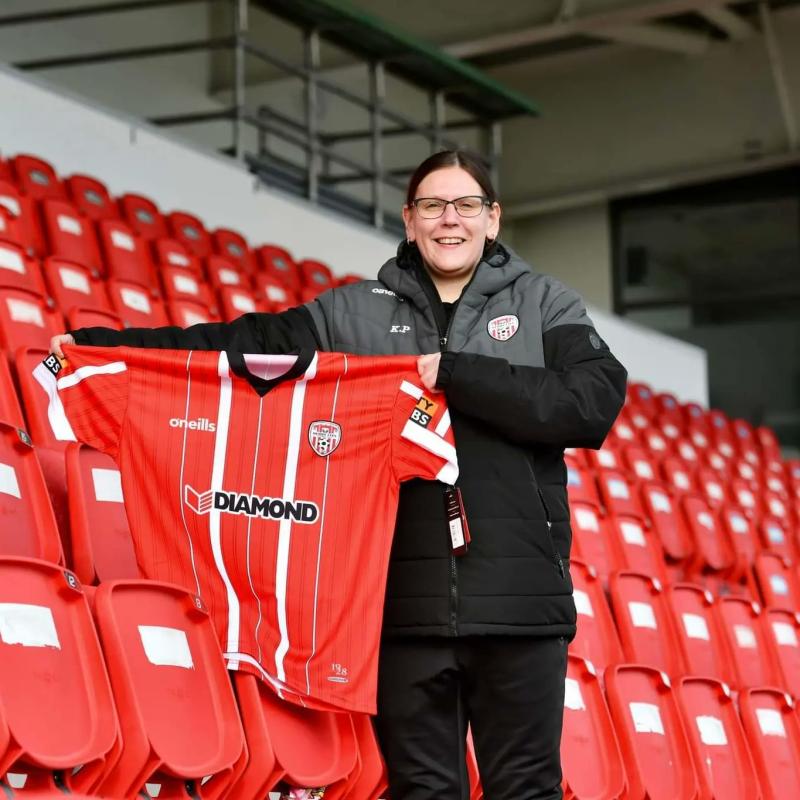 Karen Pyne has promised she will do her best to live up to the memory of Hugh Curran after being appointed the club’s new Supporters' Liaison Officer.

The lifelong Derry City fan is well known to most match-going fans having been a regular at home and away games for years, and having worked in different roles at the club in a voluntary capacity.

With this season promising to be a busy one on and off the pitch, Karen has agreed to take on the new role, becoming an intermediary between the club and its supporters.

As part of FAI Licensing, each club has to appoint someone to the role of SLO. It is a role previously held by friend and fellow supporter Hugh Curran, who sadly passed away in 2020 and Karen has promised to take on the role in his memory.

“When I was asked to be the SLO, I actually spoke to Hugh’s family first and they were happy for me to take the position up, but it’s very big shoes to fill. Hugh was always the SLO in the past so when the club approached me, it was a really big honour. Knowing the way Hugh was and the love he had for the club, I know it’s an important role which he took pride in. I’m similar to Hugh in that sense because anyone who knows me knows just how much I love Derry City. It is a great honour to continue this on for Hugh and I will be doing it in his memory and I’ll do it to the best of my ability.” 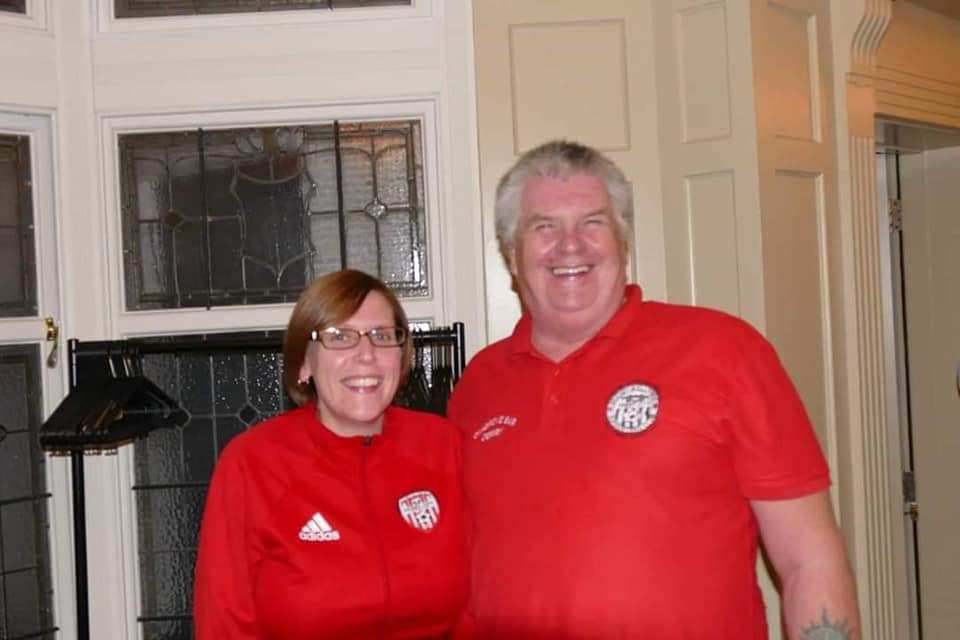 Derry City begin their season away at Dundalk tomorrow night, and Karen will be there, attempting to be as professional as possible for what will hopefully be the third successive victory over the Lilywhites.

“I just enjoy the buzz as much as the next person,” she laughed. “I love going to the Brandywell, I love seeing everyone there, I love the atmosphere and I love seeing them great football, which I hope to see this season. This could be a big season for the club on the pitch and off the pitch and if I can help anyone with any questions or concerns, they have, I will be there to help as best I can.”